The Fed has raised its target interest rate seven times since March, most recently in December, and the central bank is not quite done in its battle against inflation. This is going to have a ripple-down effect on your credit card interest rates too.

The annual percentage rate (APR) on a credit card is the total cost of the credit to you. The periodic interest rate that the issuer applies to your outstanding credit card balance to arrive at your finance charge for a billing period is a part of this. Most credit card issuers charge cardholders a variable interest rate based on the prime rate, which is linked to the Fed’s key benchmark policy tool, the federal funds rate.

The Federal Reserve has taken up its target interest rate a few times this year. Beginning with a 0.25 percent increase in March, the first rate raise in nearly four years, the Fed followed up by increasing it 0.50 percent at its May meeting. For June, July, September and November, the Fed raised its target rate by 75 basis points at each of these meetings, as it aimed to tackle inflation and also end its coronavirus-related stimulus efforts. And in December, the Fed moderated its rate hike to 0.50 percent. This takes up its target rate to the 4.25 percent to 4.5 percent range as of December. And the Fed is not done yet, which means interest rates are likely to head further up in 2023.

The target Fed funds rate is the rate at which the Fed desires banks to lend money short-term to each other. The Fed aims for this rate, rather than explicitly setting it. That’s why it’s a target rate.

During times when the central bank wants to boost the economy, it aims to keep lending costs low. A low interest rate regimen started in 2019 as some concerns about a global slowdown ensued. This rate-cutting action continued as the pandemic hit in 2020, causing the Fed to take down its target rate to a 0 percent to 0.25 percent range.

The Fed also engages in other measures, such as buying securities, to release more money into the economy and lower interest rates. For instance, the Fed engaged in boosting the economy during the recession that started in December 2007 after the housing market collapse impacted the global financial system. Its target rate went down to the 0 percent to 0.25 percent range back then, too. It slowly started to raise rates beginning in December 2015. And the Fed is now taking measures to make credit more costly, in order to slow down the economy.

Why are credit card rates so high?

With the fed funds rate in the 4.25 percent to 4.5 percent range in December, you might be wondering why the interest rate your card issuer is charging you is much higher. (The average credit card interest rate is now higher than 19 percent.) Considering that the U.S. prime rate was at 7.0 percent in mid-December, this is indeed a hefty markup!

So why is there such a big markup on credit card interest rates?

Another aspect is that the Credit Card Accountability Responsibility and Disclosure Act of 2009 (the CARD Act [PDF]) provided more consumer protection. This means card issuers face more risks and that is also reflected in their interest rates. For instance, among other protections, they have to give consumers advance notice of any hike in interest rates (interest rate changes issuers make that don’t result from Fed actions), as well as advance notice of any other significant changes.

How you can get better card interest rates

While you as a consumer can’t manage the macroeconomic factors that cause the Federal Reserve to set its target interest rates, you can still aim for a better interest rate on your credit card debt. Some ways to do this include:

With average credit card interest rates climbing above 19 percent, the best thing consumers can do is strategically manage their debt. They should also ensure they are doing their research to make certain they are receiving a rate that’s on the lower end of a card’s APR range. The rate you get depends largely on your credit score, but if you connect with a customer service representative, you may be able to negotiate your rate. So, now would be a good time to aim for the best interest rate you can wrangle. 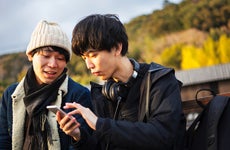 Why did my credit card issuer just increase my credit limit? 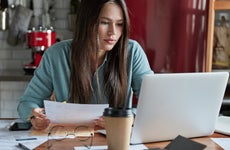 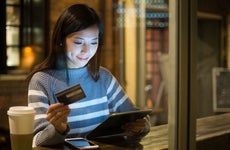 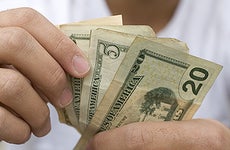