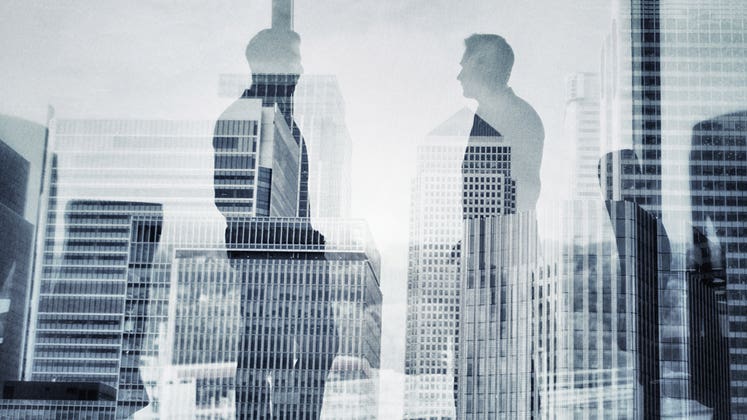 Have the nameplates suddenly changed at your local bank? How about your health care provider, cable company or favorite airline?

If so, you’re not alone. Mergers and acquisitions are increasingly common in the U.S., as activity has heated up over the past year, including Anthem’s proposed $54 billion acquisition of rival health insurer Cigna.

Each time a company is sold, its customers are left with a slew of questions about the impact on customer service, product offerings and prices. Take Charter Communications’ $77 billion bid earlier this year for Time Warner Cable. Combined with its $10.4 billion side offer for Bright House Networks, the deal would lump together 24 million TV subscribers in 41 states. The combination still awaits regulatory approval.

Charter Communications certainly hopes that customers will see a benefit. CEO Tom Rutledge says a “New Charter” could accelerate the deployment of faster Internet speeds, and the tie-up could increase cooperation among cable giants to offer public Wi-Fi networks to subscribers.

One way to find out is to look at the track record of each company. There are a number of places you could go for that information. According to the American Customer Satisfaction Index, or ACSI, customer service has nowhere to go but up. ACSI’s rankings show that Time Warner is notoriously bad at customer service, and Charter and Bright House haven’t fared much better.

ACSI, which bases its rankings on national customer surveys, is just one place where people can go to find out if a new company is going to be good for them. There are several other agencies that can also provide details of a company track record.

Here are some of the more popular ones.

If you want to learn more about the performance of a company, the Better Business Bureau is a great place to start. The nonprofit has published more than 4 million reviews on various businesses and assigns them grades based on their opinion of the business. You can also use the BBB to file your own complaints against companies.

More On Consumer Complaints And Mergers:

If a spike in the cost of your cable bill has you muttering aloud, don’t rip up your bill in spite. If you’ve already tried to work with your cable company to no avail, try the Federal Communications Commission, which has an online complaint center to take all your queries and is responsible for enforcing cable regulations and protecting consumers.

Bank acquisitions slowed after the 2008 financial crisis, but in recent years, there has been a growing consolidation of credit card businesses and financial institutions that’s changing the industry landscape. The Consumer Financial Protection Bureau will help you understand the terms of their agreements with financial companies. It monitors financial markets for new risks to consumers and also takes consumer complaints.

4. Airlines: US Department of Transportation

Airlines are benefiting from cheap fuel costs, strong travel demand and industry consolidation that has staved off price wars. But the integration of two airlines is complex, to say the least. Airline mergers can mean combining different technologies, such as computer systems, and procedures used by pilots and the flight crew. It also means combining airline miles in frequent flier programs. The U.S. Department of Transportation, or DOT, takes consumer complaints for issues like flight delays and mishandled baggage. The DOT also releases a monthly report that assists consumers with information on the quality of services provided by the airlines, so you can keep abreast of which airlines are struggling the most.

Health care has been one of the busiest sectors in the mergers and acquisitions market this year, according to Thomson Reuters. The Affordable Care Act also has hospitals and other providers taking a second look at their operations to see where they can cut costs. If you’re looking for information on medicine and drug companies, start with the FDA for the state in which you live. If you have questions about the cost of your insurance policy or other provider issues, visit the website for the department of health in your state for more information.