The wealthy: Spared in Great Recession? 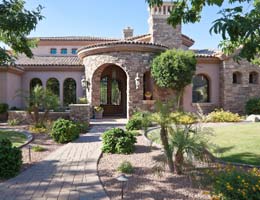 If true winners can be found in any recession, the wealthy certainly qualify in the Great Recession.

According to the Pew Research Center, the simultaneous collapse of the housing and stock market bubbles resulted in a 23 percent decline in the median wealth of middle-income households between 2007 and 2009, while the wealthy experienced just a 12 percent decline. The chief reason: Middle-class wealth is highly concentrated in homes, while the rich enjoy far more diverse portfolios.

“If you look at normal recessions in the past, what usually happens is the rich fare very poorly because the stock market goes down quite a lot, and inequality tends to decline,” according to Don Peck, author of “Pinched: How the Great Recession Has Narrowed Our Futures and What We Can Do About It.” “That really hasn’t happened in this recession. By most measures, income inequality has actually increased.”

The wealthy also were largely spared the pain of unemployment. According to Pew Research, the fourth-quarter unemployment rates for workers without a high school diploma grew from 7.7 percent to 15.3 percent between 2007 and 2009, while the rate for workers with a college degree remained less than 5 percent.