Halloween and Day of the Dead may have passed, but that doesn’t mean vampires, werewolves and other celebrities of the undead slink away back into the shadows for another year.

Vampires are finally stepping out for their moment in the sun — the metaphorical sun, of course. The final installment of “Breaking Dawn,” a two-part film adapting the final story in the “Twilight” saga has premiered, sending tweens and unabashed adults alike into full vampire feeding frenzy.

Finding out more about the daily, um, “lives” of vampires is of course easier said than done. As any 12-year-old or mom can tell you, vampires thrive in the night. Although romantic novel accounts are a bit conflicting, the general consensus is that they have chiseled or voluptuous features, a charmingly detached issue with staring, and they would never, ever hurt Bella. Well, Edward certainly wouldn’t anyway.

Dashing, fanged movie star or not, the logistics of being a vampire in this day and age certainly can’t come easily — or cheaply, for that matter. Dracula would spin in his coffin if he saw how much it costs to dress as dapperly as a vampire must or get a good day’s sleep.

Those fangs won’t clean themselves 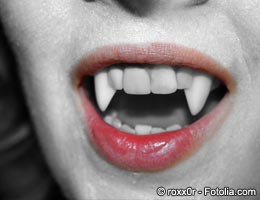 Vampires may be able to take a bullet just fine, but unfortunately for many of them, gingivitis doesn’t care if you’re 40 years old or 800, and fangs don’t brush themselves.

If a few years of lax flossing leaves you squirming in the dentist’s chair, imagine what a few centuries of haphazard dental hygiene will do. Spring a cavity in one of those teeth, and a vampire may as well get a wooden stake to the gums.

It would take several hundred yards of dental floss per month ($30) plus a specially designed toothbrush for dogs ($50) just to adequately clean those enormous canine teeth. Of course, as everyone who knows anything about vampires knows, vampires’ fangs detract when they’re relaxed and going about their daily errands. You don’t have to be a dentist to recognize the host of gum-infection risks this presents. Even the best dental plans wouldn’t fully cover that sort of disaster, leaving a vampire out up to $5,000 every several years to get those evil ivories reconstructed.

In the end, basic — albeit humiliating — caps may be necessary. The self-proclaimed “Vampire’s Dentist” will provide most variations of fangs at a reasonable cost, including the top-of-the-line “Interview with the Vampire” set for only $40, excluding shipping. Did we mention he’s based in South Africa?

Sleep is for the living 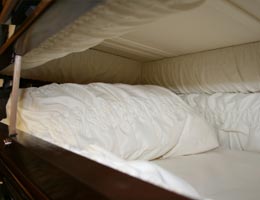 Vampires are awfully cavalier about their sleeping arrangements. It seems that in most accounts, they are quickly exasperated when they have to explain yet again to a mortal person that — if they do sleep at all — they must sleep during the daylight hours. Nowadays, thankfully, there are blackout curtains to help with that.

For the “vein” vampire, there are a couple of premier options to ensure an elegant, undisturbed sleep. Though blackout curtains are pricier in general, the undead will likely splurge on a full silk version, which can cost around $2,000 to outfit an entire room of windows. Made to prevent light through every seam, you won’t be able to tell if you’re 6 feet under or snoozing comfortably upstairs in a creepy, abandoned Victorian home in the suburbs.

Old-school vampires understandably insist on sleeping in the confines of a coffin, which would regularly cost about $2,000. For vampires who dwell in the south, outfitting their coffin with air-conditioning for the summer months will total $7,200. And if they wanted to go all out in typical vampire fashion, they can sleep in the same coffin design that James Brown and Michael Jackson used. At $25,000, the velvet interior will ensure complete comfort while the gold-plated exterior ensures your coffers are as deep as your sleep.

Plus, if coffins are anything like beds, you’ll be replacing those babies every 10 years for maximum comfort — and that can really add up. 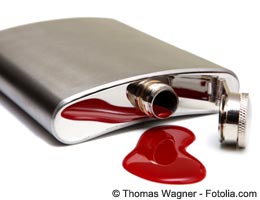 Obviously, the vampires of today are barely recognizable from the vampires of legend. The characters of “Twilight” and HBO’s “True Blood” are more likely to grace the covers of Esquire than to haunt your dreams.

Vampires of the 21st century recognized the public relations nightmare that their terror-inducing forbearers would wreak on their suburban lives and box office returns, leading them to replace their normal diet with a more family-friendly approach. One prevailing alternative is to stock the fridge with Tru Blood, a drink concocted to simulate the vampire equivalent of milk. It might do a vampire body good, but if it isn’t weird enough for one to have to go to Amazon.com to buy some, the $96 for a 24-pack might scare them away.

If vampires don’t want to invest in premium cable in order to live, they can go the “Twilight” route and substitute hunting animals in place of humans. This makes sense but is not without a cost either. Big-game hunting licenses can set a vampire back several hundred dollars per season, and that’s not including a $70 orange hunting visibility vest. It’d be awfully embarrassing to live several centuries only to be mistaken by your vampire buddy for an elk. 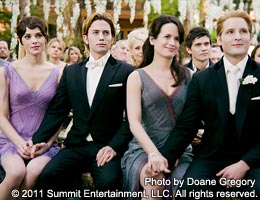 Having lived through many generations and therefore many fads, vampires tend to dress to the nines. They must have some sort of undead credit rating to pay for all of it, too.

As the Cullen family proves, vampires are partial to retro style attire and high-quality brand names such as Louis Vuitton and Chanel. Throwing on a few things from the closet to head to the drugstore could represent a $2,000 outfit for a vampire, but there’s a fine line between “classy undead” and “ghoulish” that costs handsomely to maintain. A couple of vampire staples such as a silk ascot and cape can easily reach $250 for only one set.

Occasionally, vampires must venture out into the dawn hours after some late-night dining, which requires another investment. A high-end bottle of SPF 90 sunblock will cost nearly $70 for just 3 ounces ordered online, but it beats the alternative of being burned to death.

To be even more sure this won’t happen, many vampires have taken to wearing solar face shields around town when the sun is nearly up to protect their pale complexions. For about $27.99, it provides 50 UPF of sun protection through a tinted 7-inch shield. It may look questionable on the living, but it adds an element of aloofness and mystery that’s been sorely needed in vampire attire and at a relative bargain.