When it comes to the online world, Internet users have increasingly broad and accessible options for fun and games. There’s FarmVille, CityVille and even GagaVille (yes, that Gaga), not to mention casinos, trivia contests and game shows. All of this gaming, shopping and pretending without ever leaving home.

To millions of people, interacting and playing games online seems fun and harmless. But these games carry hidden costs for some players; for instance, the loss of energy, time and money.

FarmVille, among the most popular of these games, is owned by gaming company Zynga, traditionally a hugely successful entity ($600 million in revenue in 2010), despite recent financial losses. FarmVille is, as its name suggests, based on farming — players harvest crops, plow land and manage livestock — and is most often played through Facebook.

While both establishing a profile on Facebook and playing FarmVille are free of charge, many who play purchase credits, such as “Farm Cash,” that allow them to receive additional perks for their farms and progress through the game’s levels more rapidly. Farm Cash can be earned as players move up and also via surveys and “special offers” such as gift cards or credit card rewards programs. They can also be purchased directly, via credit card or PayPal, or instantly through your mobile phone or computer using a third-party payment tool such as Facebook Credits.

Bankrate asked experts in finance, shopping and addiction as well as a game player whether virtual spending on online games is, for the tens of millions who engage every day, innocuous entertainment or something potentially very dangerous. 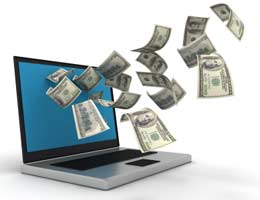 Many players of games such as FarmVille play and spend in a way that shows they have totally separated the act of spending from the act of earning, says Sharon O’Day, money expert and author of the upcoming book “Money after Menopause.” Those who play the most often have the most to lose, she says.

“The (further) we get away from paper money, the less that money has meaning,” O’Day says. “When you were younger, you may have handed over your pennies or dollar bills to a shop owner, and there was a real and tactile relationship between pleasure and money.”

But checks, credit cards, and Web and smartphone payment apps have eroded that tactile relationship.

We’re more removed than ever from what O’Day calls “the reality of money,” and using virtual money can be attractive to people who are lonely, financially strapped and/or prone to addictive behavior.

“For someone in a tough economic situation, going in and spending make-believe money in an online game feels really good,” O’Day says. “Except it’s not make-believe.” 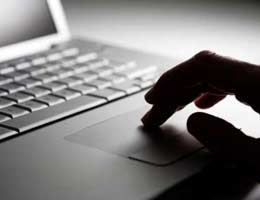 The disconnect between the money we actually have and the money we spend is so great, O’Day says, it is no surprise many people are in financial distress. When we spend our real money as if it is “make-believe,” the potential costs and pitfalls can be enormous.

Any game such as FarmVille that “connects you to other players through the Web can run the gamut from being harmless to a compulsive player’s worst nightmare,” says April Lane Benson, a psychologist who specializes in the treatment of compulsive buying disorder and the author of “To Buy or Not to Buy .” “People who get sucked into these Internet worlds sometimes have a hard time coming back to reality and realizing that their absorption has caused negative consequences in their real lives.”

There is a lot of potential for game addiction in those already more likely to form addictions, says Kathy Shumney, a psychotherapist with Challenges, a treatment center in Fort Lauderdale, Fla. People who tend to get addicted to online games are usually those who already have dissociative qualities, Shumney says, and may easily get into situations that allow them to lose touch with reality, as in with money. What’s more, these games may be particularly attractive to those seeking manic highs or even those predisposed to hoarding.

What are the warning signs? 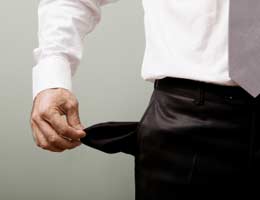 Most people, Shumney says, don’t seek treatment for any kind until they have lost homes, relationships, jobs and significant amounts of money.

Because Internet addiction is so new and this subset is even newer, many mental health and financial professionals are not yet sufficiently aware of symptoms and potential treatment, Shumney says.

Nevertheless, she shares some warning signs of online game addiction.

Online gaming could be the lesser of 2 evils 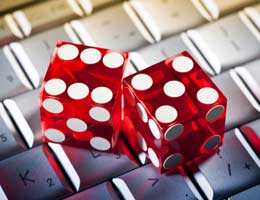 Despite the potential time and financial drain online games can leave in their wake, virtual spending isn’t the worst danger out there.

“If you are going to have an Internet addiction,” Benson says, “FarmVille is much healthier than eBay or HSN. It is likely to keep someone from something worse.” The time and energy drain that is a hand-in-hand companion of playing online games is secondary, Benson says, to something such as online gambling, shopping or pornography.

She points out the fact that, despite its targeting those who may be weakest to resist it, the way the pricing is set up actually minimizes the spending dangers. The truth is, Benson says, “there are some people who, if they weren’t buying compulsively, might be shooting up heroin. I would rather see them go to FarmVille, the lesser evil.”

The real issue here, she says, is people are “interacting,” sometimes up to 20 hours per day, but they are not connecting with real people. “You can never get enough of what you don’t really need, and what they need is a real farm, real people, real interaction.” 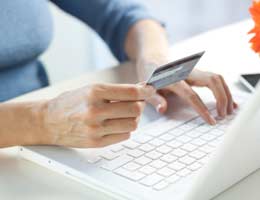 Explaining that she is “too broke and too cheap” to pay to play Facebook-based games, retiree Mary Kay Caloger has found ways to spend more time — but not more money — on her favorite games, most notably “Who Wants to be a Millionaire.”

“When I started playing, I realized I could only play one game per day without spending money,” she says, explaining that the first game is free and most games after that are pay per play. Paying players can purchase Facebook Credits for more chances to play in any given day; “winnings” are considered “in-game currency” to be used for additional games and game perks only.

So instead of reaching into her virtual wallet for real money, Caloger created two more identities, complete with email addresses and Facebook profiles, who could also each play one free game of “Millionaire” every day.

The best way to stop playing too much may be to not start in the first place. However, Shumney says the only permanent treatment for addictions to substances such as drugs or alcohol is total abstinence, yet in today’s world, total Internet abstinence may not be practical or even possible.

Are your kids spending their college savings? 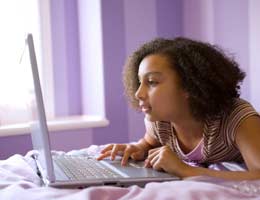 There is no shortage of stories of parents so addicted to FarmVille, they put their gaming before tending to kids. But what about the younger generation — those who’ve had a mouse in hand and Internet access for as long as they can remember?

It isn’t uncommon for kids to access their parents’ credit cards or online paying accounts such as PayPal and run up bills into the thousands of dollars.

“Children are mirroring what their parents are doing,” says O’Day. “They see their parents putting things on their credit cards without concern for ability to pay, and they don’t see why they can’t do the same.”

So what’s a concerned parent to do? O’Day has some ideas.