Everyone is looking for a place to get away, and celebrities are no exception. But stars are looking for respite from more than the office and the day-to-day routine. They need a place where they can slip in unrecognized and trust proprietors not to alert the media. They look for cities that are friendly to artists — places that are inspiring and unusual at the same time. And when they find a city that fits those requirements, they often buy a second home there. Here are four towns that fit the bill. 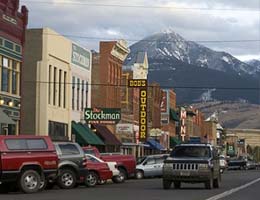 When former California Gov. Arnold Schwarzenegger needed to get away after the collapse of his marriage and a spate of bad press, he escaped to Livingston. Celebrities appreciate the tranquil allure of the city that used to be the northern gateway to Yellowstone National Park.

“You’ve got this pristine beauty; it’s on the Yellowstone; it’s quaint; it’s really genuinely friendly and people just treat you like people,” says Lou Ann Nelson, executive director of the Livingston Area Chamber of Commerce. “There are no autograph hounds.”

A century ago, actors including Buffalo Bill and Calamity Jane began flocking to this dusty Western getaway on the Northern Pacific Railroad. Jimmy Buffett wrote a song called “Livingston Saturday Night,” and more recently a number of stars have bought second homes in the area, including actors Dennis Quaid, Michael Keaton, Peter Fonda and Jeff Bridges.

The influx of performers has led to an artsy vibe in the community of fewer than 8,000 residents. Livingston boasts more than 15 art galleries and museums. Those more interested in some time under the sun can go river rafting, hiking or camping. Fly fishing is popular, too, as Livingston is home of the Federation of Fly Fishers.

Though they stay in Livingston to relax, some actors first come for work. Several well-known Westerns were shot nearby, and Robert Redford’s 1992 film “A River Runs Through It” and 1998’s “The Horse Whisperer” were shot there also. 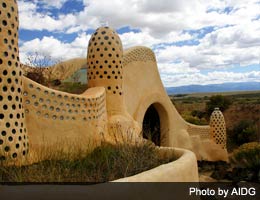 Like Livingston, Taos has provided the backdrop for a number of Hollywood films. The area’s diverse vistas, untarnished by phone lines and other urban necessities, make it a great place to make movies, including 1969’s “Butch Cassidy and the Sundance Kid.”

But celebrity names are drawn to Taos for the community’s indifference to star power as much as its beautiful landscape, says Cathy Connelly, director of public affairs and tourism for Taos.

“First of all, it’s drop-dead gorgeous,” she says. “It’s relatively isolated, and we’re as a community very protective of anyone who wants to come here and be free, if you will, so we really protect people’s privacy.”

A remote town of just 5,500 residents located 2½ hours northeast of Albuquerque, Taos offers a range of arts venues, opportunities to experience Native American culture and ways to enjoy the outdoors, including skiing and hiking.

The town has long been a haven for creative celebrities, from Greta Garbo to Ansel Adams. As of late, actress Julia Roberts is probably the best-known celebrity to frequent the north central New Mexico town. In late 2004, she bought land from former Secretary of Defense Donald Rumsfeld, who still has a home nearby. Former New Mexico Gov. Gary Johnson, now a second-tier Republican presidential candidate, also lives in Taos County. 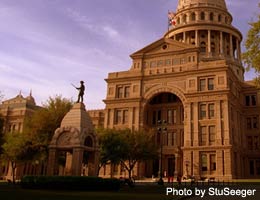 Unlike Taos and Livingston, Austin is big enough to have its own airport, making it easier for people to come and go.

“I think that celebrities like Austin because it’s a smaller city but has a sort of big-city cosmopolitan feel to it. It’s a very welcoming town, and it’s a very laid-back town,” says Austin Convention & Visitors Bureau spokeswoman Beth Krauss. “Celebrities don’t run into a lot of paparazzi here.”

Music festivals are just some of the reasons the celebrity set comes to Austin, it being the home of South by Southwest and Austin City Limits. A host of stars from the film industry, sports and music have made Austin their home away from home, and they stay at hotels such as the exclusive Hotel Saint Cecilia, which blocks members of the public from its bar.

Celebrity names who want a bigger share in keeping Austin weird can buy a home for relatively cheap; the median home value in Austin in 2009 was $189,600.

Some celebrities do have more long-standing ties to the state capital. Actor Owen Wilson grew up in Dallas, and his career took off when he met director Wes Anderson at the University of Texas at Austin. Rapper Nelly, director Tom Ford and singer Ciara were born in Austin, and cyclist Lance Armstrong has a bike shop and foundation in Austin. Actress Sandra Bullock owns a restaurant, Bess Bistro, and a bakery, Walton’s Fancy and Staple, there. 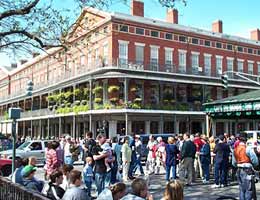 Sandra Bullock, who was born in northern Virginia, is also partial to the Big Easy. She adopted her infant son, Louis, from New Orleans and has a home there. She joins fellow celebrities Brad Pitt and Angelina Jolie, who also have a residence there.

Actor Matthew McConaughey, who has worked in New Orleans and spent time there with his family, told Scene magazine earlier this year that he loved the “characters” of the city.

“It’s a very creative place to walk around, engage people,” he said. “You’re just meetin’ characters everywhere. You are meeting people who are who they are, not trying to be something different.”

Other than its famed Mardi Gras celebration, New Orleans has other appeals that keep celebs coming back. Award-winning chefs such as Emeril Lagasse, Donald Link and Sue Zemanick have restaurants in New Orleans, drawing stars from other realms into their orbit.

The beat of jazz and its live music entices big names, too. In May, the New Orleans Jazz and Heritage Festival attracted national headliners ranging from Lauryn Hill to Jon Bon Jovi.

Celebrity do-gooders also flock to the Crescent City for the opportunity to make a difference. Following Hurricane Katrina in 2005, stars eagerly took to the beleaguered city’s cause. Pitt, for example, formed a foundation that helps to rebuild the Lower 9th Ward.