What’s on sale in October

Forget trick or treat: With October sales and specials, it’s more like hide and seek.

The bargains are out there, but with retailers hoarding the big advertising bucks for the upcoming holiday season you may have to hunt for them, says Daniel Butler, vice president of retail operations for the National Retail Federation.

And that’s nothing new. October, which is sandwiched between back-to-school shopping and the Christmas season, isn’t “a heavy promotional month,” he says.

So while the buys are there, you may have to spend a little shoe leather, or let your fingers do the walking across a keyboard to find them.

From some getaways to getting warm, here are six categories where you can usually find some good deals this month. 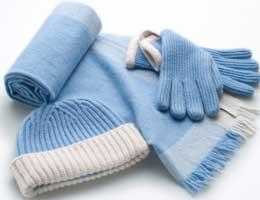 Want to pick up a few warm items, get a bargain and still have a decent selection of colors and sizes to choose from?

October is when shoppers will often see “a lot of the first markdowns on winter apparel,” Butler says. You often can save “10 (percent) to 20 percent, depending on retailers,” he says.

Another potential find comes courtesy of the year’s second wedding season. Bridal goods are on sale. “Late September and October are the second-busiest bridal season,” Butler says. Many items that end up on bridal registries, such as tableware, stemware, bedding, crystal, silverware and “everything in the china department” often can be found at 25 percent to 40 percent off.

For the same reason, you can also find buys on small home electronics: blenders, coffee makers, waffle irons and the like.

Online retailers are a source of bargains, too. E-commerce sites are doing everything they can to get the consumers’ attention before the holiday season begins, Butler says. Look for online specials and coupons and free shipping in advance of holidays. 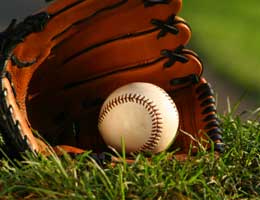 Fall is a great time to get a buy on summer sporting goods, says Jon Wertheim, senior writer for Sports Illustrated and co-author of “Scorecasting: The Hidden Influence Behind How Sports are Played and Games are Won.”

So if your Little Leaguer needs a glove and his or her hand will be roughly the same size in six months, “buy it now,” he says. You stand to save 30 percent to 40 percent.

Also good buys: tennis rackets, bikes and golf clubs. With new models of tennis rackets coming out, if you’re in the market, you can probably get one “for 30 percent off list price,” says Wertheim. 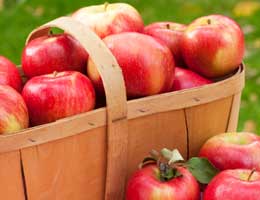 While the items will vary depending on where you live, some items that tend to be good buys this month include apples, pears, onions, hearty greens (such as kale, collards and mustard greens), squash and pumpkins, she says.

Greens can be sauteed lightly with olive oil and garlic, Quinn says, while apples, pumpkins and squash can go into soups and stews with a meat bone or can be oven roasted to create something caramelized and delicious.

Plus, “the (further) away food is from you on food chain, the less healthful it is,” she says. “Really look at what’s growing near you and what’s coming out of the ground (now). That’s where you get the bang for the buck.” 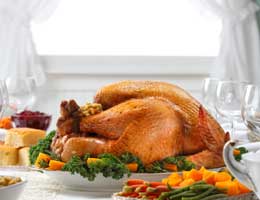 Want to save some time along with money?

“October is a good time to be reassessing what your larder’s going to need for the holidays,” says Quinn.

Prices on many holiday staples — everything from spices to oils to broths — are more expensive during November and December, she says. If you buy now, you save money and time.

So look at what you think you will do for the holidays. Ask: “Am I a pie baker or a cake baker? Am I going to be making cookies to give?” Then, Quinn says, look through the cabinets and see what you need.

If you have room in the freezer, that holiday turkey might also be cheaper now, she says.

Another way to save is to sock away extra portions in the freezer now for meals during holiday crunch time.

“You know you’re going to have a crazy time” during the holiday season and turn to takeout or delivery meals, Quinn says. “But if you can pull out some chili that you’ve made or some soup that you’ve made, then you’re ahead of the game.” 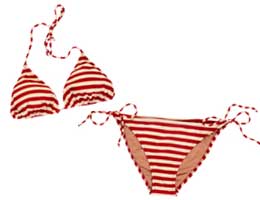 Is a beach getaway in your future? October is a great time to save on cruise wear and swimsuits, says Patricia Davidson, author of “The Shopaholic’s Guide to Buying Fashion and Beauty Online” and founder of TheSiteGuide.com.

“You can save a lot,” she says. Just how much depends on the kind of brands you’re eyeing.

On women’s items, you could score bargains of “at least 50 percent and up to 75 percent,” Davidson says. With men’s things, the price cuts typically top out at half-price, she says. And since men’s casual wear tends to be “more classic,” you may not see as many items on sale, she says.

At this time of year, you’re going to be pawing through racks that have seen a lot of traffic, so sizes and choices may be limited, she says. One work-around is to use online venues, Davidson says. Some e-retailers even take your size information before displaying sale merchandise, so you don’t risk falling in love with something only to discover there aren’t any left, she says.

Another potential bargain this month: fashion jewelry. If it’s seasonal — think brightly colored or trendy — you can save up to 75 percent, Davidson says. 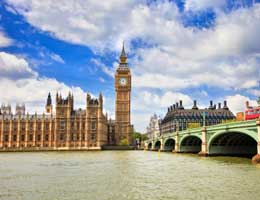 Bilateral agreements are the reason, he says. Those are the agreements nations make on “just how many seats they must fly between countries,” he says.

And, in the fourth quarter of the year, airlines can’t just cut flights, because “that would violate the agreement,” Greenberg says. So they cut prices instead for travel near the end of the year.

That airline ticket from New York City to London that went for $1,900 this summer will cost about $480 by Oct. 1, he says. You still have to shop smart. “It’s not on every seat, and it’s not on every flight,” he says.

You’ll experience a different side of Europe than you would have earlier in the year. “The weather’s nice,” Greenberg says. Plus, “there are no crowds, no lines, better service and better deals. The fourth quarter is always great.”