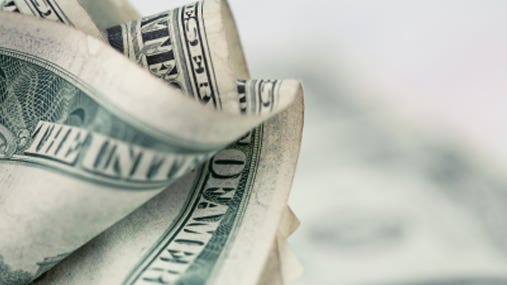 PRIZE: Subject to the provisions of these Official Rules, during the Promotion Period (as defined below) of the “Bankrate.com FinCon13 Sweepstakes” (the “Promotion”), Bankrate, Inc. (“Bankrate”) will award three (3) Google Nexus 7 devices (each, a “Prize”). THE TOTAL MAXIMUM VALUE OF THE PRIZES WILL BE $700.

CONDITIONS OF ENTRY: No purchase is necessary to enter the Promotion or to win a Prize. The Promotion is open only to natural persons who (i) are legal United States residents (except for residents of Rhode Island, Puerto Rico or any other jurisdiction in which such natural person would be prohibited by law from entering the Promotion), (ii) are eighteen (18) years of age or older or have reached the age required by their state or territory of residence to be reached in order to enter a sweepstakes, if such age is greater than eighteen (18) years of age, (iii) have agreed to these Official Rules and (iv) are registered attendees of the 2013 FinCon Conference. Employees and/or agents of Bankrate (and/or its affiliates, subsidiaries and/or divisions) and of agents of Bankrate (and/or their respective affiliates, subsidiaries and/or divisions) and their respective affiliates, parent organizations, subsidiaries, divisions, trade partners, advertising and promotion agencies and associated marketing firms and other vendors, and the respective immediate families of such employees, including, without limitation, household members, are not eligible to participate in the Promotion. Bankrate reserves the right to verify eligibility qualifications of each Winner.

Any use of robotic, mechanical, automatic, programmed or like methods of participation will void each entry made by such methods. Notwithstanding anything to the contrary in these Official Rules, each person may enter the Promotion only up to three (3) times per day during the Promotion Period. Each entry by an individual, whether submitted by Vine, Instragram, Twitter or email, shall count against this three (3) entry per day limit. In the event that a person attempts to submit more than three (3) entries on one day (regardless of the entry method), all of that person’s entries (regardless of entry method) will be deemed void. Bankrate will not verify receipt of entries. Bankrate is not responsible for lost, late, misdirected, illegible or damaged mailed entries. Any attempted form of entry into the Promotion other than as described in these Official Rules, and any incomplete entry, is void. Entries that are in violation of these Official Rules will be disqualified. Should Bankrate suspect or determine actual or attempted (i) fraud, tampering, or impairment or disruption of the administration, security, fairness or proper play of the Promotion, or (ii) violation of these Official Rules, Bankrate reserves the right, in its sole discretion, to void any and all entries of an entrant, or suspend or prohibit the participation of any person, who Bankrate determines, in its sole discretion, is responsible or otherwise involved with such acts.

CONSENT TO PUBLICITY AND USE: Except where prohibited by law, each entrant, by acceptance of a Prize, grants to Bankrate and its subsidiaries, affiliates and assigns the absolute and worldwide right, license and permission and consent to use, in any manner or media whatsoever, such entrant’s name, voice, photograph (including on Web pages maintained by Bankrate and/or any of its subsidiaries and/or affiliates), biographical information (including, without limitation, hometown and state), email address and/or likeness for any promotional and/or publicity purposes. Each Money Joke submitted by an entrant will be the property of Bankrate and, by submitting a Money Joke to Bankrate, each entrant disclaims any right (including, without limitation, any right to publish such Money Joke), title and interest in such Money Joke. Bankrate has the exclusive right to publish each Money Joke, in whole or in part, throughout the world, in any manner and/or media whatsoever.

NO WINNER WILL BE REQUIRED TO BE PRESENT AT THE TIME OF ANY SELECTION DRAWING.

If a Winner fails to claim a Prize within such seven (7) business day period of time, is found to be ineligible, fails to comply with these Official Rules or fails to meet the requirements of these Official Rules, such Winner will be disqualified and an alternate Winner, selected randomly from the remaining eligible entries that have not yet been previously selected as Winners, will be contacted. Bankrate’s decisions with respect to each Winner and other matters pertaining to the Promotion shall be final.

REQUIREMENTS OF THE WINNER: Each Winner will be required to sign an Affidavit of Eligibility and Release of Liability for Participation, Publicity and Use (an “Affidavit”) as a part of determining such Winner’s eligibility to win a Prize and, prior to, and as a condition of, such Winner’s acceptance and use of a Prize. If a Winner’s Affidavit and all other documents required by Bankrate, in its sole discretion, are not completed as specified, are not received by Bankrate within seven (7) business days of Bankrate’ notification of such Winner, or if, after Bankrate’s receipt of an Affidavit from the Winner, such Winner is found to be an ineligible entrant, such Winner’s entry will be disqualified and an alternative potential Winner, randomly selected from the remaining eligible entries that have not yet previously been selected as Winners, will be contacted.

SPONSOR: Bankrate is the sponsor of this Promotion.

DISPUTES: Each entrant agrees that: (i) any and all disputes, claims and causes of action arising out of or connected with the Promotion shall be resolved individually, without resort to any form of class action, and exclusively by the Federal or Florida state courts of record in Palm Beach County, Florida, (ii) any and all claims, judgments and awards shall be limited to actual out-of-pocket costs incurred, including costs associated with entering the Promotion, but in no event shall such costs include attorneys’ fees and (iii) under no circumstances will an entrant be permitted to obtain awards for, and, by entering the Promotion, each entrant waives all rights to claim, punitive, indirect, special, incidental and consequential damages and any other damages (other than for actual out-of-pocket expenses described in subsection (ii), above) and any and all rights to have damages multiplied or otherwise increased. SOME JURISDICTIONS DO NOT ALLOW THE LIMITATION OR EXCLUSION OF LIABILITY FOR INCIDENTAL OR CONSEQUENTIAL DAMAGES, SO THE ABOVE MAY NOT APPLY. All issues and questions concerning the construction, validity, interpretation and enforceability of these Official Rules and/or the rights and obligations of the entrant and Bankrate in connection with the Promotion, shall be governed by, and construed in accordance with, the laws of the State of Florida, without giving effect to any choice of law or conflict of law rules (whether of the State of Florida or any other jurisdiction), which would cause the application of the laws of any jurisdiction other than the State of Florida. All Florida state and local laws and regulations apply.

INDEMNIFICATION AND RELEASE: Each entrant agrees to defend, indemnify and hold Bankrate, Google, Twitter and their respective subsidiaries, affiliates and divisions and their respective representatives, attorneys, assigns, agents and licensees and their respective affiliates, equity holders, officers, directors, managers, agents, co-branders, associated marketing firms, advertisers and sponsors or other partners and any of their employees (each, including, without limitation Bankrate, Google and Twitter, a “Released and Indemnified Party,” and collectively, including, without limitation, Bankrate, Google and Twitter, the “Released and Indemnified Parties”), harmless from and against any and all rights, demands, losses, injuries, liabilities, damages, claims, causes of action, actions and suits of any kind whatsoever (no matter whether at law or equity), fees, costs and attorneys’ fees (including appellate level) whatsoever (each, a “Claim,” collectively, “Claims”), brought or asserted by any party against any of the Released and Indemnified Parties arising out of or in connection, directly or indirectly, with the entrant’s entry in the Promotion, participation in the Promotion, the Promotion, any Prize and/or use or misuse of any Prize.

BY ENTERING THE PROMOTION, EACH ENTRANT AGREES TO RELEASE, DISCHARGE AND HOLD HARMLESS EACH RELEASED AND INDEMNIFIED PARTY FROM AND AGAINST ALL CLAIMS ARISING OUT OF OR IN CONNECTION WITH, INDIRECTLY OR DIRECTLY: (I) ENTRY OR PARTICIPATION IN THE PROMOTION AND/OR (II) ACCEPTANCE, USE, OR MISUSE OF A PRIZE.

ADDITIONAL LIMITATIONS OF LIABILITY: Bankrate is not responsible for: (i) electronic, human, United States Postal Service, equipment programming or other errors, omissions, interruptions, defects or delays which may occur in the administration of the Promotion or the processing of any entry, any Prize, in the Official Rules, or in any other materials related to the Promotion, (ii) technical failures of any kind, including but not limited to, the malfunctioning of any electronic equipment, computer, Internet, website, network, hardware or software, a computer virus, bug or other technical problem, (iii) unauthorized human intervention in any part of the entry process or the Promotion, (iv) any entrant’s conduct in connection with the Promotion, (v) any printing, typographical, technical errors in any materials associated with the Promotion or any Prize, (vi) incorrect, inaccurate, late, lost, stolen, illegible, incomplete, or misdirected entries, or entries received through impermissible or illegitimate channels, or (vii) any death, injury or damage to persons or property, which may be caused, directly or indirectly, in whole or in part, from an entrant’s entry or participation in the Promotion or use or misuse of any Prize.