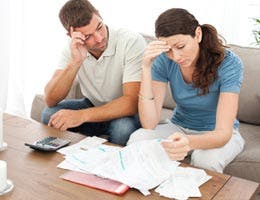 The middle class continues to take a beating from the recession.

The Associated Press reports that following the recession that began in late 2007, the share of working families who are low income has risen for three straight years to 31.2 percent, or 10.2 million. That proportion is the highest in at least a decade, up from 27 percent in 2002, according to a new analysis by the Working Poor Families Project and the Population Reference Bureau, a nonprofit research group based in Washington.

Broken down by age, children were most likely to be poor or low-income — about 57 percent — followed by seniors 65 and over, according to the Associated Press. By race and ethnicity, Hispanics topped the list at 73 percent, followed by blacks, Asians and non-Hispanic whites.

One bright spot: “During the recession, for the first time in U.S. history, women came to hold a majority of the country’s jobs,” says Don Peck, author of “Pinched: How the Great Recession Has Narrowed Our Futures and What We Can Do About It.”