How to start writing your will 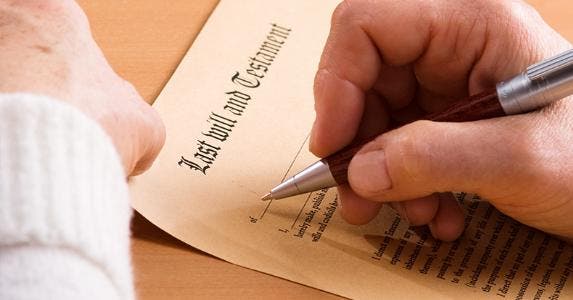 Creating a will can seem like a daunting task, but a little preparation can make the process easier. Whether you’re drafting your own will with a software tool or hiring an attorney, here’s what you need to do.

Decide who will be your executor. This is the person who will locate your assets, pay your creditors and transfer property to those who you decide should inherit.

Naming a second person as a backup is a good idea, but attorney Betsy Simmons Hannibal discourages people from naming two or more people to serve together as co-executors. The job is burdensome enough with one person making the decisions; asking multiple people to coordinate and agree on every task makes the process much more difficult, says Hannibal, legal editor for self-help law publisher Nolo.

People often don’t want to choose among their children, Hannibal says, but “it certainly runs more smoothly if one person is in charge. Death is difficult enough without creating problems between and among executors.” Talk to your candidates before you place them in your will to make sure they’re willing to serve.

Decide on guardians. If you have minor children, you should name people to take care of their personal and financial needs. The same person doesn’t need to take on both tasks, however. Many people name one person to raise their children and another to handle the money, Hannibal says.

Again, it’s smart to name one person rather than a couple, in case they later break up. If you’d be OK with that guardian’s spouse raising your kids, you can name him or her as the backup. As always, get your candidates’ permission before adding them to the will.

Decide about your stuff. Most people name one person (such as their spouse) or a group of people (such as their kids) to inherit the bulk of their assets. If that’s the case, you don’t need to include an exhaustive inventory of all your possessions in your will. In fact, doing so can create future problems as you change accounts, get rid of property and buy new stuff.

Remember, too, that wills are typically public documents, so you don’t want to include details that could lead to identity theft.

Consider a letter to accompany your will. This letter can include account numbers, Social Security numbers, passwords and other details your executor may need to locate all your assets.

If you have thoughts about how to divvy up your possessions among your heirs or other instructions for your executor, those can be included in this letter as well. The letter can easily be rewritten as your circumstances and desires change over the years, without requiring a wholesale redrafting of your will, Hannibal says.

Still, you should consider updating your will every few years and after every major life change, such as a birth, death, marriage or divorce.