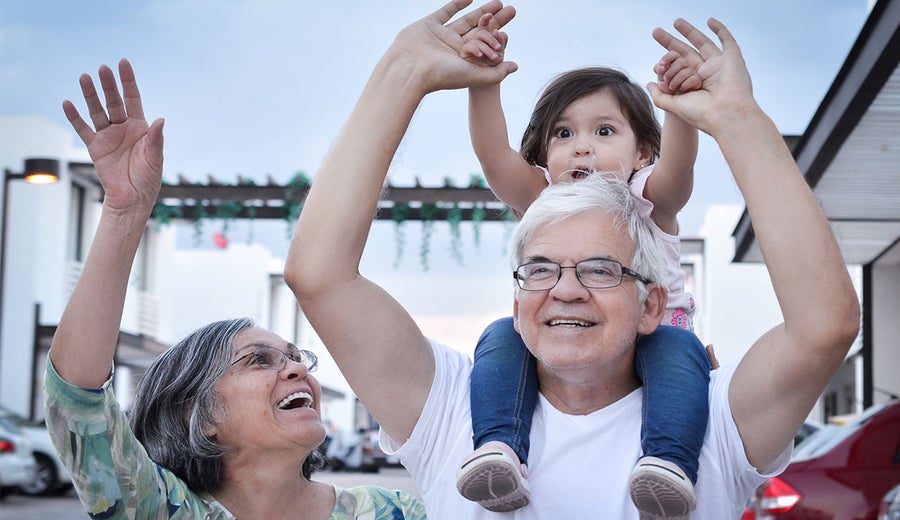 Nobody wants to think about their own mortality. Though many of us try to avoid the topic at all costs, there are consequences for failing to plan ahead.

Documents filed in her home state recently revealed that Aretha Franklin left no will when she passed away in August. Prince’s heirs found themselves in a similar situation after his death in 2016, and the legal battle that ensued has lasted two years. Actor James Gandolfini, too, died intestate.

Though they may be famous music and film stars with the net worth to match, they’re far from the only ones who didn’t leave documents to guide their grieving loved ones.

According to a 2016 Gallop poll, just 44 percent of American adults have a will, and that figure has been on the decline over the past decade. Older Americans are more likely to have written a will, but still only 68 percent of those 65 and older have one.

For many Americans, the reason comes down to procrastination. A survey by Caring.com found that the most common reason adult Americans failed to begin estate planning is because they “haven’t gotten around to it.”

Passing away intestate leaves the distribution of your assets up to the state. Most often, this results in assets being allocated to your spouse and children, but depending on the state you live in and your family dynamics, it can put further strain on grieving loved ones.

Having a plan in place “just helps bring a lot of peace after a person’s died,” says Preeti Shah, CPA and certified financial professional with Enlight Financial.

Here are some guidelines to get started.

Legal requirements for drafting a will

As long as you are an adult and of sound mind, you are entitled to create a will.

General stipulations to ensure a will’s legality include signatures of at least two witnesses and your own signature, along with the date the document was created. In most states, these must be impartial witnesses who do not stand to inherit anything from the will.

Requirements vary with each state, though, so it’s important to research the laws to make sure your will is properly executed.

There are software programs and online resources to help with the process if you choose to draft your will yourself. As long as you thoroughly research all legalities, a self-made will should be just as valid as one created with an attorney’s assistance.

Still, working with a lawyer is the best way to ensure everything is properly done, especially if you have extenuating circumstances or a complicated beneficiary situation.

Those with higher-value assets may seek a lawyer’s help for more estate planning documents than just the will itself, Shah says. “Usually what we advise is a package of four: Get a trust, get a will, get the power of attorney and then get the living will, and that can come as a complete package.”

Know the difference between and will and a trust

Depending on the complexity of your estate, your financial planning may benefit from a trust in place of a will. A will must undergo probate, the process of proving it in court, which can slow down the execution process. A trust does not.

“With a trust, you can really state your directions and your intentions as far as property distributions,” says Danny Michael, certified financial professional, AIF, MSBA with Satori Wealth Management, “There’s just a lot more you can do with a trust as far as creating a more customized document that’s going to be able to carry out your wishes.”

As you age and your estate becomes more complex, it could be helpful to reach out to an attorney to learn more about trusts.

Distribution of your property and assets

A primary component of every will is the designation of beneficiaries who will inherit your belongings and properties, including life insurance benefits.

While natural beneficiaries will include spouses or children, it can get more complicated for others. Some people “don’t have dependents and don’t have spouses, and they don’t want their money to go necessarily to a brother or a parent, because they don’t need the money. For instance, they want it to go to charity,” Shah says. “It’s your hard-earned money; why would you want it to go in the wrong hands?”

Distribution of assets in a will should include those liquid and illiquid. Anything of value to your beneficiaries, from your home and car to jewelry and investments, has a place. It’s important when creating your will to take stock of all of your assets and note which should be liquidated, or not, after your death.

For adults without significant assets, dependent care may be the most important reason to have a will on hand. In your document, you should include who you wish to be named the legal guardian of your children until they reach adulthood.

When designating minors as beneficiaries, it’s important that you appoint a trustee with the responsibility of those assets until they’re of age.

Don’t only consider your kids, though. Elderly dependent parents and even pets will need to be cared for by someone else.

Talk to your family and close friends during this process and determine who you’d like to be the executor of your will. This person will be responsible for overseeing the distribution of assets and payment of any obligations you leave behind.

Choose “someone that you trust and that you’re comfortable with making all the decisions and executing the directions in the will properly,” Michael says.

Often, an executor’s responsibility reaches beyond these basic requirements and into areas like notifying financial institutions and government agencies of your death, maintaining property and representing your estate in court proceedings. For this reason, executors tend to be spouses, children or parents of the deceased.

Keep it up to date

Preparing your estate planning documents early is a great way to be proactive. But you shouldn’t simply create a will and then forget about it.

Of course, this isn’t a hard and fast rule. As you accumulate more assets over your lifetime, get married and have children, revisit your document and make any necessary revisions.

The more up-to-date your will or trust is, the more seamless the transition of your assets will be for your loved ones, allowing them space to grieve instead of worrying about financial logistics.