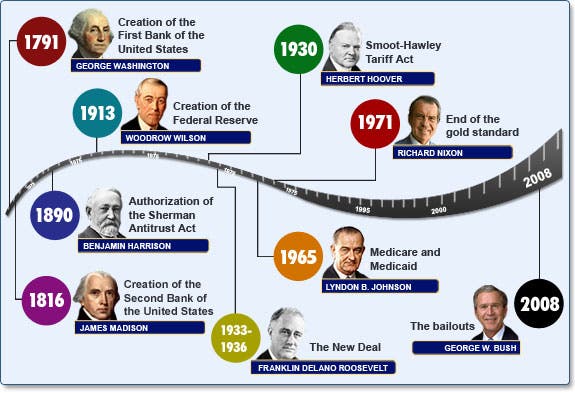 For farmers in the 1920s, the Great Depression was happening before the 1929 stock market crash. Throughout the decade, food prices dropped and many agricultural workers suffered.

The issue had become so urgent that, in the 1928 presidential election, candidate Herbert Hoover promised farmers he’d get import tariffs increased on foreign farmers’ goods, according to the U.S. Department of State.

After winning, Hoover asked congress to write a bill that would increase tariffs on imported agricultural goods. The result was the Smoot-Hawley Tariff Act, written by Sens. Reed Smoot, R-Utah, and Willis Hawley, R-Ore. The move raised tariffs for all industries — not just farming.

In 1934, the legislative and executive branches worked to strip back Smoot-Hawley, starting with the 1934 Reciprocal Trade Agreements Act. The pullback continued throughout the century with more free-trade-oriented policies such as the North American Free Trade Agreement.