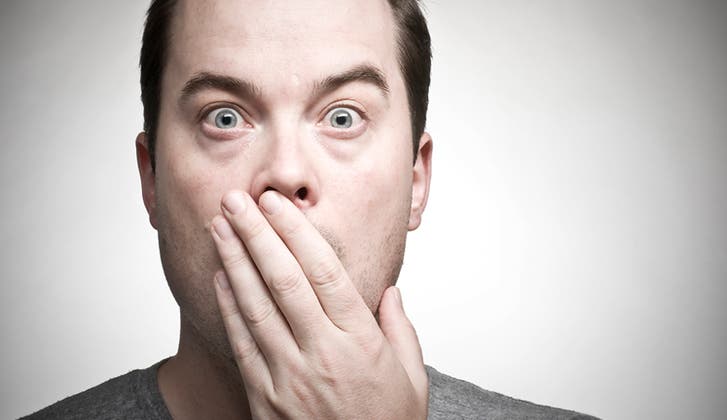 All financial products look good from a distance. But some end up feeling more like an April Fools’ Day joke than a sound financial product. Read the fine print, even though doing so doesn’t guarantee that you’ll get the joke before it’s too late.

During the housing bubble, they were known as stated-income mortgages. After the bubble burst, they got another name: liar loans.

The principle, or lack thereof, behind the liar loan is that the lender doesn’t verify the borrower’s income. Stated-income loans were meant for self-employed borrowers, who typically show low net incomes on their tax returns. But as the bubble grew, lenders lowered requirements for stated-income loans, going from:

When these loans went bad, the joke turned out to be on taxpayers, who bailed out the banks that made questionable loans and the borrowers who took out mortgages they couldn’t repay.

Who wouldn’t want a prepaid credit card endorsed by their favorite celebrity? Hoping to give their cards a marketing edge, a number of prepaid card issuers teamed with celebrities like Justin Bieber and Kim Kardashian. Unfortunately, the cards came with hefty fees.

Bieber’s SpendSmart card, for example, didn’t seem all that smart when customers realized that the card came with a monthly fee of $3.95. To reload the card, customers would have to pay $2.95 if they re-upped with a credit card, or 75 cents from a checking account. If cardholders took money out of an ATM, they’d pay a $1.50 fee per withdrawal, plus whatever fees the ATM charged. Perhaps the most onerous fees were the 50 cents for balance inquiries at ATMs and a $3 charge for 30 days of inactivity.

Experts say consumers should be cautious about using prepaid products, whether they’re endorsed by celebs or not. The chief concern: Fees often not only are high, they are confusing.

If you buy a home with a down payment of less than 20 percent, lenders require you to pay for mortgage insurance. Fees vary depending on the size of the down payment and the loan, from around 0.3 percent to 1.15 percent of the original loan amount per year. The product is legitimate, but if you think it offers the homebuyer any additional protection, then the joke is on you. The real beneficiary of mortgage insurance is the lender, who collects a payout if the buyer defaults on the mortgage.

The industry calls them payday loans, but the Consumer Financial Protection Bureau, or CFPB, calls them “debt traps.” Each year, about 12 million borrowers turn to payday loans, according to research from The Pew Charitable Trusts. To ensure repayment, lenders often require borrowers to either give them access to their checking account or write a check for the full amount that can be cashed when the loan is due.

Payday loans carry a nasty surprise: triple-digit interest rates. According to the CFPB, a typical two-week payday loan with a $15 per $100 borrowed fee equates to an annual percentage rate, or APR, of almost 400 percent. By comparison, credit card companies typically charge anywhere between 12 and 30 percent APR.

The number of workers with defined benefit pensions — those that pay a lifetime annuity, based on years of service and final salary — has been steadily declining over the past few decades. While those workers often have it better than most, one shouldn’t assume that they have retirement made in the shade. A growing number have begun borrowing against their retirement, using what’s known as pension advance agreements, which give the borrower a lump-sum payment in exchange for signing over the first five to 10 years of pension payments.

According to a recent warning from the Federal Trade Commission, or FTC, consumers who buy these products often don’t understand just what a poor deal they’re striking. Among the concerns raised by the FTC: