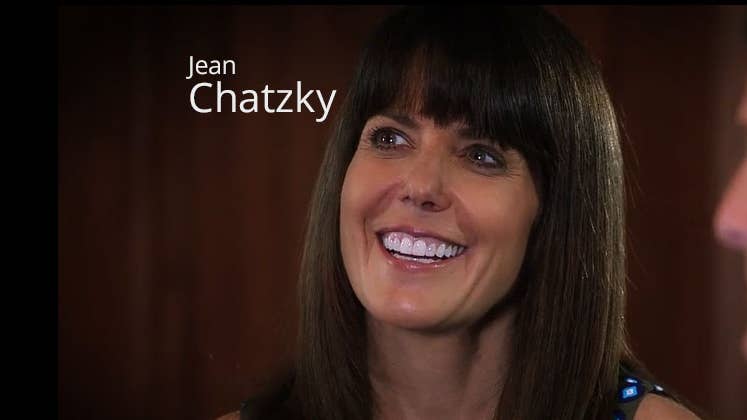 Financial literacy doesn’t require a subscription to The Wall Street Journal or the Financial Times. It requires knowing how to set and reach your goals. How to shop for the best interest rate. How to avoid scams. And lots of other things.

Curious to see how you stack up when it comes to your money IQ? Answer the following 10 questions.

You want to reach a large savings goal -- for an expensive vacation, a larger down payment on your next car or a down payment on a house. To maximize your chance of success:

Answer: A. (But give yourself a half-credit for B, too.) You're more likely to accomplish concrete goals than vague ones, says Eric Tyson, author of "Personal Finance for Dummies." With well-defined goals, you'll know whether you're on track.

So saying that you want to save $10,000 in the next 24 months for a monthlong European cruise is better than musing, "Gee, I want to save up to travel someday."

Break your savings goal by the number of months you plan to take to accumulate it. See what that budget looks like. Do you have to draw out the term -- maybe three years instead of two? Or can you achieve your plan with less money -- $6,000 instead of $10,000? Or do you decide to go whole hog on your budget -- and slash your spending -- to make your original goal on your original timetable?
Next Question

You're going to make a big purchase. Once you've got the money and are ready to pull the trigger, you:

And if you really care about saving -- for college, retirement, vacations, etc. -- that means you look out for those dollars, even when you're spending a lot of them at one time, he says.

Want to sharpen your skills? "The first rule of negotiation on anything financially oriented is that you have to be prepared to walk away," Bogosian says. "And often the sale doesn't begin until the customer walks away."
Next Question

Which of these retirement accounts lets you borrow anytime you want, no questions asked?

Answer: C. With a Roth IRA, you can withdraw the money you've put in (not interest or earnings) anytime, without giving a reason, says Ed Slott, CPA and author of "The Retirement Savings Time Bomb â€¦ and How to Defuse It."

With the other three plans, if you want to borrow from your retirement fund, you have to meet certain criteria (hardship, specific life events or reaching a certain age), he says.

This flexibility to borrow is why the Roth IRA is sometimes used to kick-start retirement savings for new graduates or people with low incomes.
Next Question

My contingency plan is:

Answer: B or C. And take a half-credit for A (or full credit if your account has nearly three months' worth of expenses).

So, basically, anything except "D."

When it comes to an emergency fund -- the savings account you can raid if you lose your job or have some other life-altering need -- the recommended amount is "three to six months of living expenses," Tyson says.

But it can be smart to bank six months or more if you're in a profession that is especially volatile or if your company or industry is not doing well, he adds.
Next Question

Will applying for a new credit card hurt your credit score?

Answer: A. Applying for a card, whether you're approved or denied, will shave points from your credit score. Just how many points you lose depends on your credit in the first place, says Anthony Sprauve, spokesman for myFICO, a division of FICO.

People with a lot of credit and a long, strong history of good credit tend to be more robust -- so their scores don't decrease as much, he says. Credit newbies, those with only a few accounts or those with a sketchy credit history, will see more of an impact, he says.

And it doesn't matter what type of credit. Any kind of credit -- from charge cards to loans to installment plans -- is treated the same way.

An application will stay on your credit history for two years and is factored into your credit score for one year, Sprauve says.
Next Question

When it comes to getting a new credit card, what is a "good" FICO credit score?

Answer: B. To get a card with a good (read "not subprime") rate, you need a FICO score of at least 660, says Sprauve, citing recent FICO data. And to get the best rates and offers, you likely need 720 or above, he says.

Different issuers and lenders set their own standards, so it varies. Different types of loans even have different standards. For a home loan, 740 and above typically earns the best deals. With car loans, the best deals often come with scores of 720 or above, according to recent FICO data.

While credit reports are free, consumers usually have to pay a fee to see their credit scores. But some banks, card issuers and credit unions will supply them free as part of their service. If you've been refused a loan or card, the institution that denied you is required to show you the score it reviewed.
Next Question

When I have concerns about my finances or financial future, I:

Answer: D. "Literacy" means not just understanding your finances, but also following through financially to safeguard your money and your future, Bogosian says.

Case in point: Many millennials say that they don't expect to collect Social Security in retirement, he says. And for most Americans today, Social Security accounts for 30 to 40 percent of retirement income, Bogosian says.

While some millennials may be pessimistic about the future of Social Security, many also haven't made contingency plans for their own financial futures, he says.
Next Question

The reason for having life insurance is to:

Answer: B. One big part of financial literacy is understanding insurance, Tyson says. In general, you use insurance -- of various types -- to protect against losses as you accumulate assets, he says.

With life and disability insurance, "to the extent that you or others are dependent on your income, you need to buy proper insurance to protect that income," Tyson says.

Also important to consider is how many years of income you want to replace, he says. For instance, to replace wages over a 20-year period, multiply your after-tax income by 15, Tyson says. The result "replaces about 20 years' worth of income."

Because insurance passes directly to the beneficiary, and doesn't go through the will, the estate or the executor, you know exactly how much your beneficiary will receive.

Unless you shared certain bills before death, debts don't pass to your beneficiaries or heirs. And your estate doesn't grab those insurance payouts to settle your debts. Insurance is only for the named beneficiaries.
Next Question

To leave investment accounts and bank accounts to your family after you die, you should:

Answer: C. Fill out those beneficiary forms! Financial instruments such as investment accounts, IRAs, individual bank accounts and life insurance policies pass outside your estate, so your will doesn't affect them, Slott says.

To designate who gets those accounts, put it in writing on the institution's beneficiary form. Fill out a form for each account, file it with the company and keep a copy for yourself, Slott says. Also keep proof that it was sent and received.

Update beneficiary choices as your life changes, Slott advises. "Divorce and remarriage are the biggest two areas where things can change," he says. If you want to add someone to the beneficiary list or change the beneficiaries, you must refile new forms to reflect that, he says.

Keep those beneficiary forms and tell beneficiaries where to find them. Institutions change, merge and sometimes lose forms, Slott says. So the paperwork is vital to claiming those accounts, he says.
Next Question

You can leave your 401(k) account to anyone you want.

Answer: D. No joke. The way federal 401(k) regulations are set up, the account automatically goes to the spouse unless he or she has signed away the right to receive it, says Slott.

So if you want to bypass your spouse (say, to leave an account to an adult child or parent instead), you'll have to get the spouse to sign a waiver, he says.

It gets complicated if you've had more than one spouse.

Often, for 401(k) purposes, the spouse in line to receive the account is the person you were married to when you opened the account, Slott says.

Another difference between 401(k)s and IRAs: You can leave an IRA to whomever you choose by filling out a beneficiary form, says Slott.
GET RESULTS
START OVER
Written by
Dana Dratch
Personal Finance Writer