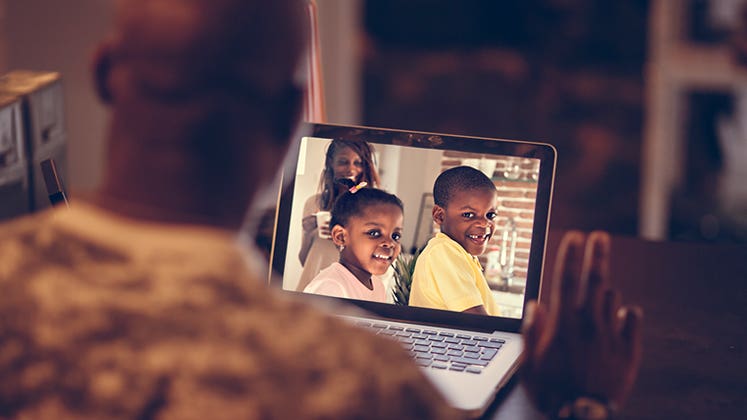 Members of the military fighting overseas also face another battle at home — the daily grind of staying on top of personal finances.

The government offers several benefits that protect military service members from financial hardships that may befall them or their families. They include:

It clarifies and expands on several provisions made to the 1940 Soldiers and Sailors Civil Relief Act, and is intended to ease the economic and legal burdens on military personnel called to active duty status.

Provisions of the act include:

This last provision is not automatic and must be requested by the service member. For example, a service member with a mortgage must request the temporary interest rate reduction and submit several documents, including a written request to his or her mortgage lender, a notice indicating he or she has been called to active duty, and a copy of military orders.

“The amount above the 6 percent cap is completely forgiven during the period the cap is in place,” says U.S. Army Col. Shawn Shumake, an Army lawyer and director of the Office of Legal Policy for the Undersecretary of Defense for Personnel and Readiness.

Traditionally, the cap has only applied during periods of active duty. In 2008, the SCRA was amended to extend the cap for preservice mortgage-type obligations to one year after leaving active duty.

However, Shumake adds, “once the period of the cap ends, then the original interest rate may once again be charged.”

In 2007, the Department of Defense initiated new predatory lending regulation that limits the fees and interest lenders can charge for payday loans, vehicle title loans and tax refund anticipation loans.

The regulation limits the annual percentage rate of these loans to 36 percent and requires all fees (with a few exceptions) be included in the cap.

The Joint Federal Travel Regulations — which dictate rules for monetary allowances associated with military travel and transfers — have a specific provision that helps service members whose landlords face foreclosure.

“The Joint Federal Travel Regulations establishes that local moves can be paid for by the military if a service member is forced to move because the service member’s landlord has been foreclosed on,” Shumake says.

The Homeowners’ Assistance Program was expanded as part of the American Recovery and Reinvestment Act of 2009. It offers financial help to members of the military who are ordered to permanently relocate and are unable to sell their homes, or who must sell at a loss.

“Basically, it allows payments to help service members and eligible family members who are required to move and because of the drop in the housing market cannot sell their homes or rent them for an amount that will allow the service members to continue to make the mortgage payments,” Shumake says.

Financial counseling for the military

Members of the military also can receive general help with their finances, according to Dave Julian, director of the Office of Personal Finance for Department of Defense.

“If service members live on or near a military installation, they or their family members can go to the family support center (for assistance),” says Julian, who notes that each branch of the service has its own unique name for this type of support center.

Family support centers have accredited financial counselors with whom troops and families can meet to discuss financial issues, develop strategies and determine the best ways to reach their financial goals.

Julian says service members who are “geographically isolated from a military installation” or prefer not to go to a family center can go to the Department of Defense Military OneSource website.

Through this site, members can be connected to a financial counselor, financial planner, or tax consultant by telephone or in face-to-face counseling sessions with financial counselors near their location. Members are eligible for 12 free sessions per year, Julian says.