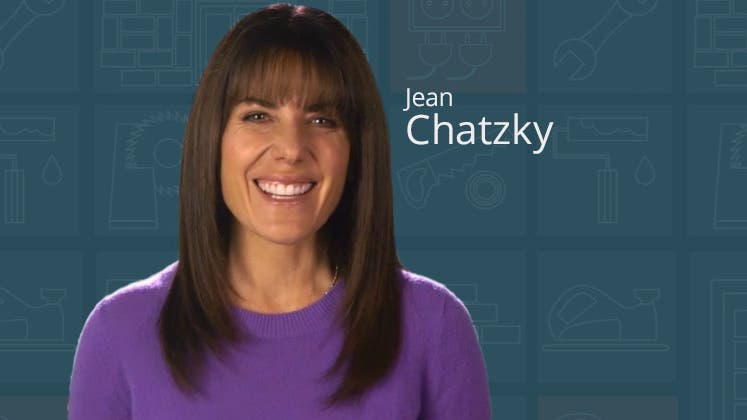 With their household budgets stretched thin by job losses and the slowing economy, many consumers are looking for ways to save. To cut the cost of repair and improvement projects, more and more people are picking up a screwdriver and joining the ranks of do-it-yourselfers.

The Sunnyvale, Calif.-based Web site RemodelOrMove.com says in its remodeling forecast for spring that 67 percent of homeowners who are considering home-improvement projects plan to do some of the work themselves. That’s up from 60 percent in 2005.

Taking a DIY approach doesn’t mean you’re on your own. You can tap countless sources for step-by-step advice, from the pros conducting in-store workshops to sales representatives in parts stores to how-to guides on the Internet.

You also can save hundreds or even thousands of dollars by adopting a DIY mentality. All you need are the right tools and a problem-solving approach, and Bankrate can help. Read our tips box on where to go for help and our “difficulty rating” on each project before forging ahead (1 for easy to 5 for difficult).

Ready to get started? Here’s a look at eight projects that have saved money for DIYers.

Bob Sisson’s dishwasher stopped draining on a Saturday, leaving him with the prospect of going without one for several days. Instead of waiting, Sisson, a home inspector who lives in Gaithersburg, Md., decided to see if he could fix it himself.

After typing “dishwasher not emptying” into Google’s search engine along with the brand name, he combed through a few pages of results and found a possible reason for the glitch on page four: a clogged drain line.

Sisson unscrewed the drain cover and felt around to check for an obstruction. He found a few chicken bone pieces lodged in the drain tube. Once he removed them, the dishwasher worked perfectly again.

When his mother’s freezer quit cooling, Herb Singleton of Springfield, Mass., stepped in to help. He searched various online appliance repair sites, like RepairClinic.com and FixItNow.com, to read about other freezers with the same problem and find the common causes.

“If we’d actually called somebody to come and fix it and they had charged a couple hundred dollars to look at it plus $150 for the part, it may have been cheaper to just get a new freezer,” Singleton says.

It also saved them the hassle of removing and disposing of the old freezer.

Difficulty rating: 2 out of 5

3. Repairing a washer and dryer

Terri Jay of Washoe Valley, Nev., couldn’t afford to replace her broken washer and dryer, and hiring someone to fix them would have stretched her limited budget. Jay decided to try the DIY approach and stopped by a local parts store for advice.

Based on her description, the salesman determined that the water in the washing machine wouldn’t rise to the appropriate level because of a broken fill switch. Additionally, a faulty thermostat was the reason her clothes were still wet when she pulled them from the dryer.

Both are easy repairs. The salesman talked Jay through the process of removing the access panel on each machine and locating and replacing the parts. A couple of turns of a screwdriver later, Jay had both machines in working order again.

Savings: $80-$100 diagnostic fee and labor for each repair

Difficulty rating: 3 out of 5

Anastasia Wylie loathed the kitchen faucet in her New York apartment. It was ugly. It leaked. And its hot and cold lines were reversed. Fed up with fiddling with it, Wylie bought a new faucet and called her roommate to let him know they’d be installing a faucet after he got home from work.

Too excited about her purchase to sit around, Wylie cleaned out the area underneath the sink, unpacked the new faucet and laid everything out on the counter.

Still restless, she turned off the water supply, unscrewed the nuts and hoses holding the faucet in place and pulled it out of the sink. Once done, she read the installation instructions and decided to see how far she could get without her roommate’s help.

“By the time my roommate got home, I’d installed the faucet, cleaned up the old one and washed a load of dishes,” Wylie says. “I one-stepped myself through the project. It was amazing how simple it was once I got past being afraid of doing it.”

Keep in mind, however, that old or poor-quality plumbing leading into the faucet can make the process much more labor-intensive, so check the plumbing out before you begin.

Difficulty rating: 2 out of 5 with intact plumbing

After successfully replacing her faucet and boosting her confidence, Wylie decided to help with a few improvements when her parents decided to sell her childhood home. One of her projects, changing out the bathroom vanity, would spruce up the look of a room that is always important to resale value.

Since contractors were already working in the room to rebuild a rotted floor, Wylie asked for an estimate to renovate the room. The price tag: more than $7,000.

Instead, Wylie picked out a kit — complete with cabinet, sink and faucet — and took on the replacement herself. Since the sink basin, faucet and vanity came preassembled, Wylie only needed to bolt the unit into place and connect the plumbing lines. Twenty minutes later, the bathroom looked like new.

As with replacing a faucet, the difficulty of updating a bathroom can quickly escalate if bad plumbing, mold or other unexpected problems are discovered in the area of the house you’re working on. If you get in over your head, swallow your pride and call a professional.

Difficulty rating: 4 out of 5

Although Mike Musall of Fishers, Ind., hired a contractor to build an addition onto an existing family room, he tackled the carpet removal and laminate floor installation on his own. Musall opted for snap-joint laminate flooring, and after asking the salesperson and other DIYers for installation tips, he got to work.

The family worked together to pull out the old carpet and remove the staples. After the space was prepped, Musall planned out every detail of the new floor. To make it look realistic, Musall laid out the pieces carefully, taking care to stagger the seams, vary the hardwood images and eliminate short pieces from the design.

“Cutting the planks was very time consuming,” Musall says. “It has to be so precise, and the blade has to be sharp. You really do have to use the measure-twice, cut-once philosophy. It took several days after work, but it went great.”

Hint: To protect the finish and minimize chipping, use a fine-tooth blade and cut the flooring finish-side up with a handsaw or finish-side down with a circular saw or jigsaw.

Difficulty rating: 5 out of 5

When Mark Firehammer’s computer died, he activated the diagnostic tool for the disk operating system, or DOS, that runs the computer. He confirmed that his hard drive, where all his data is stored, had failed, and he bought a new one.

After discharging any static electricity, which is held naturally in the human body and can be potentially damaging to computer circuitry, he popped out the old hard drive and reversed the steps to put in the new one.

Since Firehammer, who lives in East Canton, Mass., already had his hard drive backed up, he simply transferred the saved data he stored on an external hard drive to the computer’s new internal hard drive, and the machine was up and running again 20 minutes later.

Firehammer, who holds a job in tech support, says changing out computer components is easier than it seems. He learned long ago that “a computer was a collection of pieces that snap together like a child’s toy.”

“The only thing you need to do is buy the right piece and snap it in. It’s literally that simple,” Firehammer says.

Hint: If your computer slows to a crawl, it may not have enough memory, which helps the system run multiple software applications at once or browse graphics-intensive Web sites. For around $50, you can buy more memory and install it yourself, an easy fix that’s often all you need to speed up your computer. After discharging any static electricity, unscrew the case, release the flaps holding the existing memory card in place, pop out the old one and snap in the new one.

Savings: $100-160/hour. The process can take several hours, especially if the user didn’t back up the data prior to the crash or save the system-restore disk.

For Singleton, who’s self-employed, fixing his laser printer was a necessity when he was just starting out. Given the choice between buying a part and investing some time in a repair or writing a check for $1,000 for a new laser printer, the cheaper route won out.

When a black mess spilled from his printer instead of a printed page, Singleton researched the problem online at FixYourOwnPrinter.com and discovered that the fuser, which bonds the dry ink onto the paper, had died.

After ordering a new part, Singleton logged onto Apple’s Web site and downloaded the official instructions. Using the illustrations as a guide, Singleton located the fuser, unscrewed and removed the broken part. Then, he replaced it with a refurbished one, bringing the machine back to life for a few more years.