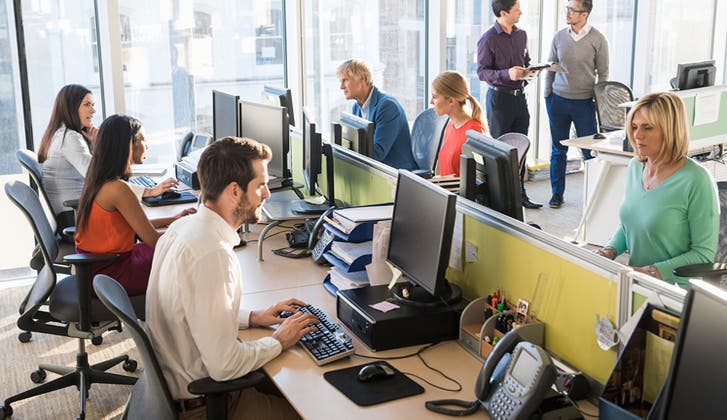 It’s never been easier to work remotely, thanks to advancements in technology and more accommodating work policies. But the flexibility comes at a cost: We’re working far more than we used to.

For the past 11 years, the Bureau of Labor Statistics has been keeping track of how Americans pass the time in its American Time Use Survey by asking questions on a variety of topics, such as phone, sleep and exercise habits. Recently released results show a sharp rise in how much we’re working — in and out of the office — and a decrease in time spent participating in recreational activities.

From 2003 to 2014, the American workday expanded nearly an hour. Workers said they spent an additional 13 minutes at work and another 39 minutes commuting or engaged in something that was “work-related,” according to the survey.

Stephen Sweet, a sociology professor at Ithaca College and visiting scholar at Boston College’s Center for Aging and Work, says the issue of job security still remains a concern for some. Those who were looking for a job devoted 47 more minutes a day to finding one, the survey shows.

Sweet added that people may be working more in response to lingering stress from the recession and a persistent worry about layoffs. Between the start of the recession in December 2007 and early 2010, the economy shed 8.7 million jobs. While the unemployment rate currently stands at 5.3%, many still remember when it hit 10% in October 2009 at the height of the recession.

The flip side to flexibility

Advancements in technology have made it easier to work remotely: not just on laptops, but with smartphones, as well. Americans said they spent 7 more minutes on the telephone in 2014 than 2003.

Many employers are embracing flexible work arrangements, knowing that “they need to recruit and retain valuable workers.” Accommodating different schedules and lifestyles is a great selling point, Sweet says.

At the same time, logging in remotely can blur the boundaries between work and leisure time.

“Many people feel that if they don’t stay connected to the workplace, they’ll be penalized and seen as insufficiently dedicated to their jobs,” says Vicki Smith, a sociologist at the University of California, Davis. “For many people who are managers and professionals and are expected to work full-time-plus schedules … it’s not possible to turn off work.”

The survey, which also measured how Americans are spending their leisure time, showed that we sleep more during the week (16 minutes). We spend less time (19 minutes) working out or playing sports over the weekend, while we spend more time (27 minutes) attending sporting events as a spectator. We also watch more television — 16 more minutes, to be exact — during the week.

That doesn’t necessarily mean that Americans are increasingly zoned out in front of the tube, especially parents with children, who are struggling to find more time in the day to get things done.

“When you see the data, you think of people going home, sitting on their couches and watching TV,” Sweet says. “But I think people are watching TV while they’re doing other activities: doing the dishes, or taking care of the kids. People are multitasking. They’re tremendously busy.”