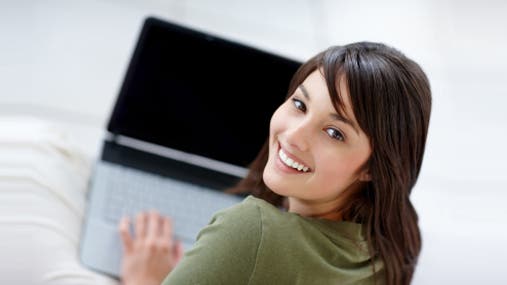 In today’s competitive job market, social media has become the new jungle. Is a reluctance to sign up for a LinkedIn account keeping you from the job of your dreams?

Quite possibly, according to Dan Schawbel, personal branding expert and author of “Me 2.0: Build a Powerful Brand to Achieve Career Success.”

Having an online presence is essential for today’s job seekers, “because if you aren’t visible, you don’t exist to the world,” Schawbel says.

“If I search for your name, or someone with expertise like yours, and you don’t come up, you will lose an opportunity each time that occurs. If two candidates have the same background, but one has a popular blog, the blogger will be hired,” he says.

Marci Reynolds, CEO of J2B Marketing in Boston — which helps job seekers with “social media and job search” — agrees that companies are turning away from job boards and toward social media when hiring.

In some cases, companies post jobs exclusively on social networking websites, especially when targeting candidates who are “social media savvy,” says Reynolds, who is also a sales and marketing consultant, blogger and author.

Schawbel says some job seekers, such as those in the service industry, still may have luck pounding the pavement and scrutinizing the Sunday classifieds.

However, others — especially those who set their sights on executive level positions — need to establish a strong online presence.

“You should disregard classified ads from your job search if you’re a serious job seeker,” Schawbel says. “The best jobs in the world aren’t advertised, and if you make a phone call or submit your resume to a classified ad, you’ll be one of hundreds, if not thousands, to do so.”

Instead, job seekers should use social media to build relationships and help make themselves “one of one,” he says.

“The only way to do that is to build a relationship with someone who works at the company that’s advertising,” he says, adding that social media allows job seekers to skip job boards and corporate websites and to “connect directly with hiring managers.”

How to do it

So, how can job seekers put their best foot forward in cyberspace?

For starters, it’s crucial to maintain a professional online presence that reflects the position you want and the skills companies are looking for, Schawbel says.

A growing number of companies rely on search engines like Google when scouting for potential candidates, he says. However, too many job seekers use keywords and job titles from previous positions when branding themselves, even if they hated their old jobs.

“Brand yourself for the career you want, not the job you have,” Schawbel says.

Reynolds agrees that Googling candidates “has become a normal part of the employer research process.” She says job seekers who do not have an online presence may hurt their career prospects.

“If you are in a marketing or technical profession and don’t use the Internet, it may look like you are not up-to-date with trends and tools,” she says. “Plus, you will miss out on job postings, learning opportunities and so much more.”

Although it’s never too late to establish a social media presence, the best time to do so is long before you receive a pink slip or decide to pursue new career opportunities, Schawbel says.

“All of the job seekers that are scoring interviews and jobs now have already built their online following when they were employed,” he says. “The people that are just starting to network are perceived as desperate and are begging for jobs, instead of building genuine relationships.”

Schawbel recommends Twitter as the best place to start actively networking because it’s in the public domain and allows you to follow a stranger in an unobtrusive manner.

“After a few weeks networking on Twitter, you can turn your public conversations into private ones by sending a direct message or e-mailing the hiring manager,” Schawbel says. “Then, you can set up an information interview and take it from there.”

He also recommends LinkedIn because it “was built as a professional network, which means that it’s much more valuable than Facebook or MySpace for finding a job.”

A LinkedIn profile offers potential employers a thorough understanding of your work experience and educational background. In addition, employers can view recommendations from your previous managers, Schawbel says.

“You can search for jobs on LinkedIn too, and see who in your network can introduce you to hiring managers,” he says.

Reynolds agrees that LinkedIn can be a powerful resource.

“LinkedIn is the most important job-search social media tool,” she says.

Regardless of which type of social media you choose to explore, it’s important to create a presence that lifts your brand above the rest of the job-seeking crowd, Schawbel says.

“You want to have a positive and professional online image, so that when employers are searching for you, you don’t give them a reason to move to the next candidate,” he says.