One can be cool and collected in most social settings, but when it comes to navigating the delicate art of financial etiquette, many of us likely have the grace and confidence of someone at a junior high dance held on roller skates.

“Finances are really something that we expect to be private and not share in our conversations with anybody,” says Peter Post, managing director of the Emily Post Institute and author of five etiquette books. “Even when a friend starts to talk about it, people start to naturally feel a little bit awkward and uncomfortable.”

That’s why it’s best to avoid opening yourself up to potentially awkward financial predicaments, particularly with those closest to us. Still, with finances an integral part of everyday life, some of these situations are simply unavoidable.

Here are nine instances when talking about money is uncomfortable — but probably necessary.

Going out to dinner with a bad tipper

Say what you will about the tipping economy, but anyone who leaves an inspirational message or coupons as a tip for a server should be branded with the modern equivalent of a scarlet letter, which is probably some terrible emoji. Leaving a paltry percentage is only nominally better.

What qualifies as a “good tipper” continues to tick upward, but the Emily Post Institute says you should leave wait staff a pretax tip of 15 to 20 percent. Regardless, there’s no mistaking a bad tip when you happen to notice one left with the bill.

“It’s an embarrassing situation because if you try to rectify it and leave a tip yourself, you’re really saying something negative about the person you’re with,” Peter Post says. “At the same time, you’re feeling pretty passionate about them not doing what they ought to be doing.”

“Next time you could make sure you’re the one that does the paying so that you can be the one to put the tip down and split the bill.” 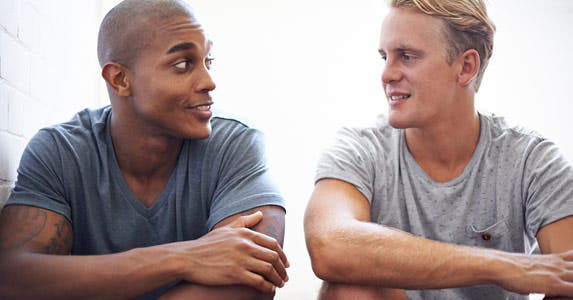 Bowing out of activities because of money

It begins innocently enough. One of your friends mentions that hiking is fun. You agree it would be a good idea to go hiking together, and a few dozen unread group emails later, a cabin has been rented for a week in the mountains, there are reservations at fancy restaurants every night and the hike will be guided by rare mountain goats. Oh, and you’re expected to chip in $700.

“As hard as it is to say something at the moment that you realize this is going beyond your means, you need to speak up immediately and say, ‘I really want you guys to enjoy yourselves, but why don’t you plan on doing it without me,'” Post says.

You can position your bowing out in a way that saves your bank account and your standing with friends. Post underscores not to let planning get too far along before saying something.

“You gotta do it right away; the longer you wait, the worse it’s going to feel and the harder it’s going to be to extricate yourself from it.”

You know the move. The meal is over and the server walks by to leave the bill, but you’re the only person who seems to have noticed. You wait a few minutes, but ultimately have to make a big deal out of reaching for the tab, leaving you to figure out how to settle who pays what. Now what?

“Attempting to figure out your own meal’s cost down to the last penny will make you appear petty,” says “Mister Manners” Thomas Farley, an etiquette expert based in New York. “Unless one person has had an inordinate amount more or less than the rest of the group, the bill should be split evenly.”

He says that unless one person is a big drinker or only had dessert, for example, determining who owes what can be a distraction.

Besides, you’ll break even over time with the same friends. 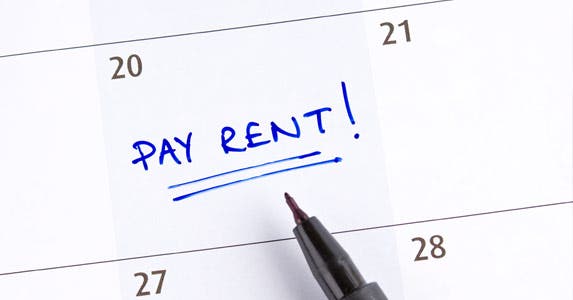 Some roommates may seem hardwired to always miss a payment date, while others will inevitably hit on a financial hardship.

“It’s certainly understandable that in a roommate situation, there may be months where money is tight for one roommate or another,” Farley says. “However, just because one person’s financial circumstances are a bit more stable than his or her roommate’s does not mean that the flush roommate should assume the ongoing role of a bank and become a ‘lender.'”

Farley suggests drafting a detailed IOU with a repayment date, so long as it is an isolated incident.

“Having this all on paper will help prevent differing recollections of the loan down the line,” Farley says. “And where possible, the roommates should divvy up the names in whose commonly shared bills are listed so that the burden of timely payment for all of the bills is not falling squarely on one roommate.” 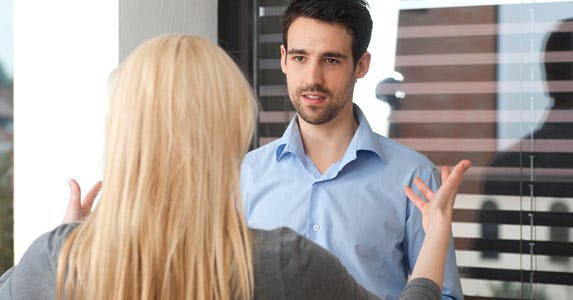 Divvying up property after a relative dies

Nothing is harder than when a loved one dies. A close second is probably squabbling with relatives over the dead relative’s stuff.

Fifty-one percent of Americans aged 55 to 64 do not have wills, leaving many families in the dark during the darkest of times.

“If there is no will, that’s a shame because there ought to be one. Don’t leave people in a situation where they don’t know what your desires were,” Post says.

One way to grieve and maintain peace in the family is to make sure that non-monetary items are given to those who find them important. Otherwise, property should be split evenly.

“It’s one of the more delicate times in life in terms of dealing with your siblings, and the best thing you can do is communicate and split as equally as you can,” Post says. “For some siblings to get more than others doesn’t make sense.” 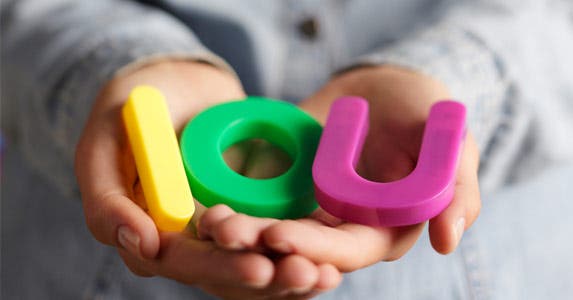 Confronting someone about a loan

You were warned that co-signing a loan is an act of folly, but you did it anyway. And now that person has stopped paying. What do you do?

“If the deed is already done, it’s even more urgent that an IOU be created and enforced, along with a plan for getting back on track, lest the loan go into default and the bank go after you for the payments,” Farley cautions. “Ensure that the loan recipient commits to a very specific schedule to get the loan payments in order.”

Check your credit report for free at myBankrate.

Farley also notes that the defaulter should cut out all but the most immediate and essential expenses until the loan is paid off.

“In other words, no going out to dinner or the movies, no shopping sprees and no visits to the salon while the good-natured friend who co-signed is left holding the bag.”

Breaking up while sharing a mortgage

When a relationship splits with a mortgage on the books, Farley recommends that a neutral third party or two attorneys mediate in order to override any lingering resentment.

“If one party is more financially able, and the factors that brought the relationship to an end are more or less evenly distributed, out of respect for the good times the couple had, he or she should offer to take on more of the economic burden than the other party,” he says. “Breaking up when there is a shared real estate situation is tough enough. The more open-hearted and generous both individuals can be, the better it will end up in the long run.”

In the end, the best solution may be to just sell the house and pay off the mortgage. Something says you’re probably going to need a new pad, anyway.

Cashing a friend&#8217;s check and it bounces

“This is an embarrassing situation for anyone,” Farley says.

It’s arguably just as uncomfortable to inform someone that they had insufficient funds as it is to receive the news yourself, whether it’s a simple mistake or not. Farley suggests that — provided it is not a pattern with the individual — you act as though it was a simple mistake and that you are not upset.

“I’d strike a friendly and understanding tone, saying something like, ‘No worries at all, but I wanted to let you know your check was returned to my bank. I figured I’d better let you know immediately, just in case you had any additional checks you were in the process of writing,'” Farley says. “After the individual has apologized, it’s important to express understanding.”

If you’re the offending party, he says good etiquette would include paying for any fees levied by the recipient’s bank, in addition to a new check (that’s worth something this time).

To avoid the question of a balanced checkbook when exchanging funds between friends, an alternative is using apps like Venmo or PayPal, allowing you to settle up quickly and mistake-free. 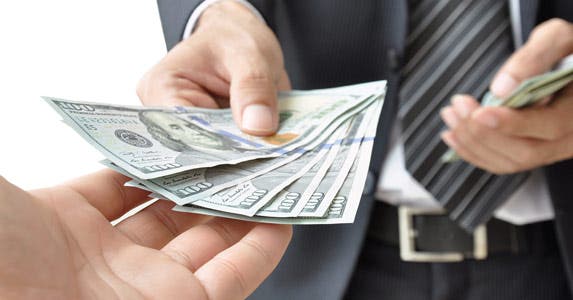 Waiting on a friend to repay a loan

From open-ended loans to awkward future gatherings, there are too many variables, emotions and relationships at risk when debt is introduced between family members.

If you are adamant about spotting a family member financially, Post recommends putting the loan in writing so there is no possibility to misconstrue or have selective memory.

“If you’re going to lend money to a friend or relative, do it with money that is mad money to you,” Post says. “If you lose it, it’s never going to hurt you in any way, shape or form.”

There is the real possibility that you’ll never see your money again.

“There is nothing you can do to drag the money out of that person except perhaps going on ‘Judge Judy.'”

Now that would be awkward.