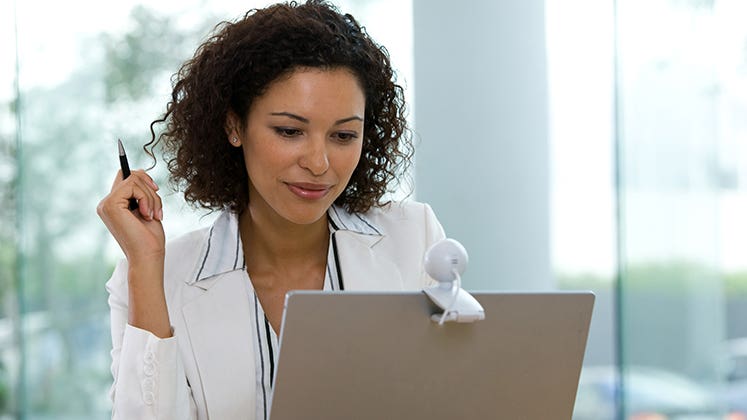 Scams have always been a hazard for those wishing to work at home. While the telecommuting set have an actual office set up, those looking to work part time or full time at a job from home can often encounter work-at-home scams when searching for employment on the Internet.

The Ripoff Report has reams of reading material on cases filed by folks who fell victim to work-at-home scams. According to website founder Ed Magedson, approximately one-third of his database is devoted to work-at-home complaints.

“It’s mind-boggling how many people get caught,” says Magedson, whose database is used by the FBI, Department of Homeland Security, U.S. Postal Service inspectors and attorneys general in many states.

“It’s not that people are stupid. Most Americans are kindhearted, honest people who don’t want to believe the other guy is not.”

Tory Johnson, founder and CEO of Women for Hire in New York City, fields phone calls daily from people asking whether or not work-at-home offers are legitimate.

“And most times when someone asks me about an opportunity, it’s a fraud,” she says.

Johnson sees the current economy as another tool scammers use to prey on innocent people looking to make extra cash.

“More than ever, people are looking for any and all ways to bring in money,” she says. “Because of that, you’re often more willing to suspend your skeptical side. Desperation sometimes leads to hope.”

Legal, but not lucrative

One of the more popular scams claims to pay workers a hefty amount of cash to type at home. A typical claim says home-based workers can make $250 a day (sometimes more) working just 30 minutes typing at home. The “companies” promoting this proposition usually ask “workers” to purchase specialized software from the company for orders that never materialize.

Other fraudsters seek workers to help convince search engines that the company’s site is highly rated by customers. Hired workers fool the search engines by placing a series of ads and remarks on hundreds of blogs, chat boards and other interactive opportunities.

While the job is legal, it’s typically far from lucrative, according to Gary Warner, director of research in computer forensics at the University of Alabama. Warner works with the FBI and Homeland Security on cases of network intrusion, phishing and spam.

“There are a handful of people who are very good at this, very fast and have long-lasting relationships with people that pay for that kind advertising,” Warner says. “They might make $100 a week.”

Unfortunately, many of the companies seeking paid workers deal in pornography, and they disappear before mailing that first paycheck, Warner says.

Reshipping scams are another work-at-home “opportunity” that delivers nothing more than a headache.

In a typical scheme, a “company” may say it needs electronics packaged a particular way for international shipments. It sends the goods to a worker’s home, along with packing supplies and preprinted mailing labels. The worker is instructed to take the product from the original packaging, repack according to instructions and run to the post office.

Warner says companies often do pay the wage they promise for this work. However, there’s a catch.

“The problem is, the electronics you’re shipping were purchased … using stolen credit card numbers,” he says. “They’re using your home to avoid getting caught by border patrol.”

In some cases, companies ask workers to wire money rather than repackage goods. What many don’t know is that this is a form of money laundering. To prosecute, the law needs to prove intent. They are usually able to do this by using the instructions given to unsuspecting workers. These are often so blatant that lawyers can use a reasonable knowledge clause to prosecute.

But many who agree to work for these companies believe they are protected from prosecution thinking the work is legitimate.

“And then there are those cases where the bank notifies someone that it suspects their account is being used as a money mule,” he says. “But the messenger thinks ‘Dang, this is the best job I’ve ever had, so I’ll keep it.’ He now has no case to pledge he was ignorant.”

Spotting work-at-home scams can be difficult. In some cases, these rip-offs even pop up on legitimate Internet job boards such as Monster, FlexJobs and Career Builder. However, there are a few red flags that should warn you that a scam may be lurking.

The best way to land a legitimate work-from-home job is to do your due diligence. Research the company you are looking at, and if you think anything about it sounds fishy, walk away. Many legitimate companies look for people willing to work from home; you just need to look to find them.

Lesley Pyle, founder and president of Home-Based Working Moms and HireMyMom.com, suggests work-at-home seekers start their search on freelance websites. Or type in your profession and the word “freelance” on Google.

No matter what job you find, however, exercise caution, says Pyle, whose organization provides a place for home-based entrepreneurs to meet and share information online.

“When someone posts a job through us, we check them out through the Better Business Bureau,” she says.

However, Pyle also cautions that even checking with the BBB is not foolproof. Make sure to check message boards for warnings, too.

“There is always someone who will slip through,” she says.