The cost of falling in love

What do you get when you fall in love? A guy or gal who could easily bust your budget, that’s what.

Finding a mate costs money. Dating, gifts, (gasp!) a wedding. You might be able to recoup some costs by eventually cohabiting with your one-and-only, but getting to that stage takes some serious dough upfront.

“Being in a relationship does cost money — especially now, with the economy the way it is,” says Allia Zobel Nolan, author of “The Joy of Being Single,” who is now married but preparing her book for its 20th anniversary edition in 2012.

With tongue firmly in cheek, here’s a quick check on the price of love.

Dinner out on the town 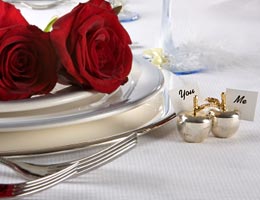 Nothing says love like a romantic dinner for two. The candles. The elegantly presented meal. Spotless white tablecloths and dishes you won’t have to wash. But then there’s the bill, tax and a 20 percent tip.

We checked the menu at Delmonico’s, which opened in New York in 1837 as America’s first fine dining restaurant. Here’s the damage:

You start with the market salad for $10, but your date opts for the shellfish chateau for $26. Next, your date orders the double porterhouse for $90. You gulp and order the chicken a la Keene for a relatively inexpensive $28.

Add in a side dish, desserts (baked Alaska!) and wine, and you’re running up a serious bill before the cheese tray wheels by.

Estimated cost: Just under $300, including tax and tip. You’ll pay less — or more — depending on your locale, restaurant and the choices you make once inside. 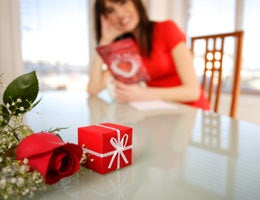 Valentine’s Day. Birthdays. Cards to say “I love you.” Cards to say “I’m sorry.” Eventually, cards for his or her family members on their birthdays and anniversaries.

You could save by buying cheaper cards from a dollar store or by sending a free e-card. But pinching pennies can backfire. One budget-conscious suitor tells of buying two Valentine’s Day cards for the price of one and saving the second one for the next year.

The girlfriend wasn’t so impressed when she found out. But now she is his wife. And she still has both cards. (Awwww.)

Personalized cards from Hallmark.com range from about $3.49 to $5.99. Pay for the stamp and Hallmark will mail the card for you. 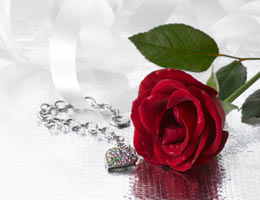 Often, a card isn’t enough. A gift shows you really care, but sometimes the desire to show you care overwhelms financial common sense.

“I remember when my husband and I were going out, he gave me a bunch of stuff for Valentine’s Day and I gave him something, too,” Nolan says. “He was surprised. If you’re a liberated woman, Valentine’s Day isn’t just for women to get gifts.”

Many people buy gifts for significant others when they travel — or just because. “I remember buying my husband this 100-year-old malt, which set me back something like $200, just because he wondered what it was like,” Nolan says. “It was a lot of money for a bottle of whisky.”

Estimated cost: The sky is the limit.

Wrapping her in furs 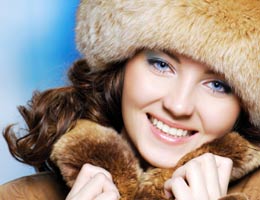 Fur coats are frowned on in some circles, but many women still wear them. We checked prices at the FurOutlet.com and found a politically correct faux lynx coat for $200.

A real coyote coat will cost $1,000, while a brown full-pelt mink fur runs $10,000. (And it costs you more to insure.) You can buy other coats at all price points in between.

Flowers say it for you 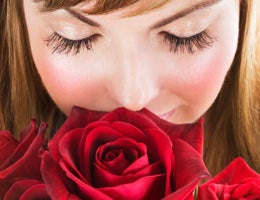 The doorbell rings and a delivery person hands you a dozen red roses — magic! Flowers are a great way to express your love, and they don’t have to bust your budget. You could pick wildflowers in season, grab flowers at a corner store for just a few dollars or spring for delivery.

But watch out around certain holidays, when demand overwhelms supply and florists look to turn a profit. “Flowers, especially around Valentine’s Day and Mother’s Day, are expensive,” Nolan says. “When we got married it was around Mother’s Day and flowers were through the roof.”

Pricing in the hardware 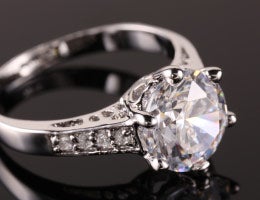 When your relationship gets more serious, you’ll start pricing jewelry — maybe even an engagement ring. Sure, you can buy necklaces and earrings for under $10, but don’t expect much return on that investment.

At the low end, $220 buys you a one-sixth-carat diamond ring at jeweler Zales.com. Budget $700 for a diamond engagement and wedding ring set, also from Zales. Or get a 1.25-carat ring for $2,549 at FineJewelryVault.com.

For him, how about a titanium wedding band for $39 on iWeddingband.com? Or, splurge $600 or more for 18-carat yellow gold.

Estimated cost: $10 and more, but count on three figures minimum to make a proper impression.

What happens once you commit 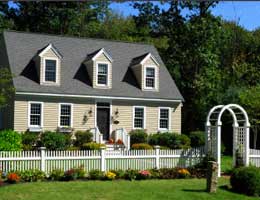 Come tax time, being married can cost you, says Janet E. O’Herron, a CPA in Deltona, Fla. Although the marriage penalty has been eliminated for couples with lower incomes, it still exists to a degree for higher-income earners.

Imagine two fictional couples. Bob and Mary are single and cohabiting but must file taxes as singles. They earn $50,000 per year each. Bob owns the home.

Estimated cost: $1,425 in extra taxes for Bill and Margaret. 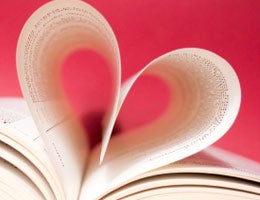