This year, China observes the year of the rabbit. That’s appropriate, since inflation is jumping in the world’s second-largest economy.

With prices also up in countries such as Brazil and India, there’s concern America might soon hop on the inflationary bandwagon, says Jeet Dutta, senior economist with Moody’s Analytics. “All these headlines about inflation raging in other parts of the world may influence people to think that it’s going to happen here,” he says.

Fed Chairman Ben Bernanke doesn’t seem worried. He recently told Congress that “inflation made here in the U.S. is very, very low.” Then again, in 2007 he said the impact of the subprime crisis “seems likely to be contained.”

No matter your view, it’s good to keep a lookout. After all, inflation can eat away the value of your savings. Here are some signs that suggest it could be here already, and a few future indicators that may signal it’s getting worse. 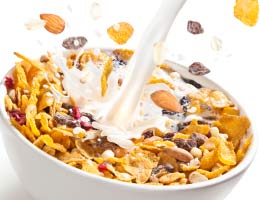 The Consumer Price Index may be DOA at the moment, but the price of cereal is a killer.

The prices of corn and other grains are as high as elephant’s eyes. So cornflakes and other breakfast cereals are enough to bowl you over. General Mills instituted price hikes last fall, for instance, and according to the Bureau of Labor Statistics, cereal and bakery products rose 1.1 percent just between December and January.

Dutta crunched some numbers, however, and says that, if there’s cause for solace, it’s that consumer food prices are “rising, but not at nearly the same pace as food commodity prices are.”

But others say that respite can’t last forever. And changing your breakfast routine may not help, either. The category that includes eggs was up 6.2 percent in 2010, or roughly four times the index. 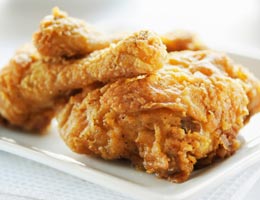 In recent years, a slack economy kept the inflation rate penned in. But recently, a writer for Forbes noted that his order for a three-piece takeout chicken dinner with coleslaw, baked beans and a drink came to nearly $10, or a $40 dinner out for a family of four. That’s not chicken feed.

Whether this means inflation has sprung the coop is yet to be determined, however. Inflation hawks see cause for alarm, but the latest Consumer Price Index showed food away from home is only up 1.5 percent over the past 12 months.

Still, experts agree restaurant prices — and fast food in particular — are one of the more reliable inflation indicators, and it isn’t always visible to the naked eye. Even if costs seem stable, for instance, restaurant chains can effectively raise prices by curtailing discounts like coupons and in-store specials. 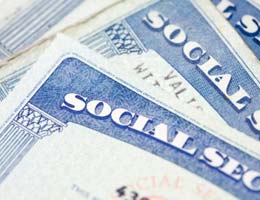 In 2009, the Social Security Administration gave a whopping 5.8 percent cost-of-living adjustment, or COLA, to its 55 million recipients, the largest annual increase since 1982. That was because inflation was rising rapidly in the third quarter of 2008, fueled by accelerating gas prices. The COLA is based on third-quarter prices compared to the third quarter one year earlier.

But for 2010 and 2011, the government said overall prices didn’t rise. So Social Security recipients didn’t get a raise. That was small comfort, no doubt, to retirees who like cereal and chicken.

The experts suggest inflation-watchers should keep an eye out for what Washington does to Social Security benefits later this year. Another zero percent raise — or relatively small increase — might be a good sign about inflation (though it’s doubtful Social Security recipients would appreciate it). But if a COLA the size of a Big Gulp is granted, it could mean inflation has started to pop.

Of inflation in general, however, Dutta isn’t expecting anything dramatic. “I think inflation will happen in a more normal way, and not burst forth like a tsunami,” he says.

‘Home’ in on inflation trends 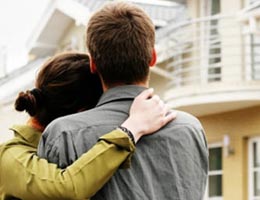 Housing prices are still dropping in much of the country, according to the Standard & Poor’s/Case-Shiller Home Price indexes. But buying a home is getting more expensive because mortgage rates are on the march.

The average interest on 30-year, fixed-rate mortgages recently surpassed the 5 percent threshold in Bankrate’s weekly survey of large lenders. And while it has fluctuated, it has remained well above the record lows of last fall.

Does that mean inflation is back? Not necessarily, says Robert Schmansky, president of Clear Financial Advisors in Royal Oak, Mich. But it could mean more home lenders are fearful that inflation, like an unwanted house guest, will be knocking on the door soon.

“The fact that rates are rising could be due to a signal of greater expectations for future inflation,” Schmansky says. 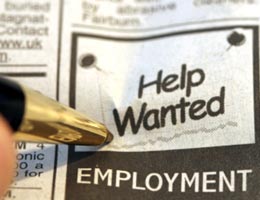 Inflation isn’t necessarily a bad sign for everyone. That’s because it can be produced by a booming economy that induces heavy hiring. The resulting labor shortages force wages up. When companies pass along wage inflation in the form of higher prices, consumers pay more.

In that regard, job creation is one trend to track when looking for leading inflation indicators, economists agree. It may be awhile, however. Most labor market analysts don’t get concerned until the jobless rate dips below 5 percent or so. Given the current 9 percent unemployment rate, it’s unlikely the country will face a worker shortage for the foreseeable future. 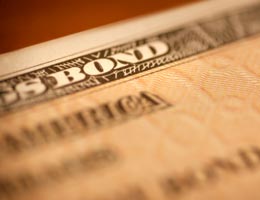 With inflation, it’s a good tip to watch TIPS, or Treasury inflation-protected securities. TIPS are federal bonds. Their principal gets adjusted to reflect moves in the Consumer Price Index. If inflation rises, their face value is increased.

That may explain why TIPS have been selling at a premium to their face value — investors expect inflation will prod the government to adjust the principal upward. “TIPS prices increase when there is the expectation of inflation, and decrease when that expectation is lessened,” says Art Nunes, chief investment officer of Northwest Asset Management in Mercer Island, Wash.

Another bond to follow is the 10-year Treasury. Their rates have been rising — and the prices of the bonds falling — since last autumn. It suggests some traders expect inflation, at some point.

The bottom line: There isn’t just one sign that will show inflation’s back. And a lot of common wisdom can prove widely wrong, says Michael Argiro, owner of 4T Financial in Wallingford, Conn. “Don’t follow the herd,” he says. “You’re likely to go off the cliff that way.” 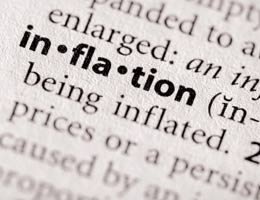