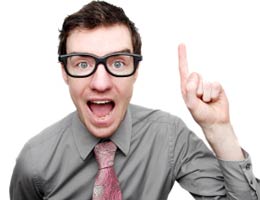 Updated guidelines, better ways to save

Most of us learned the basic tenets of budgeting, housekeeping and auto maintenance from our parents. But times have changed, and some of the things you believed to be true are not the case anymore.

Following are several examples of conventional wisdom that may cause you to needlessly waste money. Dig in and learn how to effortlessly save money by thinking outside the box. 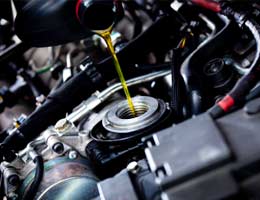 The little sticker placed on the car windshield reminds you to change a car’s oil every 3,000 miles — regardless of make, model or scenario.

But many experts now say the 3,000-mile oil change is dead. Why? New car engines and oil quality have advanced to the point where cars can go 5,000 to 10,000 miles without a change.

“Generally speaking, vehicles don’t need to be changed every 3,000 miles anymore,” says Tara Baukus Mello, author of Bankrate.com’s Driving for Dollars column. “It’s somewhere between 5,000 to 10,000, unless they have an engine oil sensor, and then it could be anywhere.”

However, don’t automatically assume you can push oil changes beyond 3,000 miles.

“It’s important to consult your owner’s manual for the frequency, the number of miles, the length of time between changes and the type of oil — and to follow whatever those instructions are,” Mello says.

Use sheets with sky-high thread counts 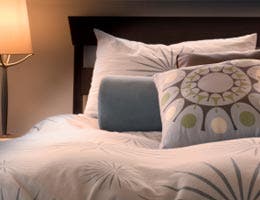 New sheets usually have the thread count listed on the packaging. There’s a misguided notion that more is better, says Barbara Flanagan, author of “Flanagan’s Smart Home: 98 Essentials for Starting Out, Starting Over, Scaling back.”

Sheets with a lower thread count are better for several reasons, Flanagan says. They can be washed and dried faster, which saves money on laundering, as they take up less space and dry quicker.

In addition to the money saved, lighter sheets are better for your skin, she says.

“You want your body to breathe through the sheets,” Flanagan says, “and you want to get your laundry done in as few loads as possible, so the choice of sheets is really important.”

Flanagan also recommends using waffle-weave towels over the traditional large fluffy towels that Americans tend to buy. Waffle weave towels are also cheaper to wash — and can even be air-dried, she says.

“So that really saves a lot of money in the dryer,” Flanagan says. “Your dryer is one of the most expensive appliances (to run) in the house.”

Keep ceiling fans on in an empty room 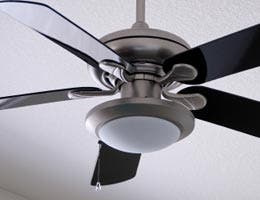 The ceiling fan is a great alternative to — or accompaniment to — air conditioning, right?

Not unless you are in the room, says Gregory Karp, personal finance columnist and author of “The 1-2-3 Money Plan.”

“(People) leave ceiling fans on in rooms where there are no people — but ceiling fans don’t cool rooms at all, they only cool people,” Karp says. “They create a wind chill factor that makes human skin feel cooler. It has nothing to do with cooling your sofa in an empty room.”

And in the winter, running a ceiling fan in the opposite direction doesn’t offer many benefits, Karp says. In houses with high ceilings, the fans can push the heat down — but otherwise, they will often create a wind chill and waste electricity.

And the cost can be significant, setting you back $35 per year on your utility bill to leave a large ceiling fan set on high through the night each night.

Bottled water is healthier than tap 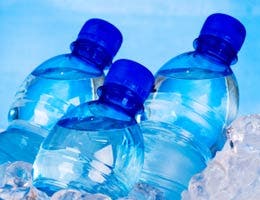 We’ve all heard stories about sketchy tap water. But a lot of bottled water is not much better. In fact, there is less quality oversight for bottled water than there is for tap water, Karp says.

“This is a beverage that falls from the sky for free. It’s given away at public water fountains,” Karp says. “Yet somehow, this industry has convinced us to go to the store (and) pay real money for this stuff.”

And, according to the EPA’s website, “Some bottled water is treated more than tap water, while some is treated less or not treated at all.” 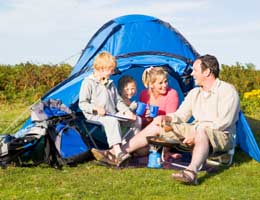 People love to take vacations. But airfare, hotels, restaurant meals and activities can suck up money like a vacuum cleaner set on high.

Vacations don’t have to be lavish. Consider skipping a trip to Paris and instead camping somewhere within your state’s borders or visiting a friend in a nearby city. Travel time will be shortened, and your wallet will thank you.

How about skipping the trip altogether, and really saving cash? Karp and Flanagan offer good reasons for making room for a bare-bones vacation in your budget.

“Academic studies show time and again, and they all confirm each other, that people are much happier buying experiences than buying more stuff,” Karp says. “And the reason is that experiences actually improve with time, like a fine wine.”

Flanagan agrees. She says her family decided to travel for Christmas and Hanukkah instead of exchanging gifts. 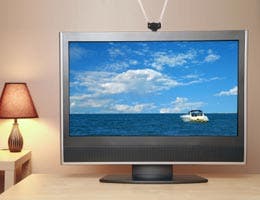 Most people could save boatloads of money if they dumped their cable or satellite plan — possibly enough to fund a modest vacation.

If you’re keeping cable or satellite because you think it has a better picture than rabbit ears, think again, Karp says.

“I think a lot of people think that if you get television over your antenna that somehow that’s inferior to cable or satellite,” he says. “But the picture’s actually better since we switched over to digital.”

Now that nearly all stations broadcast programming in a digital format, the picture captured by an antenna is less-compressed than it is through cable or a satellite system, Karp says.

“The best picture you can possibly get is with a regular rabbit ears antenna,” he says. 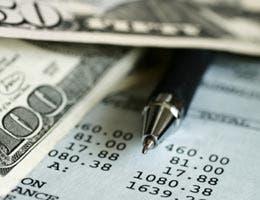 Looking for more ways to save? Check out these Bankrate.com stories.