As many consumers discovered during the recession, it’s hard to scale back when you’re used to a certain standard of living. Sometimes even when you set a budget, external factors can subtly shift your expectations — and your spending level — causing what some call “lifestyle inflation.”

As Ramit Sethi, author of the bestselling book “I Will Teach You to be Rich,” points out, lifestyle inflation happens naturally and isn’t necessarily bad, assuming your income keeps pace. If it doesn’t, however, you might be due for a reality check. Here are six factors that can trigger lifestyle inflation and tips to manage them.

Sometimes one-time splurges that you budget for create a ripple effect of higher spending.” Someone buys a little bit more expensive car,” says Greg McGraime, a Certified Financial Planner in Melville, N.Y. “That might not seem like a big deal, but then there (are) all the unanticipated expenses: higher ongoing maintenance costs, insurance premiums.”

Sethi calls these “phantom costs.” Even something as innocuous as buying more expensive shirts could increase your dry cleaning bill. Instead of fighting it, he suggests automating your bank account so you know where the money is going. When you set up automation, have a percentage of your deposit automatically transferred to your savings accounts, 401(k), Roth IRA and any other accounts.

Also, try to factor in those extras when making a big purchase. 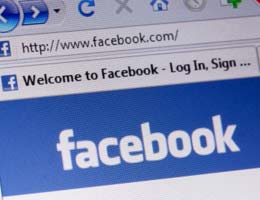 Social networking creates pressure to keep up with “Joneses” beyond your close neighbors and friends, says Kim McGrigg, spokeswoman for the nonprofit credit counseling agency Money Management International. “Every day you can hop online and see pictures of people who got a new car or went on vacation,” she says. “You see them living a lifestyle that’s different from yours, but very rarely do people post their credit card statement along with that.”

McGrigg says the key to avoiding peer pressure is “being very clear about your values (and) what you want your money to do for you.”

Salary increases nationwide are slightly higher than they were last year, according to the 2011-2012 salary survey from WorldatWork, a nonprofit organization focused on global human resources issues. If you receive a raise, it may be tempting to simply absorb that extra money into your budget rather than using it strategically. “More often than not, the year goes by and the money gets lost with variable expenses,” says McGraime.

Some advisers recommend upping your retirement savings so you won’t notice the difference in your paycheck. If that seems tough to swallow, then consider Sethi’s suggestion. “When I get unexpected money, I spend some of it right away to encourage me to continue growing my business,” he says. “The rest of the money is automatically filtered to the places I’ve set up.” Such places could include savings accounts with subaccounts for specific savings goals, a “guilt-free” spending account and retirement funds.

Getting a taste of ‘the good life’

The tricky thing about airline upgrades, daily deal sites and other bargains is that they can make you crave luxuries you couldn’t otherwise afford. Say you buy a voucher for a $50 haircut and color at a swanky downtown salon and hit it off with the stylist, so you decide to go back and pay full price. Now you’re on the “hedonic treadmill,” paying full price and returning every few weeks to touch up your roots without that boost in happiness you experienced initially.

“Understand that a treat is just that: a reward, something to appreciate, not something that has to be every day,” says McGrigg. “If that salon is part of your regular way of living, it’s not special anymore.” 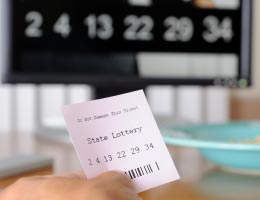 It’s easy to get carried away with bonus money, lottery winnings or an inheritance. “Adrenaline kicks in, you feel like the money is endless, and you don’t think to actually cover your bases first,” says Farnoosh Torabi, author of “Psych Yourself Rich.” “That’s why we see a lot of lottery winners and professional athletes going broke.”

What’s her advice? “Address your needs first and then your wants,” says Torabi. “It’s not about accumulation, it’s about allocation, whether you’re making $8 million or $80,000.” The urge to treat yourself is human nature and it’s fine to do so, she says, as long as you’re also paying your bills. 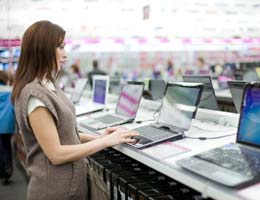 Nearly half of unemployed persons have been out of work for at least 27 weeks, according to July 2011 data from the U.S. Bureau of Labor Statistics. It’s tempting to immediately shift into spending mode once you find a job. “Pent-up demand for things that you weren’t able to afford is common,” says Torabi. “That’s a knee-jerk reaction to sudden income.”

Before spending big, make sure you’re on stable financial footing and don’t bank on getting a raise. “It’s OK to indulge occasionally as long as you can afford it and it’s planned for,” says McGrigg. “But to live a life where you’re assuming you’re always going to have an increasing income is dangerous.”