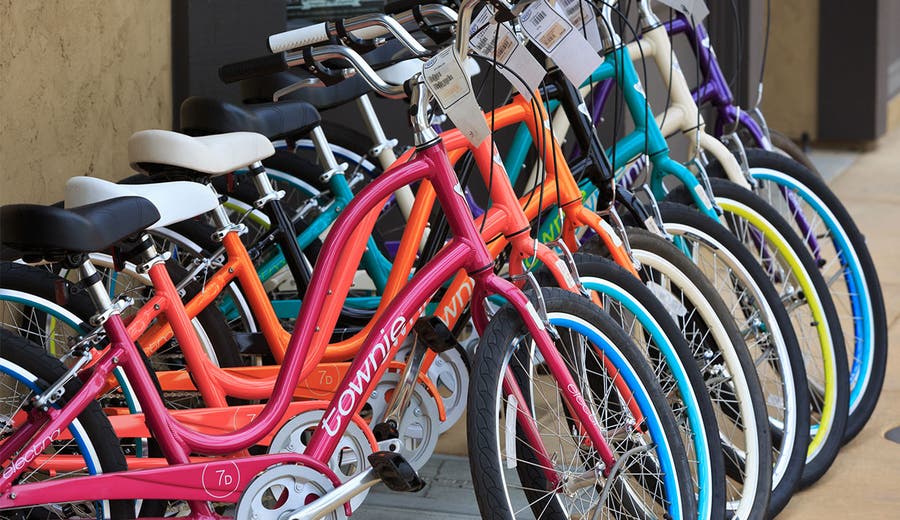 September is a big month for bargains, with deep discounts on summer merchandise and more.

“September is all about the end of summer, so anything seasonal is going to be on clearance,” says Benjamin K. Glaser, former features editor with DealNews.com.

You’ll find the last of the 1-cent and 10-cent deals on school supplies at the big office-supply chains in September. “The deals start to wind down after Labor Day,” says Kendal Perez, a money writer and former savings expert for Coupon Sherpa.

And if you or the student in your life needs a laptop computer, you might find a bargain. “Inventory will be more limited, but the discounts justify giving it a look,” Glaser says.

At the grocery store, summer produce is discounted and so is the first bounty of fall. “You’ll see great prices on peaches and nectarines, alongside pears and apples,” says Chris Romano, chief operating officer of Veggie Noodle Co. in Austin, Texas, and former coordinator for produce and floral for Whole Foods Market. “You have two seasons at the same time.”

Here’s your guide to the best things to buy in September.

If you’ve been enjoying big, juicy summer tomatoes, now is your last chance to enjoy them at lower prices.

In September, you can still find a rainbow of heirloom varieties for 20 to 50 percent less than out-of-season prices, Romano says.

Big, round “slicer” tomatoes — a cookout staple for topping burgers — will be cheaper, with some as low as 99 cents a pound.

And if you’re planning a Labor Day weekend cookout, don’t forget fresh corn. Markets tend to roll out specials, such as 25 cents an ear, or four for $1.

The first weekend in September is the “last push” for corn season, Romano says, so expect corn to be very inexpensive.

September also ushers in the first tastes of fall. Hearty greens that are great in soups and salads, such as kale and chard, “need the cool, crisp nights” that September brings, Romano says. Look for big discounts.

Craving apple pie, apple fritters or just a sweet, crispy apple with a slice of cheese?

Domestic apples are a fall crop, and as they roll into the stores in September, you’ll see prices start to drop, says Romano.

To celebrate, many coffee houses and doughnut shops, including chain stores and small, independent cafes, will offer deals and discounts. Some coffee shops offer free cups of java and doughnuts on the house, as well as special buys on coffee beans.

One place you won’t find a free cuppa joe: Starbucks. The giant coffee chain instead uses National Coffee Day to kick off charitable events and tout the positive impact it has on coffee-growing communities worldwide.

Labor Day rivals Memorial Day as one of the best times of the year to buy a mattress, says Glaser. “You should look for discounts of at least 50 percent,” he says.

Expect to find significant savings on queen- and king-sized mattresses at mattress centers and department stores. Some retailers throw in gift cards or twin mattresses for $99.

“I like to think of Labor Day as a good time to buy the big-ticket items you can’t wait until Black Friday to buy,” says Glaser.

If you need new appliances for your kitchen or laundry room, Labor Day weekend is the time to shop.

Stores such as Lowe’s, JCPenney and Best Buy were advertising big savings weeks ahead of the holiday weekend, including up to 30 percent off on refrigerators and more.

Many retailers also throw in free delivery or rewards and interest-free financing if you use a store credit card.

Sears, Home Depot and other stores will be discounting older models to clear the floors for new appliances. Don’t forget to check store websites, too, as some deals are available only if you buy online.

Most people take their big trips in summer, which makes September a good month to find deals on airline tickets.

The one exception for fall travel bargains is Thanksgiving week. Flights sell quickly and at a premium for that holiday.
A couple of guidelines to follow:

Whether you’re an occasional bike rider or you take it seriously, September is a good month to buy a bicycle. New models debut in the fall, so retailers start to sell old inventory.

A lot of bike manufacturers have already delivered their 2019 models, says Larry Pennenski, manager of Mike’s Bikes, which sells the top bike brands at its two stores in Charleston, South Carolina.

But don’t expect huge discounts on bicycles. “There’s not a whole lot of markup on them,” says Pennenski. Mike’s Bikes typically discounts older models by about 10 percent, he says.

Bike prices are all over the place, depending on what you want. A 10 percent discount on a $500 Electra Cruiser, for example, saves you a tidy $50. In September, also look for deals on cycling jerseys, helmets, storage stands, tools and more.

Your location affects prices, too. In northern climes, the bike business slows down during cold months. That’s leverage for shoppers. Being a first-time customer at your local bike shop might give you negotiating power, too, since the store probably wants to build loyalty and retain you as a lifetime customer.