Have what they’re having

It’s generally considered a positive thing to expand one’s horizons with new experiences, and that’s especially true with food. As children, many of us were likely given ultimatums to eat foods that were unfamiliar, had an off-putting texture or simply tasted strange. As adults we may no longer have anyone dictating our eating preferences for us, but an open mind to go along with an empty stomach has its rewards.

“Broadening our diets is a must if we want to save our planet and support our cultural, economic and environmental sustainability,” says Andrew Zimmern, host of the show “Bizarre Foods” on the Travel Channel.

Zimmern, of course, is no stranger to strange delicacies. He has been introduced to dishes of fresh bile, “raw blood of all types” and sea squirts, which resemble a cross between an octopus and coral and are a popular foodstuff in Korea and Japan.

He says most of the bizarre foods he’s tried are actually pretty tasty, so traveling around the world on a plate is often a case of mind over matter. That, or finding a subtle way to hold your nose. 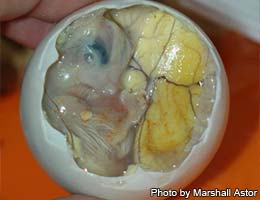 The first step in experiencing the most interesting cuisine that the world has to offer is to be willing to eat anything, almost literally.

“Never draw a line,” Zimmern says. “This is not gimmick food, if someone eats it somewhere — there is a reason. And that reason can teach you a lot about a culture that you can’t learn otherwise.”

Perhaps a good place to start testing your boundaries is with a helping of balut, which is for anyone who thinks a hard-boiled egg could use a little crunch. Consisting of a fertilized duck egg that has been left in the sun, balut is usually associated with the Philippines, where the typically desired age of 17 days is not quite old enough for a beak, feathers, or bones to have fully formed on what is clearly a tiny duck. Easily available from street vendors, the eggs are often enjoyed boiled or scrambled.

The concept of balut originated in China and has a presence in other Asian cuisine such as in Vietnam, where the preferred age of 21 days allows for more development of bones in the egg.

If you’re up for the challenge, balut is available at many Filipino markets for about $1 per egg. 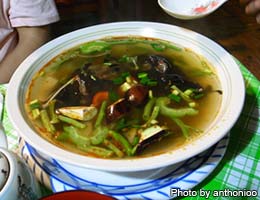 It’s true that often the best way to deal with your fears is to face them head on. If you’re not one for confrontation, you can always try eating them.

The island nation of Palau, about 500 miles east of the Philippines, has a local dish seemingly made of coconut milk and nightmares. Until Western food became readily available and preferred, the locals had to make do with what they could grow or hunt on the island, which includes a type of fruit bat unique to Palau.

The bats are boiled in the aforementioned milk and spices, with a gamey taste that has been described as “oddly fragrant” and similar to chicken liver. Not described is the sensation one has of a furry, winged gremlin staring back at you from your soup, trying to eat your soul before you eat it first. The delicacy is relatively rare now and a pricey experience for adventurous tourists who can even pick out their desired bat in certain restaurants.

Assuming you have a local source for fruit bats, you can try this soup at home thanks to the 1971 edition of “The New York Times Natural Foods Cookbook,” which calls for ginger, onion and soy sauce, but surprisingly no holy water. Now you’ll finally have that family recipe to pass down through the generations. 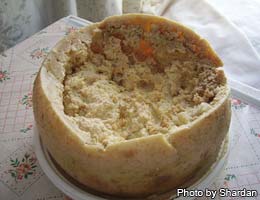 If you ever find yourself trying to describe what cheese is to someone for the first time, you’ll realize that it’s a little odd explaining how delicious the aged lactation of an animal can be. It doesn’t get any easier imparting the joy of eating it in string form.

The Sardinians are well past that awkward stage. Well, well past it. They have a traditional cheese in Sardinia with the moniker of “walking cheese,” which already lets you know you’re not at Subway anymore. Casu marzu cheese begins as an innocent and delicious wheel of pecorino sardo. Things immediately take a turn for the bizarre, as the cheese is left uncovered in the open to deliberately attract cheese flies, which sound like the most pretentious insects in existence.

As you might expect but hoped wasn’t the case, the flies lay their eggs in the cheese. The larvae hatch and begin eating through the pecorino, which promotes fermentation and decomposes fat in the cheese.

Casu marzu, literally “rotten cheese,” is intended to be eaten with the maggots still squirming around. Act quickly though, because the maggots can jump up to six inches when exposed. The generations-old process results in a drippy, gooey cheese that is incredibly pungent. It was banned for some time in the EU and you cannot bring it into the U.S. That last part should be easy to explain. 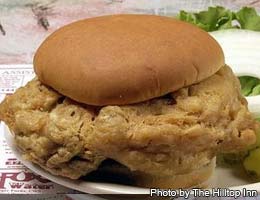 Lest you begin to think that America gets a free pass from culinary weirdness, have you seen what goes in a hot dog? Scientific American recently checked out the ingredients list, and it reads like the police report after a turkey violently crashed a chemical truck into a pig that was helping a cow cross the road. It’s estimated that we average 70 hot dogs per person each year in the U.S., which is a lot of sodium erythorbate.

You have to go more organic to get truly weird here, though. This Fourth of July, try substituting your hot dog with a pork brain sandwich. The Hilltop Inn in Evansville, Ind., is well known for its noggin sandwich. Around 13,000 of them are sold each year, helping the restaurant win a 2009 poll for “Manliest Restaurant in America.” As for the brain itself, it’s breaded and fried, and said to resemble grey, processed meat. No word on how it pairs with a Chianti or fava bean spread.

If you’re not a pork person, rest assured that all animals have brains. The Crow’s Nest Restaurant near St. Louis has a “traditional south side” calves’ brain sandwich on the menu, which chef Jimmy Hippchen said is unique to the city’s heritage, according to the Riverfront Times. It has the presentation and flavor profile to almost make you think the undead are on to something.

You may want a chaser 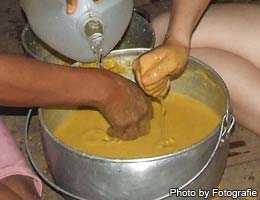 Whether you’re enjoying a porterhouse or a brain sandwich, you’re going to need something to wash it down with. Lucky for you, there’re plenty of strange beverages out there to complement even the most bizarre food.

If you’re genuinely appreciative when your friend hands you the last swallow of a warm, backwashed beer, you might enjoy one of the oldest beverages in the world – chicha de jora. A favorite drink of the Incas for festivals and rituals, chicha’s popularity has waned over time but is still produced in a handful of communities today in Peru.

That may be in large part because history is not the only thing that chicha is steeped in. It’s made by chewing on corn, which is then spit into vats. The human saliva, along with warm water, ferments the corn over a few days and voila, you have a tepid 1 percent to 3 percent alcoholic beverage.

On the other side of the world, the Chinese and Koreans have taken weird to an entirely new level with what could probably be considered the official beverage of terror. That name must be trademarked, because instead they went with baby mice wine. As the name implies, a pile of three-day-old mice are drowned in a bottle of wine for a health cure-all. Once the wine is polished off, the mice are eaten. Why three days old? To avoid any fur in the wine, of course. Cheers!