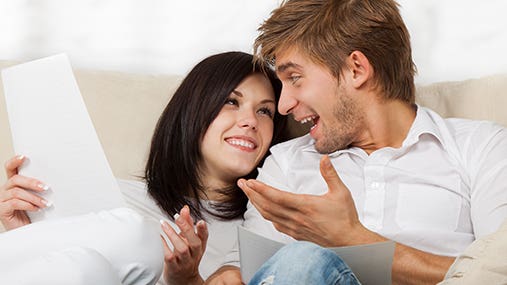 Save pennies and earn dollars in 2014

Are your New Year’s resolutions putting cash in your pocket?

If you make resolutions, some of the goals likely are aimed at making you healthier and happier in the coming year. But how about including one or two that make you wealthier, too?

From maximizing your interest-earning potential (while still having emergency cash) to getting better rates for favorite services, there are a handful of easy ways to enrich your finances in the coming year.

Here are five resolutions that can put some money in your wallet in 2014. 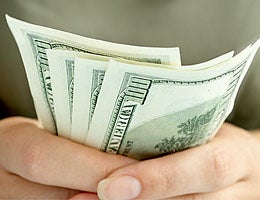 Want to make money and simplify your financial life? Consolidate cash accounts with an eye toward earning interest where possible, says Wayne Bogosian, president of the PFE Group and co-author of “The Complete Idiot’s Guide to 401(k) Plans.”

Most brokerage accounts have a cash component, he says. Instead of keeping several cash accounts with different houses (and earning no interest), combine them, and put the money you want to keep liquid in a Roth IRA, he says.

It’s easier to track one account, and — because you can take funds from a Roth IRA as needed — “you establish your emergency fund,” Bogosian says. If you don’t use it, “it becomes your retirement fund.”

Over 59 1/2? You have another option for stashing cash and earning interest: your 401(k) plan’s stable value fund, he says.

The average annual return on a stable value fund was 2.08 percent in 2013, says Gina Mitchell, president of the Stable Value Investment Association.

Plus, after 59 1/2, 401(k) account holders can withdraw money without penalties, Bogosian says. 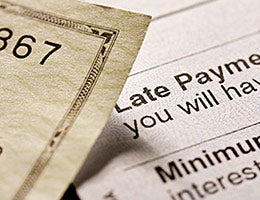 “The best way to make money is not to lose it,” Bogosian says.

Look at which companies and services are socking you with fees, then check out your alternatives.

You don’t have to accept institutions that require hefty balances for “free checking” when plenty of banks and credit unions offer free banking for deposits of $100 or less, he says.

Enough institutions offer free electronic banking and reimbursement for “out-of-network” ATM withdrawals that you shouldn’t be paying for those, either, Bogosian says.

Late fees are another money drain. If you can amass a little buffer in your bank account, you can automate bills to make sure everything gets paid on time, he says. Some providers will reduce your bills — or your interest rate — if you pay early or automate payments, he says.

Even if you don’t automate, just accumulating a cash cushion gives you the luxury of letting due dates — not paydays — dictate when you pay bills. Which means more money stays in your account.

So resolve to check reports for free at AnnualCreditReport.com. You need to know “what everybody else already knows” about you, Bogosian says. 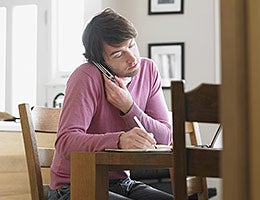 So call the phone company, and the cable or satellite company, and anyone else who’s had your business for a while, and see if you can negotiate a better deal, says Linda Sherry, director of national priorities for Consumer Action.

“Very often they will put you on a new promotion,” she says. “It’s really worth calling those companies you do business with.”

Whether you get an upgrade, new services free, or a better rate for what you’re already using, it’s money in your pocket.

If you have trouble bargaining with customer service, just politely work your way up the chain. Sometimes you’ll have better luck if you deal with the department that customers contact to terminate service. (They’re often trained to retain customers.)

A second way to save is to eliminate services you don’t use: extra cell minutes, texting limits that you never quite reach, TV packages that include channels that you don’t watch. Save by scaling back to only those services you use and enjoy.

Bonus points for canceling services that started with a “free trial” but now carry a fee. 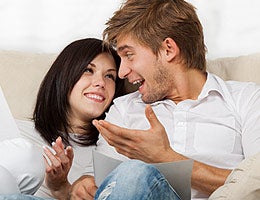 Do you know where your investment money is? Not the brokerage house or the type of account — but where the money is and how it’s invested?

Too many investors don’t, Bogosian says.

“Of the plans we work with, the vast majority have automatic enrollment, and 80 to 90 percent of new hires come in through auto enrollment,” he says.

Putting retirement on autopilot can mean that your money is invested too aggressively or too conservatively, in ways that don’t suit you, he says.

In a volatile market, it pays to rebalance investments more than once a year, he says. The optimum is every quarter, Bogosian says. That way, you harness current conditions to make the most of your nest egg.

One thing you can put on autopilot: savings.

Have money automatically transferred from your paycheck or checking account to your savings or investment account, Sherry recommends.

If you’re using a company-sponsored retirement plan with a match, you can set up your savings amount to maximize the company match — which makes money for you, she says. 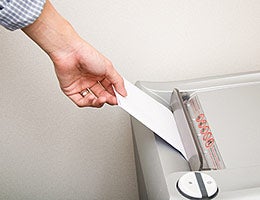 Want to cut your odds of losing money to identity theft or fraud?

Opt out of allowing companies to sell and share your personal information, she adds. Do it when you sign up for services. If you’re already a customer, companies like utilities and financial institutions send opt-out information annually.

“If you’re not opting out of sharing information, that’s gambling,” Velasquez says.

Along with your name and address, “those bar codes that look like lines have all that demographic information,” says Dr. Karen Altfest, CFP, principal adviser for Altfest Personal Wealth Management. “It tells so much about you.”

And skip sharing the last four digits of your Social Security number every time someone asks, she says. “That’s really a no-no.”

The first three digits often indicate where someone grew up, she says. Supply the last four, and a professional criminal only has to guess two numbers, Altfest adds. “You’re telling too much.”