5 dumb ways to spend money on your kids 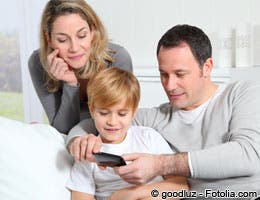 Financial mistakes we make for our kids

Every parent is probably guilty of giving in to his or her kids when it comes to spending money.

Whether it’s buying a candy bar at the checkout counter or sending a well-timed check to cover the wedding caterer, the impulse to spend money to make kids happy is a natural reaction, says Chicago-based CFP Leisa Brown Aiken.

“Parents want their kids to be happy,” Aiken says. “And they’re really good making you feel like if they don’t get it, they’re going to be unhappy and you’re a terrible parent.”

But giving in to those impulses can have serious financial consequences, says Joan Koonce, a professor and financial planning specialist at the University of Georgia.

“Parents are trying to provide (kids) with these things, and sometimes it’s a bad situation because they really can’t afford it,” she says.

Worse, it creates a pattern that repeats itself with ever higher stakes, as children get older, for parents as well as the children. “When they leave their parents’ household for the first time, many of them end up in a lot of debt,” Koonce says.

Here are some dumb financial moves that children commonly demand and how to push back. 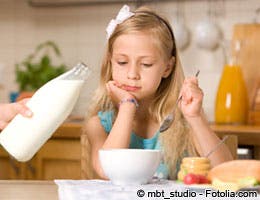 Brands and the powerful advertising that pushes them exert a strong influence on kids. The U.S. food industry alone spends more than $10 billion per year on advertising to children, according to a 2004 study from the Institute of Medicine of the National Academies.

And because children are naturally much less critical consumers, that advertising can be effective. Among children 2 to 6 years old, just a 10- to 30-second exposure to advertising can influence food, drink and toy preferences, according to a Stanford University study conducted in 2001 and still quoted in textbooks.

Taken in by advertising, kids will push to spend money on expensive brands, a phenomenon so common scientists have a name for it: “the nag factor.”

“The $1.50 yogurt versus the $4 yogurt isn’t the biggest problem. The problem is you’ve set that pattern, and then when it’s middle school, your kid only wants $75 T-shirts,” Aiken says. If your kid was buying $20 or $15 T-shirts, the rest of that could be going in your college fund.”

How to say ‘no’: For young kids, a fun way to demonstrate that cheaper brands and name brands are often similar is a blind taste test. Ask kids to identify which is the brand name and which is the generic. Even if they’re correct in identifying the products, they’ll notice how similar they are. 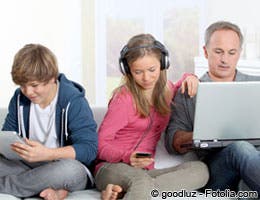 Kids face peer pressure, and that pressure sometimes translates into persistent demands to spend money on the same kinds of electronics, clothes and even cars that their peers’ parents buy, even at the expense of the family’s long-term financial well-being, Aiken says.

“They’re in school or they’re bombarded with all these marketing messages, and they don’t have experience, they don’t have the long view. They’re kids. The long term to a 6-year-old is 15 minutes,” she says.

But even if you can afford to do so, giving in to the pressure to keep up with the Joneses leads kids to expect a standard of living they may not be able to maintain later in life, Aiken says.

How to say ‘no’: When a child brings up what they’ve seen peers getting, break out your own financial plan. Explain your goals for retirement savings and other things you value more than keeping up appearances, says Laura Scharr, principal of Ascend Financial Planning LLC in Columbia, S.C.

If that doesn’t work, “You start then and say, ‘Well that’s kind of a special thing that you want, so why don’t you pay for it out of your allowance,'” Scharr says. “If they really do want it, they’ll pay for it.” 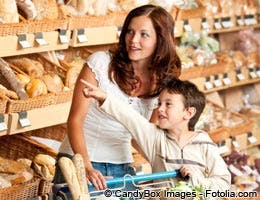 Getting kids to appeal to parents is a time-tested way to increase sales for grocery stores and other retailers. According to the Institute of Medicine study, advertisers specifically place those items at kids’ eye level to get their attention.

Giving in to those impulses won’t cost you much at first, Scharr says.

“If your kid is between 3 and 9, that’s normally the time when they’ll be in the grocery store and say, ‘Can I have that candy bar?’ And what does a parent want to do? Just get the candy bar and make them happy. It’s quick, it’s easy, it’s not that expensive,” Scharr says.

But the cost of adding extra purchases to every shopping trip grows as kids get older, she says. If you’ve taught them that you’re an easy mark, you’ll face demands to spend money on everything from dessert at every restaurant to video games to expensive clothing.

How to say ‘no’: Instead of springing for every impulse purchase, try saving money you’d otherwise spend on children’s extras in a glass jar to fulfill a specific goal, Aiken says. That way, they can see how saving for something they want can give more satisfaction in the long run than frittering away money on small items.

Splurging on a ‘dream school’ 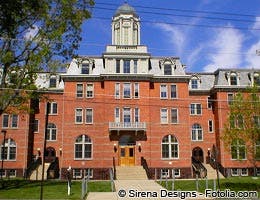 College costs have exploded in recent years. Tuition, room and board at a four-year institution averaged $21,189 per year for the 2009-2010 school year, according to the National Center for Educational Statistics.

In addition, only 40.1 percent of students graduated within four years of starting college in 2004, according to U.S. News & World Report. So college costs may grow from what parents expect to pay at the start of college.

Kids often pick out high-end colleges as their “dream schools” with little regard for cost, expecting parents to pay, says Scharr.

Giving in to those demands, especially when those costs often come at a time when many parents are rushing to save for retirement, can mean retirement gets short shrift, says Scharr, who often hears from clients about putting off retirement.

“They say, ‘Here I am now at 57 years of age, and I don’t have a lot saved up for retirement, but it was because I had to put my kid through college,'” Scharr says.

How to say ‘no’: Look at what you can do financially and communicate that number in clear terms from the get-go.

For example, you could offer to pay tuition for any in-state public university. If the child wants to go to a pricier school, make it clear he or she will have to come up with the difference by applying for scholarships or taking out student loans, Scharr says.

If you doubt whether a child’s wedding can be a major drag on your finances, here’s a statistic for you. The average American wedding cost $25,631 in 2011, up from $19,581 in 2009, according to an annual study by the Tucson, Ariz.-based market research firm The Wedding Report.

Despite that, many parents still feel obligated to write their children a blank check, even if they’re struggling financially. “I have people who have lost their jobs and then want to go pay for their kid’s wedding,” she says.

Having their wedding costs covered leaves little incentive for children to control costs. That can lead to lasting financial damage to parents for what amounts to a one-day celebration.

How to say ‘no’: With wedding demands you can’t afford, honesty is the best policy. “It’s important for parents to be very upfront with their kids,” Scharr says. “The kid’s going to understand if you explain to him your situation.”

Discuss the other pulls on your budget, such as the need to save for retirement or pay down debt, in concrete terms. While they may still resent your decision, it’s more likely that they’d rather scale back their wedding plans than cause financial trouble for their parents, Scharr says.