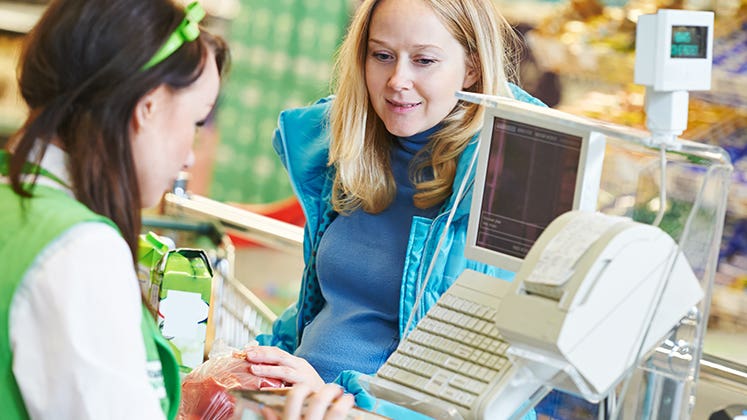 Now that conserving cash is the national obsession, a new type of discount “club” is proliferating, with friends and neighbors buying in bulk and sharing the savings.

Group buying has been around for a while, notes Atlanta-based consumer researcher Anne Simons, who runs the marketing strategies Web site Brandeo.com. In her own community, Simons says, several neighbors got together to use the same landscape service at a discount. But the collective effort to trim lawn maintenance happened rather serendipitously, with neighbors offhandedly mentioning the possibility.

“Now in this economic climate, people are proactively looking for these opportunities,” Simons says.

Here are three forms of group buying that may be worth it for you to try:

At least three Web sites — Groupon.com, BuyWithMe.com and LivingSocial.com — offer discounts on items from local retailers as well as offerings from bars and restaurants, and “experiences” like exercise classes and golf.

Groupon.com probably has the biggest reach, with a presence in 28 cities and more projected to launch. BuyWithMe.com is in Boston, San Diego and Washington, D.C., and more cities are expected soon, says founder Andrew Moss. Right now, LivingSocial.com is active in several major cities, including San Francisco and Chicago.

These sites work similarly. You join for free, and each day brings new featured discounts which are only available after a certain number of members commit to purchasing. If the critical mass necessary for the deal isn’t reached, the members who signed up aren’t charged and don’t get the bargain offering.

When the numbers required by the offering merchant or provider are reached, those who signed up are charged and receive a voucher to turn in for the deal.

For example, at LivingSocial.com, a $39 hot stone massage that regularly costs $140 was available as soon as 300 people signed up for the service, offered by a salon in Washington, D.C., served by the site.

The idea behind the sites is to build buying power. Spokesmen for the sites say you often get steeper discount if you get friends to sign on for a purchase or refer new members.

Tough economic times tend to see an uptick in food buying clubs, says Ronnie Cummins, national director of the Organic Consumers Association in Minneapolis. And this recession should particularly spur clubs as many consumers commit to cutting restaurant trips while still cooking nutritiously, he says.

In food buying clubs, small groups of friends and neighbors buy groceries from wholesalers or local producers. So far, about 350 food cooperatives with storefront operations have grown out of the small clubs, says Cummins.

Most of the products offered to these food clubs by the major wholesalers that make up United Natural Foods Inc. of Providence, R.I., or UNFI, are organic.

Organizing a club takes some time since you gather monthly orders and then distribute the delivery. Many clubs, such as the Fox Fed Elgin Flakes, order monthly from the wholesaler and also contract with local suppliers for products like eggs or honey, says Gwen Moeller, coordinator of the club in Elgin, Ill.

Landscape companies are often approached by homeowners associations which bargain for lower rates based on the number of adjacent lawns that can be maintained more easily and cheaply, says Duane Shumaker, president of the Virginia Nursery and Landscape Association in Christiansburg, Va.

There’s no reason homeowners on a block without a formal association can’t do the same, says Rick Kier of Pro Scapes Inc., a Jamesville, N.Y., company that does landscaping and snow removal.

Depending on the number of driveways to be plowed or lots mowed, discounts could be slight to considerable — 50 percent or more, says Kier.

But it takes a committed group, and someone will have to serve as the group’s organizer, Kier says. “What if I give a group rate and then only a few people sign the contract?” he asks.

Indeed, these and other group buying efforts can save consumers plenty of cash. The challenge will be getting organized and staying organized.