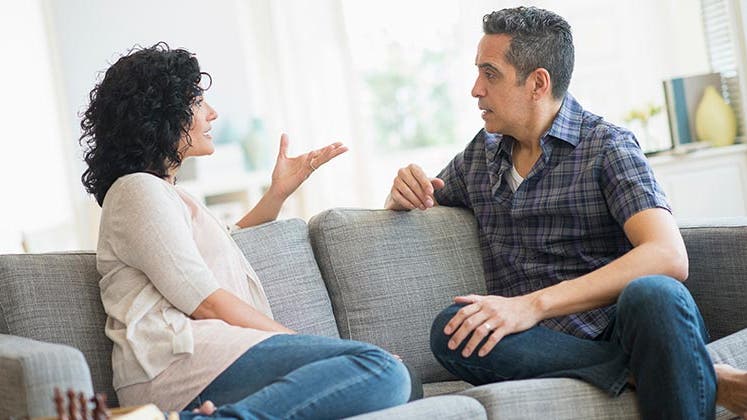 Thanks to 2014 changes in federal regulations on reverse mortgages, the loans now serve as a financial planning tool for the waves of middle-class baby boomers facing retirement.

In 2014, the Department of Housing and Urban Development, or HUD, eased the rules on these Home Equity Conversion Mortgages, or HECMs, in two significant ways.

Previously, full repayment of reverse mortgage loans fell due upon the death of the borrower, sometimes forcing a surviving spouse to sell the home or face foreclosure. Now, HUD allows non-borrowing spouses of reverse mortgage loan borrowers who pass away or enter assisted living to remain in their home, provided they use it as their permanent residence and continue to pay taxes, insurance, maintenance costs and association fees.

In a second but related change, HUD allows qualified borrowers to obtain an HECM even if their non-borrowing spouse is younger than age 62, with the caveat that the loan’s principal amount will be actuarially based on the age of the younger spouse. Toward that end, HUD released new loan amount tables that apply to non-borrowing spouses of ages 18 to 61.

Prior to the change, both the borrowing and non-borrowing spouse had to be at least 62.

The last major boomer-friendly tweak in reverse mortgage loans came in 2009, when the Federal Housing Administration, or FHA, announced its HECM for Purchase Program, which enabled qualified seniors to downsize or relocate by using a reverse mortgage loan to purchase their new home, thereby saving on closing costs.

The impetus behind the change

The reverse mortgage loan makeover came about in part as the result of a longstanding legal challenge by AARP, which argued that even non-borrowing spouses should be protected as homeowners from eviction and foreclosure under reverse mortgage loans. AARP also recognized a trend popular during the housing crisis: HECM applicants would remove their spouse from the home’s title before taking out a reverse mortgage loan in order to maximize their loan amount.

Such moves not only generated tons of bad press for lenders, who appeared to be throwing widows to the curb, but in many cases saddled them with additional risk.

“Say you’ve extended amounts of money to a 75-year-old and now you have a 71-year-old continuing to live in the house. That loan may possibly have a longer duration than the lender anticipated,” says Peter Bell, president of the National Reverse Mortgage Lenders Association. “Now, going forward, they can underwrite to the 71-year-old.”

Ramsey Alwin, vice president of economic security for the National Council on Aging, applauds the new HECM rules for protecting non-borrowing spouses, lenders and the FHA, which insures the loans. But she points out that those protections may not please all consumers.

“Given the use of actuarial tables in determining the loan amount, it’s going to be a smaller draw as a result,” she says. “That may squeeze out some of the individuals who are in crisis mode. But generally speaking, the new policies strengthen the product, protect the consumer and make it well-poised to be an important long-term financial planning tool, most likely for the more moderate- to higher-income population.”

Kevin Sandifer, a reverse mortgage loan attorney based in Columbia, South Carolina, would rather his borrowers had been given a say in the matter.

“I wonder what would happen if you put an either-or provision in there,” he says. “Maybe the borrower could sign a disclaimer that says, ‘We’ve taken care of my wife with a term-life policy; she doesn’t want to live here because her family is far away, but we need the higher borrowing amount to be able to pay off our mortgage.’ In my opinion, you’re forcing all the borrowers to take a lesser amount if they have a non-borrowing spouse.”

Overall, he considers the new rules “well-intentioned. I don’t think there’s a ‘gotcha’ in there for the consumer.” What concerns him is, “it just limits the pool (of applicants).”

“Financial planning is great when everything works for you and you have your own nest egg set aside. But in the real world, things don’t always work as planned, whether due to illness, loss of job, downsizing or parents or kids passing away,” he says. “If they’re upside down in their mortgage, they’ve gone through their nest egg and their home balance is higher than what they can borrow, then they’re precluded from taking advantage of the situation. I think you need to be careful how tight you shrink the market.”

Alwin is concerned, as well, that opportunists may step in to take advantage of those most in need.

“There may be more predatory products created that are then attractive to the cash-poor, house-rich individual,” she says. “We need to be vigilant about our consumer protections and consumer awareness for those individuals.”

Bell, of National Reverse Mortgage, admits that while the new rules may “penalize” those with a legitimate reason to exclude their spouse from the HECM equation, he predicts that settling the spousal rights issue stands to open rather than further constrict the reverse mortgage market.

“Over the past couple years, I’ve seen at least half if not three-quarters of the industry stop writing non-borrowing spouse loans period, because they felt that the ‘headline risk’ and other liabilities associated with them were not worth doing,” he says.

Waiting longer to take out a reverse mortgage loan allows you to build up more equity and have a larger loan principal amount available. But Bell sees the awakening among financially savvy baby boomers to the benefits of taking a reverse mortgage loan earlier, rather than later, as a more productive approach to a valuable product that has long been unfairly maligned.

“Financial planners suggest that people have peaks and troughs in their cash needs throughout retirement, and as a result, are often forced to liquidate assets at inopportune times because they need cash,” he says.

“If instead you take a reverse mortgage as a standby line of credit — a standby cash reserve that enables your other assets to remain intact and continue to grow in value or generate income — you end up with a greater amount of wealth to fund longevity.”