10 most expensive cars to own 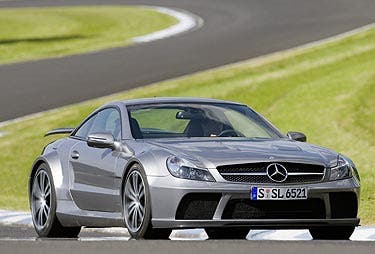 With gasoline prices higher than ever, many Americans are scrambling to unload their gas-guzzling sport utility vehicles and larger cars in exchange for hybrids and other more gas-friendly models. But judging a car’s value based on gas alone is a big mistake that could cost you thousands, says Joe Spina, industry analyst for Edmunds.com, a site that tracks the total cost of car ownership over a five-year period.

“The ownership of a car includes so much more than (gas),” says Spina. The rate of depreciation, the cost of maintenance and repairs, and even the cost of financing all contribute to the bottom line of a vehicle’s total cost, which varies significantly from a vehicle’s list price.

Perhaps the biggest factor is depreciation, says Spina. Some brands lose their value faster than others. In other cases, some vehicle segments will depreciate faster than others. SUVs, for example, have depreciated much faster in recent months than hybrids and more compact cars, Spina points out, as consumers try to save on fuel. Vehicles packed with high-tech gadgets are also likely to depreciate faster than less-equipped models because gadgets like state-of-the-art GPS systems are often packaged with other high-cost features and technology evolves so quickly that those gadgets typically become overshadowed by newer technologies on the market, Spina says.

The amount of money consumers pay for maintenance and repairs in the first five years of a car’s life has gone down over the years, but it’s still a factor that buyers must consider.

While haggling for the best price can save you thousands in the long run, factors such as taxes, fees and the cost of financing are more indicative of how much you’re really paying.

Here’s a look at the 10 cars you’ll pay the most to drive.