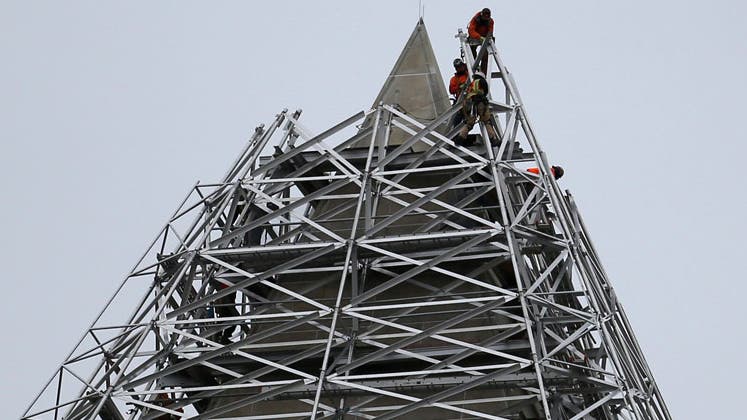 An earthquake can shake up your life and ruin your home, but you can prevent a serious jolt to your finances by buying earthquake insurance. Standard home insurance or renters insurance won’t protect against quake damage, but a separate earthquake policy can fill that gap.

You most definitely ought to shop for earthquake insurance if you live within the Pacific earthquake belt nicknamed the “Ring of Fire,” part of which runs up the West Coast from Southern California to Alaska. About 81 percent of the world’s biggest earthquakes occur in that region, according to the U.S. Geological Survey.

But quakes do happen in other parts of the U.S., such as the earthquake centered in Virginia that damaged the Washington Monument in 2011, and another that same year in Oklahoma, which was the state’s largest earthquake in modern times. 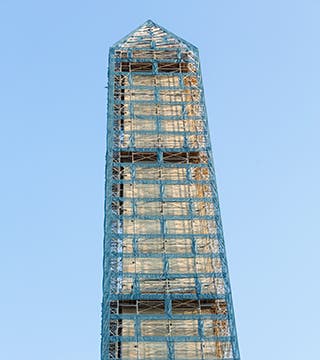 The Washington Monument is encased in scaffolding during repairs of damage caused by a 2011 earthquake. © Steve Heap/Shutterstock.com

Most U.S. households don’t carry insurance to cover earthquake damage. Industry groups say half the losses from the Virginia quake were uninsured, while less than 1 percent of Oklahomans had the proper insurance for a quake. (Oklahoma also is 1 of 6 states the U.S. Geological Survey recently identified as being at high risk for earthquakes caused by human activities, such as oil and gas “fracking.”)

Even in California, which has the highest earthquake risk in the country, fewer than 10 percent of homes carry earthquake insurance, according to the California Earthquake Authority, or CEA.

“That’s its own disaster waiting to happen,” says Glenn Pomeroy, chief executive officer of the CEA, a nonprofit, privately funded insurer set up by the state government.

Here are five things to know about earthquake insurance.

1. You need it if quakes are a concern

Conventional homeowners policies don’t cover direct damage from earth movement, which includes not only earthquakes, but also landslides and sinkholes, says Chris Hackett, director of personal lines policy at the Property Casualty Insurers Association of America. Homeowners wanting earthquake insurance must see if their current insurer offers a rider on their homeowners policy, or search for a separate policy altogether.

Earthquake coverage is offered by major insurers including State Farm, Travelers and Liberty Mutual. The Insurance Information Institute reports that the largest writer of earthquake insurance is the CEA, created after insurers fled the state following the 1994 earthquake in Northridge, California, that caused more than $15 billion in losses.

Earthquake insurance premiums could exceed the cost of your homeowners policy in high-risk regions, the CEA’s Pomeroy says. Annual coverage rates in California average about $1.75 per $1,000 of coverage, while premiums in lower-risk states can cost as little as 50 cents per $1,000.

2. You shouldn’t settle for a high premium

If the price for earthquake insurance is daunting, there are ways to reduce costs. For example, the CEA offers up to a 20 percent discount to California residents who retrofit their existing homes to make them less prone to shake damage, Pomeroy says. Such improvements include bolting or bracing the structure to the foundation. Homes built after 1979, when stricter building codes were enacted across the state, generally draw lower premiums.

Insurers may offer lower premiums on wood-frame homes versus ones made of brick or masonry, says Hackett. Frame homes typically can withstand shaking better, whereas brick or masonry homes aren’t able to flex with the movement and can crack.

Other insurers may lower your premium if you put sprinklers in your home, install metal straps to the walls and roof, or use different trusses, says Jim Whittle, chief claims counsel at the American Insurance Association.

Read an earthquake policy carefully to be sure your belongings are covered, because some quake insurance doesn’t cover personal items. If you want to protect your home’s contents, you may need to purchase a more comprehensive earthquake policy, which will likely cost more.

You may want to consider buying extra earthquake coverage for expensive items, such as fine art or jewelry, on top of the coverage you purchase for your home’s more ordinary contents. Similar to regular homeowners policies, earthquake insurance will cover items up to a limit.

Another type of coverage you might buy as part of an earthquake policy would provide “additional living expenses,” money to cover the costs of temporary housing and other basic needs after a disaster.

4. Size up your other quake coverage

Apartment dwellers will find their renters insurance is insufficient to cover damage from earthquakes, same as with homeowners insurance. Renters who want to insure their belongings against quake damage will need to scout around for a separate earthquake policy.

Meanwhile, comprehensive auto insurance coverage typically covers vehicle damage incurred in an earthquake, says Whittle. However, not all car owners have comprehensive coverage; many carry only liability insurance, as their states require. That won’t do diddly if your car is damaged or destroyed by a quake.

As for other property, check your existing coverage closely. If you have a boat, for example, your marine policy may cover earthquake damage.

5. Be ready in case you have to file a claim

There are a few steps you can take to make filing a claim easier and faster after an earthquake.

First — and this may sound silly — know who your insurer is. Hackett says many times after a disaster, homeowners can’t name their insurance company.

Keep your insurance agent’s card in your wallet, or store information about your earthquake insurance and other policies in your cellphone, Whittle suggests. That way, you’ll be sure to have it when you need it.

“We don’t want to see people getting killed after an earthquake because they go back in a damaged home to get paperwork,” says Whittle.

Second, take inventory of everything in your house. Make copies of receipts from appliance purchases and other big items. Take pictures or video of your belongings. Store this list in a safety-deposit box or firebox in your home. Trying to remember everything that you had is much harder after a catastrophe. Being prepared ahead of time will speed your recovery.