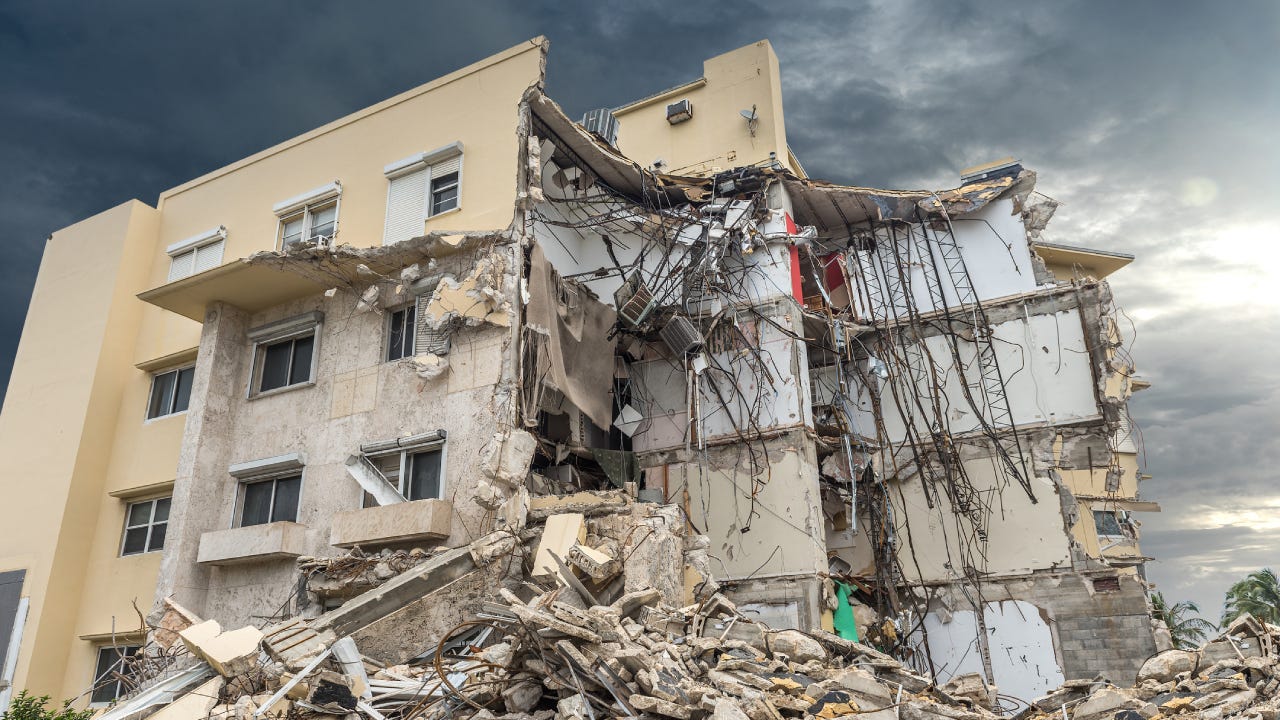 For homeowners whose homes were built over abandoned land mines, there is a risk of movement in the earth which could cause sinkholes or troughs and possibly damage your home. Mine subsidence insurance is a highly specialized homeowners insurance policy that is available as an endorsement or separate policy which provides financial compensation for damage caused by this exact scenario. If your home is one of millions built over an abandoned mine, you may want to consider adding this niche insurance coverage or confirming if your homeowners policy already includes it.

Mine subsidence occurs when there is shifting, sinking or collapsing of the ground as a result of mines underground. When there is movement, it can cause sinkholes, depressions or troughs in the land, which in turn can cause great damage to any structures built on or near it. Mine subsidence damage, by definition, is damage caused by a shifting or collapse of the earth from the man-made structure, and not because of a natural occurrence like you might find with an earthquake.

There are pockets in the United States, such as in Pennsylvania and Illinois, where there is a greater concentration of abandoned mines. While the Environmental Protection Agency (EPA) has identified 33 different states from coast to coast where abandoned land mines exist, only a handful of states have areas of concern where housing is built on or near possible mine subsidence. In general, abandoned land mines refers to an area where mining used to take place but is no longer active.

Do I need mine subsidence insurance?

If you live in an area identified by the EPA as an abandoned land mine site, then you should consider adding this coverage. If you are working with a licensed insurance agent, chances are a knowledgeable agent would be familiar with the location of the home and could possibly know if it is prone to mine subsidence.

You should first confirm if your home is built near an abandoned land mine, and the states where this is a concern have resources available to confirm this. For example, Pennsylvania offers an online site where you simply input your address to confirm possible mine subsidence concerns. Counties in some states, such as certain designated counties in Illinois, automatically require the coverage, but it is optional for the remaining counties in Illinois. Whether the coverage is mandated or not, if you are concerned about your home’s proximity to abandoned land mines, it may be worth inquiring about adding the coverage.

Mine subsidence insurance coverage may vary depending on what state you reside in and the insurance companies writing the policy. In general, the policy includes a deductible but offers coverage up to a specific limit as stated in the policy. Most states offer a minimum amount to maximum amount of coverage. For example, in Illinois you can purchase up to $750,000 in coverage.

Where can I get mine subsidence insurance?

If you live in an area prone to mine subsidence, then a licensed insurance agent can assist with options for purchasing this additional policy. Most homeowners who need this insurance can purchase it either through their current insurance provider or through a government site.

Some states, such as Pennsylvania, give residents the option to purchase through their own government site. This can be completed directly by residents or through a licensed insurance agent in the state. It should be noted that although the coverage is offered through the state of Pennsylvania, it is a voluntary coverage.

How much does mine subsidence insurance cost?

Rates vary for mine subsidence coverage, depending on the insurance limits you choose and the state you are purchasing in. You may first want to double check your current homeowners policy does not automatically include the coverage, and again, a licensed insurance agent can provide more exact quotes based on your information.

Using Pennsylvania as an example, there are policies available through the Pennsylvania Department of Environmental Protection for purchase. The coverage cost is listed as 27 cents per $1,000 purchased in coverage. A policy with $200,000 of coverage towards damage as a result of mine subsidence is estimated to cost around $54 per year. There is typically a limit in the amount of coverage you can purchase, and in Pennsylvania the coverage can not exceed $1,000,000.

Which states have a higher risk of mine subsidence?

The EPA has identified 33 states where there are abandoned land mines, however there are a few states where the chances of homes being built near abandoned clay and coal mines are more likely. These states include Colorado, Illinois, Indiana, Kentucky, Ohio, Pennsylvania, West Virginia and Wyoming.

What is the minimum deductible for mine subsidence insurance?

The minimum deductible for mine subsidence insurance varies depending upon the state the policy is written in. For example, in West Virginia the deductibles range from $250 to $500. The deductible is the out of pocket cost a homeowner would have to pay when filing a damage claim as a result of damage due to mine subsidence.

How do I know if my home is affected by mine subsidence?

When purchasing a home, the seller, or property owners, may be required by law to disclose the property is affected by mine subsidence. If a disclosure is not available, some states offer search options online where you can put in your exact location and find out if your property is affected.

Read more From Sara
Sara Coleman is a former insurance contributor at Bankrate. She has a couple of years of experience in writing for insurance domains such as The Simple Dollar, Reviews.com, Coverage.com and numerous other personal finance sites. She writes about insurance products such as auto, homeowners, renters and disability.
Edited by
Maggie Kempken
Insurance Editor