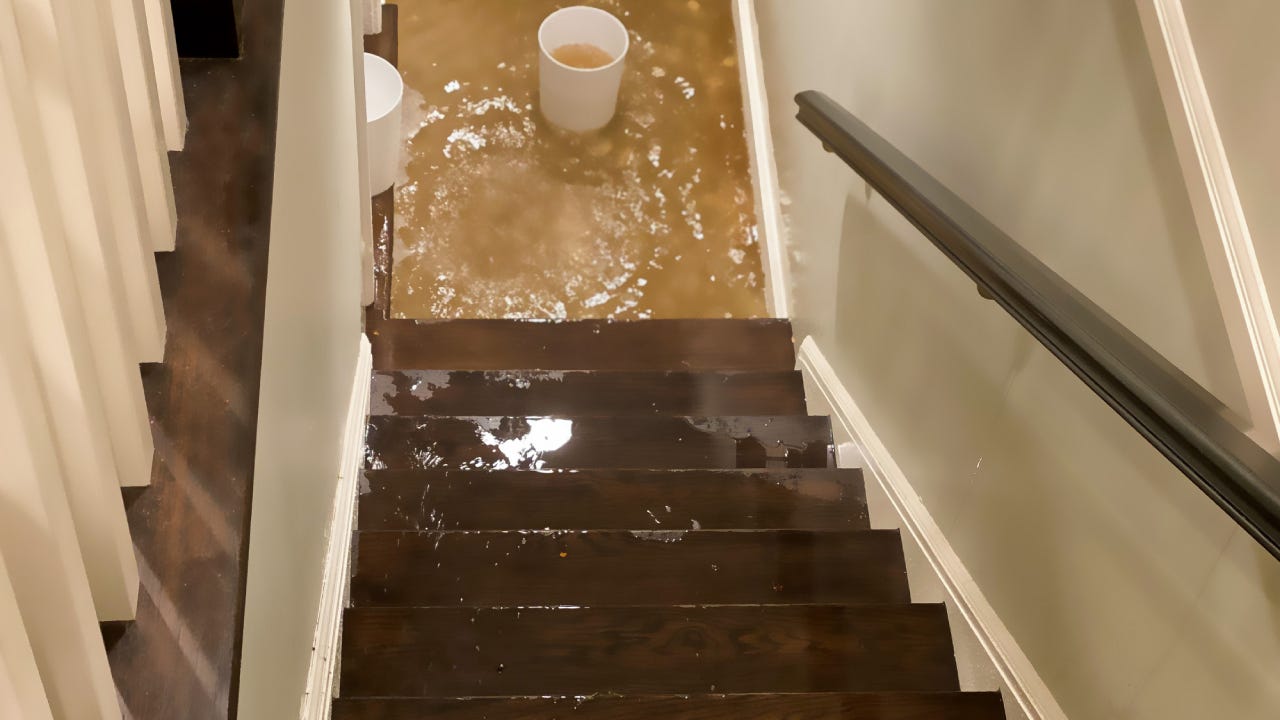 If you’ve ever gone down the steps into your basement and found it had turned into a small pond, one important question may arise: does homeowners insurance cover water damage?

There isn’t a simple yes or no answer. Whether the damage is covered largely depends on what caused the flooding. In some cases, a basic homeowners insurance policy will cover water damage, but in others, you need extra coverage or flood insurance in order to receive an insurance payout.

Basement flooding can have a number of causes and it’s important to look at those reasons to determine when your policy will be effective in covering damage. Although every policy is different, most will have roughly the same coverage options for a standard homeowner policy, called an HO-3 policy.

If your basement floods because of pipes bursts during a freeze, the resulting damage will most likely be covered by your policy. This is also true if the broken pipe is from a sprinkler system or appliance. However, there are a few caveats to keep in mind. You need to be living in the home and maintaining it at a reasonable minimum temperature for your claim to be eligible. Also, if your insurer discovers that you have not kept up with maintenance on your pipes, your claim may be denied. In general, the resulting water damage from a burst pipe will be covered, but not the cost to replace or repair the pipe itself. That is considered a maintenance cost.

Let’s say your water heater springs a leak and you don’t discover the damage until hours later. Again, you would typically be covered unless the heater turns out to be poorly maintained and cared for. There may even be questions about your coverage if the heater is very old and its age is the reason it broke. The same rules hold for a washer, refrigerator or other basement appliances. It pays to practice preventative maintenance by making sure all appliances are working properly and kept clean.

If your basement flood is the result of a structure in the basement that overflows, like a sink, tub, or other water containment vessel, you will likely be covered as long as the overflow was a sudden accident. However, if your insurer can show that the flood is the result of a continuing maintenance problem, your claim could be denied. So, for example, if your toilet habitually overflows because of a blockage that you haven’t fixed, you may not receive a payout.

When does homeowners insurance not cover basement flooding?

There are some times when standard home insurance policies won’t cover water damage to a basement, some of which may be surprising. However, you can usually add an endorsement to your policy that offers additional coverage or purchase a special flood policy if flood damage is likely in your area.

Flooding from a storm

If heavy rain in your area tends to result in rising bodies of water and leave your basement with two or more inches of water in it, you may live in a flood zone. If you live in a flood zone or have repeated problems with flooding from storms, you will want to consider flood insurance, which is usually purchased through the National Flood Insurance Program (NFIP). Your primary homeowners policy will not cover flooding.

Most insurers will sell you an NFIP policy (although you may be able to purchase private flood insurance), so ask your agent if you think you need this type of coverage. If you purchase a home in a flood zone, your mortgage holder may require you to carry a flood policy.

Flooding caused by a sump pump that stops working or malfunctions is not covered by regular HO-3 policies. If you have a working sump pump in your basement, it’s a good idea to consider adding an endorsement to your policy that will cover this sort of mishap. Almost all homeowners insurance companies offer this coverage for an additional charge, although it is likely to pay for itself after a single claim.

This one is a little tricky. Say there is a backup in your basement caused by your washing machine or another appliance. In that case, you will likely be covered, as noted above. However, if the flooding is the result of an external sewer backing up, involving outside pipes that may not even be on your property, it will not be covered. This is another area where homeowners insurance companies offer an additional endorsement to add coverage to your policy. Since sewer backups can be very expensive, it’s a good type of coverage to consider adding to your policy. Typically, this coverage is purchased with the same endorsement that covers sump pump backups.

If you have problems from occasional or chronic water seepage into your basement, your policy will probably not cover it. Seepage may be caused by building a home on top of a high water table or can be the result of an older home with a cracked foundation. In most cases, your insurer will consider this a maintenance problem and will not likely pay the claim.

If your flood is caused by anything related to the lack of maintenance of your appliances, pipes or other items in your home, you will probably not be covered. In other words, if your insurer can prove that you were negligent in caring for your home and its belongings, and that your lack of care caused the flood, you would be out of luck.

If it seems like there are multiple circumstances that your policy won’t cover, don’t despair. Although additional coverage does have a cost, it is possible to carry enough insurance to financially protect your home and personal property against most perils that leave water damage. Here are the most common ways to augment your insurance.

Read more From Mary
Mary Van Keuren has written for insurance domains such as Bankrate, Coverage.com, and The Simple Dollar for the past five years, specializing in home and auto insurance. She has also written extensively for consumer websites including Reviews.com and Slumber Yard. Prior to that, she worked as a writer in academia for several decades.
Edited by
Mariah Posey
Insurance Editor