Have a birthday party and save

If riding in a limousine, forking out big bucks at a game center, renting two ponies or hiring a magician don’t fit into the budget for your child’s next birthday party, you’re not alone.

The $10,000 princess parties have vanished with the flailing economy. Now parents plan gatherings that won’t wipe out their budgets.

Lynn Colwell, co-founder of the Celebrate Green blog and a special events planner, says instead of spending a lot, you should focus on what really matters — celebrating your child.

Here are some ideas to get you started on a back-to-basics birthday party.

Limit the number of guests 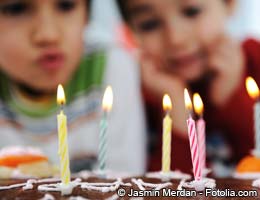 You’ll have less work and less expense with a minimum of partygoers. But how should you hone the invitations list?

“One guest for every year” as a maximum is a good rule. So if your child is turning 4, invite four other children, five when turning 5, etc.

“Only invite your child’s friends, not cousins they don’t know or the children of your friends,” says Linda Carlson, spokeswoman for Parenting Press publishers in Seattle.

Young children don’t always have the best social skills, so they don’t do a good job of welcoming a stranger into their midst, Carlson says. When several of the party guests know each other well and another guest is a stranger and also shy, you may have one or more unhappy children at your birthday party. 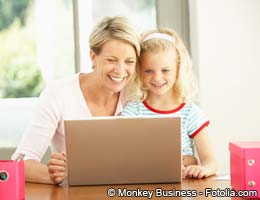 Children older than 13 can set up an event and invite through Facebook, says Leah Ingram, founder of the blog Suddenly Frugal.

“If the kids are younger and you’re Facebook friends with the parents of the kids who’ll be invited, you can do the same,” Ingram says. “Emailing and texting is also an option and, in most cases, free.”

Another easy way to create invitations and allow your child to help is to design one in Microsoft Word or another word-processing computer program and send it as an email attachment or pop it into an envelope and mail it.

Pulling out some construction paper, glue, glitter, crayons or markers and letting a younger child make invitations is an additional way to be frugal with the birthday party invites.

Save on the place 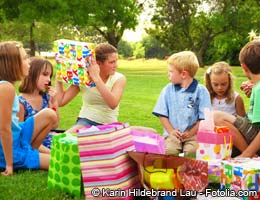 Not every birthday party requires renting the local roller rink, laser tag venue or the party room at the community swimming pool. If your child cares about keeping up with the Joneses, he or she has been to lots of parties at these venues. Now is the time to mix things up.

“Parties held at home, in the backyard or ones at free public parks are often the most frugal options,” Ingram says.

Places where you’re already paying tuition or have a membership frequently offer birthday parties at a discount to members, Ingram says. Say your child takes karate lessons or participates in gymnastic classes. Ask the venue owner if he or she is open to hosting a birthday party. It’s a win-win scenario because it draws potential students to the venue. 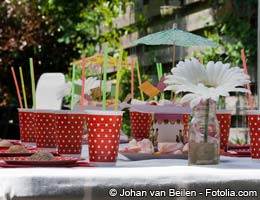 Matching the decorations to the theme of the party makes perfect sense. If you’re hosting a cookie-baking party, hang cookie cutters tied with ribbons wherever you can, Colwell says. For an outer-space-themed birthday party, build aliens out of boxes and toilet paper rolls.

You also can have partygoers create the decor. “One of our favorite ideas is to take a sheet and use it every year as the tablecloth for the gift table,” Colwell says. “At every birthday party, the guests (outline their hands) on it and write their name and year inside. Then, as the child grows, he has a record of who has attended his celebrations.”

Create your own games 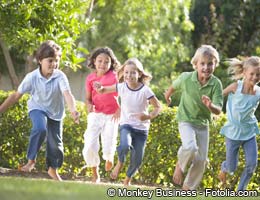 Here’s another chance to involve the birthday child in the party prep, and it should be a part of the annual fun, Colwell says.

If you’re going with a circus theme, the child can draw a clown body on a large piece of cardboard and cut out a circle at the top. Then the kids put their head through the hole and have their photo taken.

A child with musical talent can play the instrument during a game of musical chairs.

Other suggestions from Colwell and daughter Corey Colwell-Lipson, who co-authored “Celebrate Green! Creating Eco-Savvy Holidays, Celebrations and Traditions for the Whole Family,” include: 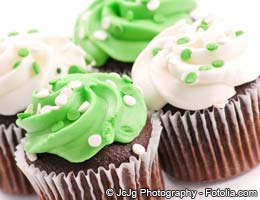 “Less is more at children’s parties,” says Jennifer Downing, a professional cooking teacher in Batavia, Ill. “Children never eat as much as you think they will because they are busy with the activities.”

With that in mind, Downing suggests baking miniature cupcakes instead of a birthday cake and frosting just one to two cupcakes per child. Extras can be frozen and brought out for lunches or special treats.

For older, heartier eaters, consider making pizza dough ahead of time and let the partygoers add their own toppings.

Downing says the best way to keep costs down is to make food part of the birthday party activities.

Combine what you can 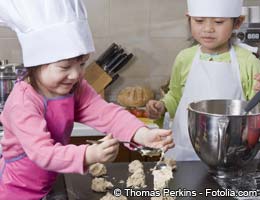 Instead of separating the food preparation from the favors and activities, merge one or more when you can. You’ll save money and time.

Have the children mix cookie dough, then bake and eat the finished product. This can also be done with cupcakes, says Ingram.

You also can let the kids paint their own T-shirts or decorate pillowcases, Ingram says. At pool parties, provide water toys to use while at the party and also to take home as a party favor.

Kids can string beads to make their own necklaces or bracelets. Or round up some parents and have them polish kids’ fingernails or toenails, and give guests the bottle of polish they chose to take home.