Smartphones are taking over the cellphone market. In the first quarter of 2012, 44 percent of the U.S. population had smartphones, according to research by Google and Ipsos MediaCT released in May 2012.

Are smartphone holdouts behind-the-times Luddites, or are there actually good reasons to resist the siren song of technology? After all, purposely forgoing a smartphone when it’s time to get a new phone is a tough sell. “I think the reasons for not getting a smartphone are getting pretty few and far between,” says Scott Stein, a senior editor at CNET.com.

Is now the time to draw the line in the sand and say no to 24/7 connectivity and nearly all of the information in the world literally in your pocket? Where will it end?

Only you can decide. Here are a few considerations.

Opt out of the yearly upgrade cycle 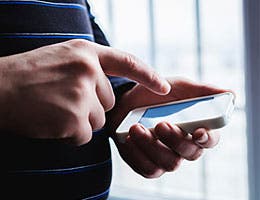 New smartphones are released about every five minutes — or so it seems. Near-constant upgrades may be great for companies and the economy — not to mention the 401(k) plans of millions of people who benefit from the relentless growth of technology juggernaut Apple, but it’s plainly not great for the planet.

“The average life of a phone is something like 18 months — and that is an older statistic, so it is probably even less,” says Brenden Sherratt, social media and marketing expert at Sortable.com, a website dedicated to helping consumers make electronics decisions.

One point in favor of smartphones is that many do have resale value. Phones can be sold to other individuals, or some companies will buy back newer phones. Major companies and carriers — Apple, AT&T, Sprint, Verizon and T-Mobile — all offer to take your old phone off your hands, and they may even give you money or a trade-in value for it, depending on the condition.

At the very least, they’ll recycle your old phone for free, which may assuage some of the buyer’s remorse you’ll feel when the next new phone comes out in four minutes.

Smartphones are toxic for finite resources 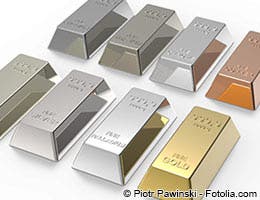 Less than 10 percent of cellphones are recycled, according to research from the Environmental Protection Agency, or EPA, in 2009, the last year for which data are available.

Whether smartphones are sold or recycled, anything beats tossing them. While newer smartphones contain fewer toxic chemicals, phones produced before 2010 were teeming with bromine, mercury and lead, according to a chemical analysis by iFixit.org and HealthyStuff.org, released in October 2012.

Throwing away a smartphone — or any cellphone really — is nearly a criminal waste of resources. And it could be literally criminal since there are laws on the books in 25 states mandating e-waste recycling. Though the waste exists in tiny amounts in individual phones, the millions of smartphones sold annually represent hundreds of pounds of valuable metals and minerals.

Every 1 million recycled cellphones yields 35,000 pounds of copper, 772 pounds of silver, 75 pounds of gold and 33 pounds of palladium, according to the EPA.

While there is no shortage of options for recycling your old smartphone, the process of recycling is still sketchy. 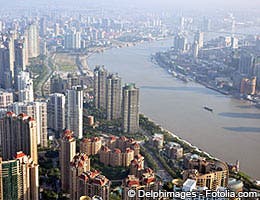 Some electronics recyclers in the United States and other developed countries cut corners by shipping old electronics to developing countries where they are scavenged for resources and discarded.

According to the 2011 annual report from the United Nations initiative, “Solving the e-waste problem,” or StEP, “Such informal recycling often takes place under the most primitive of conditions, with unprotected workers — often children — being exposed to dangerous chemicals and facing extensive health dangers. … E-waste recycling and disposal practices found in places such as China, India, Nigeria, Bangladesh, Ghana and Pakistan include open burning of plastics, exposure to toxic solders, leakages of acids into rivers and general dumping of waste material.”

It’s estimated that this is the fate of 50 percent to 80 percent of all “recycled” electronics in the U.S., according to Electronics TakeBack Coalition, a nonprofit organization devoted to the promotion of green design and responsible recycling in the electronics industry.

“It’s nearly impossible to get a firm number on the amount of phones shipped overseas from the U.S. This is mainly due to a larger problem of capturing what is in the waste stream,” says Casey Harrell, campaigner for Greenpeace International.

In 2011, a bill that would have restricted exporting e-waste to developing countries was introduced in the House and Senate, where it was buried in committees. 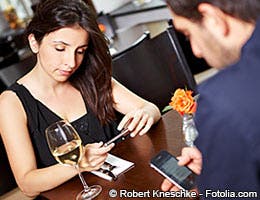 A recent survey found that most people would say no: 58 percent of smartphone users said they don’t go an hour without checking their phones, according to the survey conducted by Harris Interactive on behalf of Lookout.com, a mobile security company.

“Maybe you do not like to always be connected. And that could be valid if you are not working in a field that you have to be. If you cannot get email on your phone, then that is a great way to explain why you cannot be reached,” Stein says.

Smartphones can wreak havoc on your budget 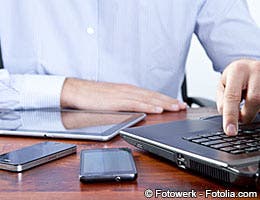 There’s a significant acquisition cost when buying a smartphone, as they’re all varying degrees of pricey. But the bucks don’t stop there — data plans are increasingly expensive.

“Data becomes such a huge part of the package that a lot of people might prefer to just pay for a voice plan and say, ‘I do not want any part of that data access because it is getting too expensive,'” Stein says.

While talk is cheap, literally — who wants to talk on a phone these days? — data plans get expensive, and they’re somewhat redundant. The average U.S. household has five devices connected to the Internet, according to a survey by Chetan Sharma Consulting, a management consulting firm focused on mobile and voice communications. Some households have more than 15 devices.

One option for consumers: Get a simple phone and a tablet with a cellular package.

“Those often cost less, and you can choose to turn it on and off. That way, you can sort of connect as much as you want, but then your phone is not the thing that is carrying all of that burden,” Stein says.

Smartphones can be deadly 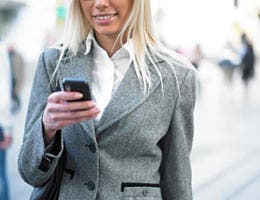 Beyond possibly killing the planet slowly with radiation and radio waves, your smartphone could actually be an actor in your own untimely demise.

Studies have shown that mobile phones impact the behavior of bees and could be contributing to the worldwide decline of bee populations. If one of the main pollinators ceases to exist, the world’s food supply will plummet. Honey bees pollinate about $15 billion worth of crops in the U.S. annually — including some of the most common fruits and vegetables such as apples, oranges, blueberries, cherries, broccoli and carrots, according to the Natural Resources Defense Council.

And humans, as the main users of cellphones, are also potentially at risk of any number of ills, from reduced sperm count to brain tumors. In 2011, scientists from the World Health Organization declared that mobile phones are potentially carcinogenic.

All that aside, texting while walking or driving could pose the most immediate threat to your health and well-being — or that of others. One study released this year by researchers at the School of Health Technology and Management at Stony Brook University found that texting and walking really isn’t as easy as it would seem.

The researchers concluded that texting takes brain resources away from important tasks such as moving your legs and feet in a normal way, to say nothing of crossing a street or approaching dangerous ravines.

While smartphones are great, they do come with some responsibilities and risks.