Protect your paycheck from work expenses

If you work full time, your job likely takes up most of each weekday. If you’re not careful, job costs can take away a big chunk of your paycheck.

Whether you’re shelling out money for designer suits, going to restaurants for lunch, dropping off the kids at day care or filling the tank frequently to commute an hour up the highway, the cost of working can easily eat up some of the bacon you bring home.

Following are some outside-the-box ways to cut down on routine expenses that go along with having a job, plus some old-school ideas you might have forgotten about. Try these tips, and you’ll be holding on to more of your paycheck in no time.

Make brown-bagging work for you 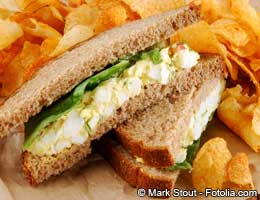 Brown-bagging your lunch or stocking your office with meals and snacks from home are effective ways to save on work costs.

“But I’m a busy, important professional,” you say. “I don’t have that kind of time.”

Try bringing in lunchmeat, cheese and a loaf of bread if you’re too rushed to prepare a sack lunch every morning, says Gregory Karp, author of “The 1-2-3 Money Plan.” If you have all the goods in your office, you can take a few minutes to prepare sandwiches there.

Consumer adviser Andrea Woroch of Kinoli Inc. suggests cooking a big meal once a week, then portioning out the leftovers in containers or plastic bags so they’ll be ready to go every morning. You can do the same with snacks, such as carrots and grapes.

“Then you really have no excuse,” Woroch says. “And you’re going to see the savings really building up.”

Not ready to completely swear off going out to lunch? Try moderation, says Ellie Kay, author of “The 60-Minute Money Workout.”

“Brown bag one or two days — you don’t have to do it all five days,” she says. “It’s like going on a liquid fast. Who’s going to stick to that?”

Don’t drive yourself to the poorhouse 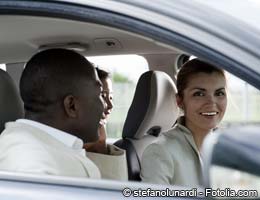 Let’s say your home and workplace are separated by a long stretch of highway. Short of buying a hybrid or a bicycle, what’s a budget-conscious worker to do?

Karp uses a commuter reimbursement account to cut his work-travel costs. Check with your employer, because many allow their workers to set aside money tax-free into this type of savings account used for commuting expenses.

Carpooling and van-pooling are creative and cost-effective ways to cut down on fuel costs. Carpooling is becoming increasingly popular, especially in areas surrounding large cities, Woroch says. Good websites for arranging a rideshare include Zimride.com, Erideshare.com and Carpoolworld.com.

Even with the surging ranks of car poolers, traffic is going to be heaviest at rush hour. Many companies offer flex-time arrangements so employees can avoid commuting during peak times at least a few days a week.

Look the part for less 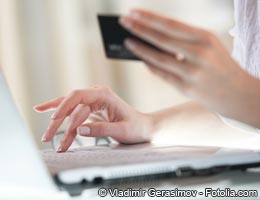 If you have to dress a certain way for work, you know that business clothing usually doesn’t come cheap — and if it does, it often looks cheap, too.

Woroch recommends shopping at flash-sale websites such as Gilt.com and Hautelook.com because they offer designer looks for a fraction of the cost — up to 75 percent off.

“You can find really well-made clothes that will last you for several years. I have nice dress pants that I’ve invested in, and they’ve lasted me for five years,” she says.

For in-store shopping, Kay suggests a price-comparison app for your mobile phone, such as eBay’s RedLaser or Amazon’s Price Check.

“The big, forever-elusive question is: Is this the best deal?” she says. “Can I get this cheaper? And now, there’s a way to know that.”

Watch out for dry cleaning, says Karp. “Cut down on dry cleaning by choosing some wrinkle-free shirts and pants,” he says, suggesting Brooks Brothers and JoS. A. Bank as places to shop for them.

Those stores may not be the cheapest options, but Karp says the quality and wrinkle resistance of the clothes make them economical. 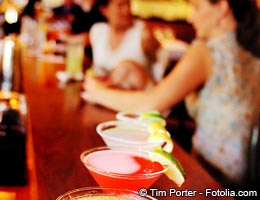 “Just set yourself a budget,” she says. “‘OK, I’m not going to spend any more than $15 a week on office socializing and parties,’ and then once you hit your limit, just say no and don’t go, or just minimize how much you’re spending there.”

For gifts and showers, Woroch recommends discounted gift cards. At eBay and some specialized gift card resale websites, you can purchase gift cards for less than their face value, which could allow you to get a $25 gift card for $20.

Katie Boyle, a product developer at a natural foods company in Seattle, says her office had a string of baby showers recently. Her team opted for group gifts, and she pitched in different amounts each time.

“That felt easy, to be like, ‘Oh, I’m low on cash this month, so I’ll do $15 instead of $30 or something,'” Boyle says. “It felt like an easy way to still contribute without feeling like you couldn’t give much.”

Cut back your child care costs 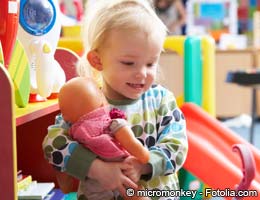 Getting care for the little ones during work hours can consume a huge portion of your paycheck, but there are good ways to reduce the costs of child care.

“Day care is huge,” says Karp, adding that many parents have to factor in those costs and consider whether it makes sense to work at all. “If you decide it is worth it and you keep working, then you’d want to use a day care spending account, which can pay for day care expenses tax-free.”

Most employers will offer day care spending accounts, he says.

Couples can save on child care by staggering their hours. Jessamy Green-Husted of Michigan and her husband, Todd Meder, were able to schedule their work hours so that one parent is always home to watch the child.

“I don’t ever have to pay for day care, so that saves a lot of money,” Green-Husted says. But she also cautions that she and her husband have found that with this particular strategy for cutting the cost of working, “it is not entirely fun being separate that much.”

More On Working And Saving Money: