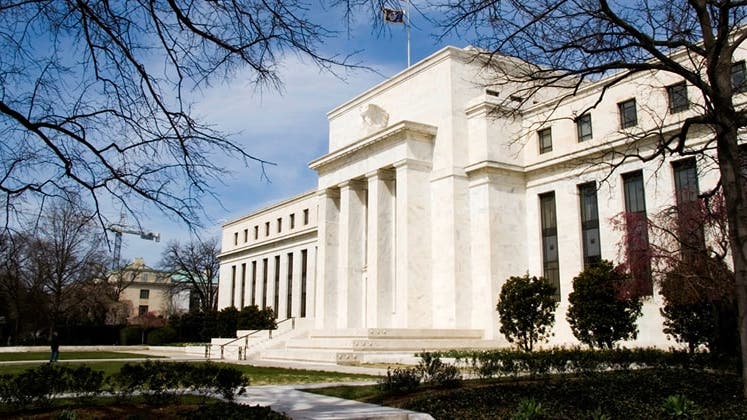 The Federal Reserve appears to be on the verge of losing its patience. No, we’re not talking about a temper tantrum. We’ll leave that for the financial markets, which have seen some wild swings as investors digest a stronger-than-expected February employment report and try to gauge the Fed’s next move.

At one of its upcoming policy-setting meetings, and perhaps the next one, the Federal Open Market Committee might decide to drop language from the official statement that says “that it can be patient in beginning to normalize the stance of monetary policy.”

In other words, the central bank could move one step closer to boosting the benchmark federal funds rate, currently at a record low of between zero and a quarter of 1 percent.

The Fed could raise rates as early as June. That was a finding of the recent Bankrate Economic Indicator, a survey of 25 of the nation’s top economists.

“I think the February employment report makes ‘patient’ history,” says Ryan Sweet, director at Moody’s Analytics. He says more flexibility is desired “because the Fed does not know when it is going to raise interest rates. It is all dependent on incoming economic data.”

David Wyss, adjunct professor of economics at Brown University, says he thinks the rate hike will come later — between June and October. Wyss, who worked for the Fed for a decade, says it is “about time for tightening, but the weakness in Europe and the strength of the dollar still argue against it.”

In recent days, some Fed officials have spoken in favor of a rate hike. “If incoming economic information continues to support my forecast, I would be comfortable with liftoff in the first half of this year,” said Federal Reserve Bank of Cleveland President Loretta Mester, in a speech to economists meeting in Washington. “Liftoff” is Fed speak for the beginning of rate hikes. Mester is an alternate member of the FOMC.

Similar words were spoken by the head of the Richmond Fed, Jeffrey Lacker, a voting member of the FOMC this year. “June would strike me as the leading candidate for liftoff,” he told Sirius XM satellite radio.

Lacker cited the strength of the February jobs report, which showed 295,000 jobs added to payrolls. He called it “very strong and consistent with last month, and consistent with the picture we’ve been getting over the last year of the significant improvement in labor market conditions.”

As the Fed forges ahead, it must be mindful of its congressional mandate to promote maximum employment and price stability. Even as the unemployment rate recently dropped to 5.5 percent, deflation has emerged as a global concern. “Inflation continues to run below the committee’s 2 percent objective,” Fed Chair Janet Yellen noted during her testimony last month before the Senate Banking Committee.

Another main gauge of inflation is the consumer price index, or CPI, which fell 0.1 percent in January from a year earlier. The so-called core rate extracts volatile food and energy prices.

“I think by the end of the year, the signs will be in place that ‘core’ is moving back toward the Fed’s target. And that will get the Fed to act to raise rates,” he says. But he says he thinks the rate boost will come later this year, between October and December.

Time to lower the bar on full employment

When FOMC members last estimated unemployment over the longer run, they put it between 5.2 and 5.5 percent. In April 2011, the theoretical notion of full employment was estimated as high as 6 percent by FOMC members. Earlier this month, the Labor Department said the February jobless rate was 5.5 percent, or at the high end of the long-run target.

Among other factors, the absence of better wage gains suggests to many observers, including Labor Secretary Thomas Perez, that the job market still has room for improvement.

So where will unemployment actually bottom out? That is easier seen in the rearview mirror, says Doug Handler, chief U.S. economist for IHS Global Insight.

“I don’t think we’ll discover the rate until after the fact, given the long amount of time it takes to see a pervasive compensation adjustment in the economy,” he says.

For or against a move in rates?

Another thing to watch at this month’s meeting is the level of dissent, if any, associated with the official statement on monetary policy. There were no votes against the January statement. But at the December meeting, three dissenting votes were cast on both sides of the monetary policy divide: those who were eager to raise rates and one who preferred to wait because of low inflation.

What would rising rates mean for you?

When the Fed finally begins to boost rates, it should mean that the worst returns for savers are finally behind them. Bankrate’s survey covering certificates of deposit recently found that the average rate for a one-year CD paid 0.28 percent, while the return on a five-year CD hit 0.88 percent. Even when borrowing rates begin to move higher, the Fed is expected to go slowly, as long as inflation remains under control.

Rising rates might also mean the best days of the six-year bull market in stocks are behind it for a while. Bankrate’s recent survey of economists found that most expect increased volatility ahead.

“The S&P 500 has seen 41 single-day moves of 1 percent or more in the past year versus an average 84 per year since 2000, and 60 per year since 1960. So, even if you just believe in reversion to the mean, you should prepare for additional volatility,” Stovall says.

Can the economy handle higher rates?

The Fed has been operating under red-alert condition since the financial crisis began. An eventual “normalization” of rates, as Fed officials like to put it, would truly begin to put the crisis in the past.