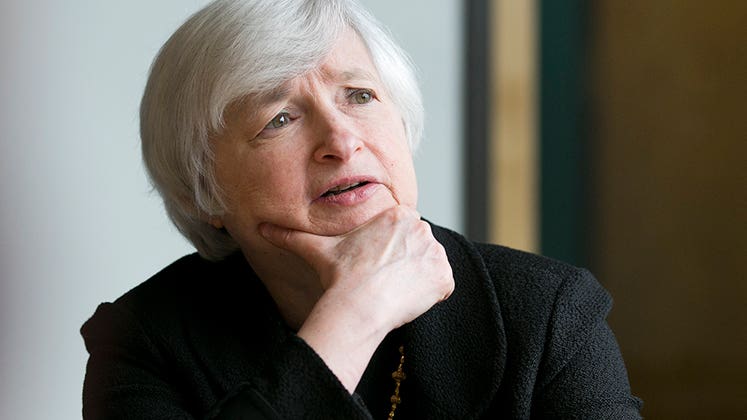 While financial markets go through heated gyrations over issues including Ebola and Europe, the Federal Reserve is expected to remain cool at this week’s policymakers’ meeting.

“The Federal Reserve probably doesn’t want to disrupt the markets in any way, and therefore is likely to try to be as uneventful as possible at this volatile juncture,” says Lynn Reaser, chief economist at Point Loma Nazarene University in San Diego.

That means the Fed is likely to stick with its plan to announce the end of its bond-buying used to stimulate the economy, Reaser says.

But David Wyss, an adjunct professor of economics at Brown University and former chief economist for Standard & Poor’s, says the Fed may not be ready to say “So long, stimulus!”

“The economy is looking a little soft, and frankly, the overseas economies are looking really soft,” he says, “and there’s worry that that’s going to affect us.”

The Fed’s monthly bond-buying was whittled to $15 billion at the September meeting. The current round of economic stimulus started out as an $85-billion-a-month program pumping money into the economy via purchases of mortgage-backed securities and Treasury bonds.

Wyss says recent reports about a drop in inflation expectations could give central bankers a reason to consider extending their bond purchases. Falling oil prices have been fueling worries of potential deflation.

Regardless of these concerns, it’s too risky for central bankers to veer off course, says Greg McBride, CFA, chief financial analyst for Bankrate.

“The Fed runs the risk of spooking markets with a knee-jerk reaction to continue bond-buying and will face criticism of fueling asset bubbles with continued stimulus,” he says. “The Fed needs to play the part of a steady hand at the controls.”

What the Fed’s watching

Fed Chair Janet Yellen and her cohorts are keeping an eye on several economic indicators, McBride says, including the inflation situation here and overseas and the performance of the U.S. economy.

The health of the overall economy will have a heavy influence on when and how the central bank raises interest rates next year, though recent polls show that economists are still predicting a mid-2015 rate hike.

Fed-watchers will pore over the statement released after this week’s meeting for any changes in wording about the impending rise in rates.

“Markets will be keying on the ‘considerable time’ phrasing in the Fed’s statement and to see if there are any broader alterations to the Fed statement in light of recent volatility in global financial markets,” McBride says.

Concerns about the job market

Reaser says right now there’s a “major disconnect” between the financial markets and the real economy.

The Fed also continues to watch the U.S. employment situation, which has been showing strong signs of improvement: The unemployment rate fell to a six-year low of 5.9 percent in September. But as far as Yellen and company are concerned, there is still a missing link.

“A faster rise in wages will be a clear sign that the labor market is indeed improving, and also an endorsement of a firming inflation picture,” Reaser says.

Stagnant wages are holding back the economy by keeping Americans from spending more. Nearly a third of consumers who say they need to limit how much they spend every month say the reason is that their income has not increased, according to Bankrate’s most recent Financial Security Index poll.