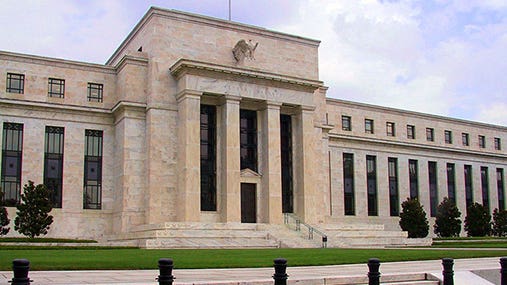 So what does the Fed do?

What the Fed does is set monetary policies intended to help the U.S. economy achieve maximum employment, stable prices and moderate long-term interest rates. That’s by law and according to the Fed’s website.

Find the best rates on certificates of deposit

What is the Fed?

The Federal Reserve System is an independent agency that operates within the federal government. The system was created by an act of Congress and presidential signature in 1913, a century ago this year.

The system is comprised of the Federal Reserve Board and the 12 regional Federal Reserve Banks. The board manages U.S. monetary policy, supervises U.S. financial service industries and oversees the U.S. payment system. The Fed regional banks, sometimes called “bankers’ banks,” provide specialized banking services to banks and aren’t open to businesses or the public.

The Fed isn’t normally funded by taxpayers, but instead pays its own way through interest it earns on U.S. government securities, foreign currency investments and loans to banks and fees it charges banks for services such as check clearing and funds transfers. Any excess money is turned over to the U.S. Treasury each year, according to the Fed website.

When people refer to “the Fed,” they often mean the Federal Open Market Committee, which has the important responsibility of trying to achieve the Fed’s goals by setting the federal funds rate, a target rate at which banks lend money to one another overnight.

When the federal funds rate is low, as it has been for several years, banks can borrow money at low rates from the Fed and lend money at low rates to businesses and individuals. Those loans spur economic activity by encouraging business to expand and hire more workers, enabling consumers to buy more products and services.

“When the Fed increases the fed funds rate, they’re making money more expensive for consumers because banks have to pay more for the money they borrow from the Fed and that gets added to the interest rates consumers pay for loans,” Geller says. “If money becomes too expensive, employers aren’t going to compete for more employees, so wages aren’t going to increase and inflation is going to drop.”

“At some point, we will return to more normal rates, and if you happen to be a borrower, particularly if you have some kind of flexible rate on your loan or you have to renew the loan, you could get caught flat-footed pretty fast,” he says.

That applies to companies and their employees as well as consumers. If a company borrows when interest rates are low and then rates rise and the company can’t afford its higher debt payments, it can lead to workforce reductions, Abernathy says.

The short-term nature of the federal funds rate naturally gives the Fed greater influence over short-term market rates. To keep longer-term market rates low, the Fed uses its ability to purchase other types of debt, such as mortgage-backed securities, in the open market.

“The way the Fed affects long-term rates is to go into the market and either buy or sell the debt that someone else has already made on a long-term basis. They are working in the market to influence those rates,” Abernathy says.

If the Fed takes the right actions at the optimum times, the U.S. economy runs smoothly with the desired levels of employment, inflation and long-term rates. If the Fed makes a mistake by raising or lowering the federal funds rate at the wrong time, the result could be high inflation, a recession or a period of slow or stagnant economic growth, sometimes called “stagflation.”