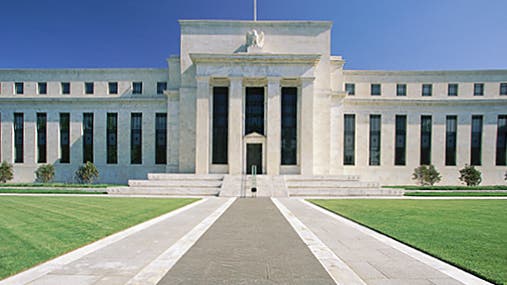 Federal Reserve policymakers will attempt to read the tea leaves of the economy at this month’s rate-setting meeting, but the Federal Open Market Committee may vote for little change to its monetary strategy.

“I suspect we (will) see very little in the way of big things,” says Timothy Duy, an economist at the University of Oregon. “I don’t think the forecast for the economy has changed meaningfully in the last six weeks.”

Will economy improve with snow thaw?

Now that snowy weather conditions have begun to clear across the country, experts say the Fed will be able to get a better view of what’s going on with the economy.

“The economic numbers from January and February were hard to interpret because of weather,” says Scott Hein, Robert C. Brown chair of finance at Texas Tech University. After its last meeting, the FOMC said it believed that much of the economic slowdown it was seeing was weather-related, and that more recent data may give members more confidence about their findings.

This month’s Beige Book found that the country’s economy largely thawed out in the past several weeks as warmer weather brought people out of their home hibernations.

Still, forecasting where the economy is headed is a tricky job, one that will consume the bulk of this week’s meeting. “The economy does not move in a straight line,” says Lynn Reaser, chief economist at Point Loma Nazarene University in San Diego.

Reaser says the FOMC is “in very much a reactive mode depending on how the economy is doing.”

She says that it’s “historically a concern to have a Fed that looks in the rearview mirror” as it sets its course, but says that, “with all this uncertainty, it’s difficult to know what the economy will be.

“You should be looking to what the economy is doing in the future and then you are correcting the course,” Reaser says. But she says the FOMC is doing its best.

“They’re trying to look further out. That’s why they didn’t overreact to the weather,” she says.

It’s like trying to navigate a ship through fog, Reaser says. The Fed believes a healthy economy should come into sight by the end of 2016, but even as the Fed tries to stay on a steady course, economic data could make the correct path harder to see.

“The fog makes it difficult to know exactly where you are,” Reaser says. “You have a lot of instruments on your control panel, but they’re not all telling you the same thing. Which do you believe?”

Navigating out of quantitative easing

For now, at least, the Fed probably will stay on the strategic course it began a few short months ago, Reaser says.

The Fed went through three rounds of quantitative easing in an attempt to stimulate the economy, keeping interest rates low and buying up assets to pump money into the economy. The Fed launched its third round of quantitative easing, or “QE3,” in September 2012, with monetary policymakers saying they would continue the program until the outlook for the labor market started improving substantially.

As the economic outlook started to improve, the Fed in December announced it was going to reduce its monthly bond purchases by $10 billion to $75 billion. In January, it decided to pull back on bond purchases by another $10 billion, and in March, it continued that trend.

In addition, it has kept the federal funds rate, the interest rate at which banks and other depository institutions lend money to each other, near zero percent where it has been since December 2008.

Check out the Fed’s monetary policy for the past 100 years.

Some FOMC members, including Federal Reserve Bank of Dallas President Richard Fisher, have signaled an interest in continuing to taper its so-called quantitative-easing program.

But Duy says there may be some discussion about the pace of the continued reduction of asset purchases, in part because of concerns about the inflation rate and about slack in the labor market.

Federal Reserve Chair Janet Yellen has identified persistently low inflation as a concern. The Fed has identified a 2 percent inflation rate as its goal. It estimated inflation at 1.25 percent over the 12 months ending in January.

“Inflation will be one of the big topics of this month’s meeting,” Reaser says, noting that other members are worried that inflation might rise too high.

Despite these concerns, Duy says he expects the rate of the taper to continue. “The bar to change the pace of asset purchases is pretty high,” he says.

No change in forward guidance?

The FOMC will likely continue to discuss how to offer guidance about when interest rates will eventually rise.

At its last meeting, it removed the 6.5 percent unemployment threshold as an indicator of when it may raise rates, saying instead it will look at a host of economic factors before raising rates.

“It’s going to be interesting to see how they wrestle with the signaling issue,” says Bert Ely, a banking consultant in Alexandria, Va. He says the FOMC may continue to back away from hard numbers in its forward guidance. “They want to send a signal of where they’re going, but they don’t want people to overreact.”