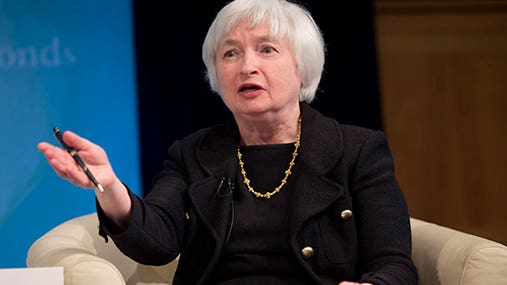 Janet Yellen has taken her oath of office, becoming the 15th person and the first woman to chair the Federal Reserve in its 100-year history.

The Fed boss holds one of the most powerful jobs in the world. Most pronouncements by the central bank reflect the chairman’s wishes, even though decisions about monetary policy are made by committee.

The Fed controls the supply of money, sets targets for short-term interest rates and regulates private banks. Its mandate is to keep unemployment low, prices stable and the economy growing.

President Barack Obama faced a huge decision when it was time to replace Ben Bernanke after his eight-year tenure as chairman. The president chose to promote Yellen, who was the Fed’s vice chair.

“The Federal Reserve is incredibly relevant to everyone’s day-to-day life,” says Greg McBride, CFA, chief financial analyst at Bankrate.com. “A new Federal Reserve chairman is more significant to Americans, in terms of their pocketbooks, than the changing of the president.”

The Fed’s work affects your job stability, the performance of your 401(k) and how much you spend at the grocery store, McBride says.

Who has led the Fed? Here are profiles of Yellen, Bernanke and his predecessor, Alan Greenspan. 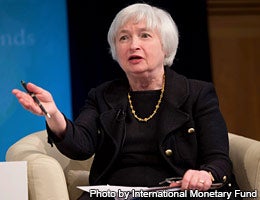 What kind of chairwoman will she be? “Yellen taking over is like sliding the co-pilot to the pilot’s chair,” says McBride, noting that she has been an advocate for the current course of monetary policy.

Lawrence Yun, chief economist for the National Association of Realtors, adds that Yellen “leans a little bit on the side of being more tolerant of inflation in order to bring down unemployment.”

“She’s not known to follow any particular economic philosophy, so there’s some risk there, since no one really knows what she might do,” Moy says.

Yellen is the world’s first woman to lead a major central bank. 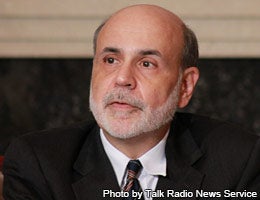 His legacy: Bernanke should rightfully be remembered for saving the U.S. economy from an outright depression in 2008, says McBride.

“He deserves credit for having a steady hand, because things could have been so much worse,” says McBride. “But ultimately his legacy will depend on whether the stimulus can be removed without causing significant disruption to the economy or inflation. The book won’t be closed on Bernanke for years.”

Yun agrees that Bernanke’s actions meant that the country had a Great Recession instead of a second Great Depression.

“Even though the recovery is sluggish, it’s moving in the right direction,” he says. 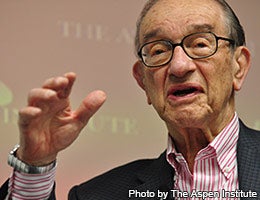 His legacy: After holding the chairmanship for five four-year terms, Greenspan is viewed as the quintessential Federal Reserve chairman, Moy says.

“He communicated well so as not to rock the markets unless he meant to,” says Moy. “But now that more research has been done, some people think that maybe his easy-money policies contributed to the (2008) financial crisis.”

During his tenure, Greenspan is credited with using monetary policy to keep inflation low and with steering the economy through multiple global economic crises and the 2000 dot-com bubble. He also led efforts to encourage lending after the 2001 terrorist attacks.

But while Greenspan’s terms as Fed chairman laid the foundation for tremendous economic growth in the 1980s and 1990s, Yun says he neglected to pay enough attention to the dangers of rapid appreciation in the housing market.

McBride agrees. “Alan Greenspan was looked at as a deity when he was Fed chair,” he says, “but his reputation took a hit when he left because his policies helped fuel the housing boom and bust.”