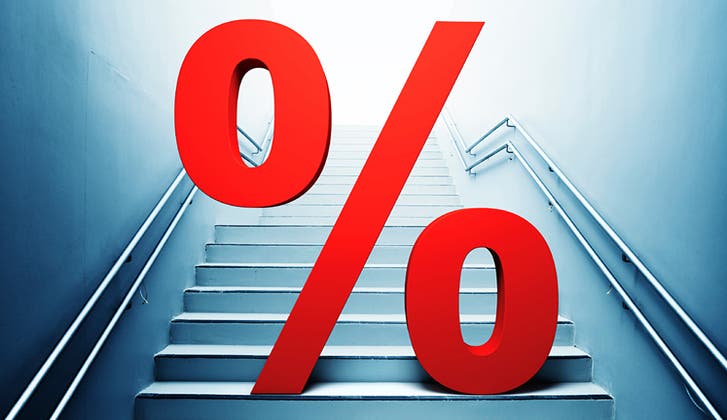 If you had asked experts a couple of years ago whether the Federal Reserve would be raising interest rates by now — during an economy that seems to be plugged in and recharging nicely — you would have heard a resounding “yes.” After all, the unemployment rate has slipped well below the central bank’s earlier-stated target of 6.5 percent. Most U.S. economic measures have continued to improve.

But, as the Fed’s next policy-setting meeting looms, officials still appear to be mostly trigger-shy. While Fed Chair Janet Yellen recently told Congress that a rate hike is “likely” before the end of 2015, it’s not expected to happen at this week’s gathering of the Federal Open Market Committee, or FOMC.

“To paraphrase Steve Miller, the timing of the first interest rate increase keeps on slipping into the future,” says Sean Snaith, director of the University of Central Florida’s Institute for Economic Competitiveness.

If not now, when?

Bankrate’s recently published Market Mavens survey found that the majority of Wall Street experts think “liftoff” for interest rates will come in September. Some look for it to happen later, in the fourth quarter of this year, while 15 percent expect 2016 is when the Fed will begin raising its federal funds rate from the current level of zero to 0.25 percent.

“2016 may be the new black for the first hike in interest rates,” says Snaith, playing on the name of a hit Netflix series “Orange Is the New Black.”

But Yellen told lawmakers this month that the time to act may be drawing near. “If the economy evolves as we expect, economic conditions likely would make it appropriate at some point this year to raise the federal funds rate target,” she said.

Borrowers on one side, savers on another

A longer wait would be good news for borrowers still wanting to take advantage of low rates, including those currently holding adjustable-rate mortgages or variable-rate credit cards.

However, the Federal Reserve’s continued patience means further miserly returns on savings. At a news conference in June, the Fed chief acknowledged that the low-rate pain is widespread.

“From the point of view of savers, of course, this has been a very difficult period,” Yellen said. “Many retirees — and I hear from some almost every day — are really suffering from low rates that they had anticipated would bolster their retirement income.”

So what will shift the central bank out of “park”? The Fed’s main goals in steering the economy are essentially two-sided: to get as many people working as possible, and to keep inflation under control.

Yellen said in a recent speech in Cleveland that signs of slack remain in the job market, despite the decline in the jobless rate. She also said “some tentative hints of a pickup in the pace of wage gains may indicate that the objective of full employment is coming closer into view.”

The healing seen in the job market seems to be flashing a green light to the Fed, according to Gus Faucher, senior economist with PNC Financial Services Group.

“The labor market is definitely moving in the right direction,” he says. “The latest FOMC minutes (from the June 16-17 meeting) say that ‘many expected that labor market underutilization would be largely eliminated around year-end if economic activity strengthened as they expected.’ So that certainly would point to a rate hike this year.”

As for inflation, the Fed has wanted to see it strengthen to 2 percent. That goal has been elusive.

“Persistently low price inflation, which can tend to slow the pace of wage increases over time, can weaken the economy by, for example, making it more difficult for households and firms to pay off their debts,” Yellen noted in her Cleveland speech. She added that the inflation-dampening impacts of falling crude oil prices and the appreciating dollar “are expected to fall out of measures of inflation by early next year.”

Does that mean the Fed would finally raise rates before the end of this year? “I think if we see even modest inflation in the coming months, it would be sufficient to calm any fears among the committee members,” says Curt Long, chief economist with the National Association of Federal Credit Unions.

Fears of a full-blown economic crisis related to a Greek exit from the eurozone have added to the Fed’s caution, although that nightmare scenario seems less likely now.

“It is still a long way between now and September (when rates could rise), but a Greek deal clears away another potential hurdle to liftoff,” says Mesirow Financial chief economist Diane Swonk.  “I think we should think of it as ‘limp off,’ given the pace of rate hikes will be gradual.”

Long points out that the Fed will be ready to respond if things become unwound between Greece and the European Union.

“Hypothetically, if events abroad (whether in Greece or elsewhere) were to deteriorate, the committee has shown that it does take financial markets into account when setting monetary policy,” he says.

China’s markets in the red

The other potential problem economy is a big one: China. Its collapsing stock market bubble has commanded the world’s attentions.

“Beijing’s increasingly desperate but ineffective efforts to curb the collapse in share prices only add to the sense that China will likely surpass Greece as the major international concern by the time the next FOMC meeting comes around,” says Snaith, the University of Central Florida economist.

While Fed officials continue to cling to their monetary policy mantra of being “data dependent,” they also are hoping, just like the rest of us, that an international crisis won’t develop. For the central bank, a crisis could further delay the return of interest rates back to more normal levels.