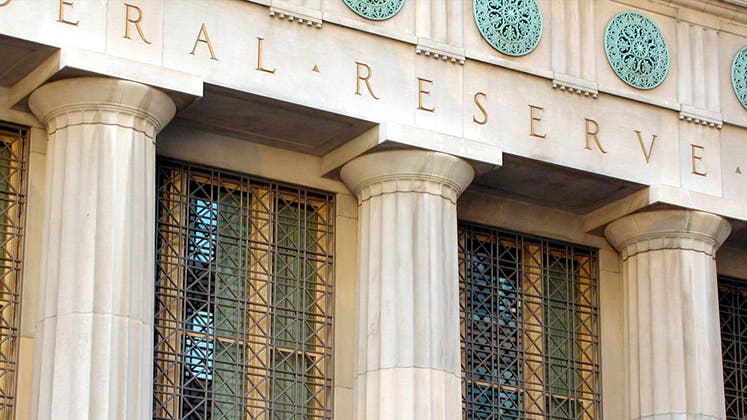 The Federal Reserve and its upcoming meeting on interest rates may not seem to have much in common with Hollywood.

But the policy-setting session had plenty of hype surrounding it just a few months ago, similar to the excitement ahead of a big summer movie. Since then, the winter helped to zap some of the buzz out of the economy. Now, the June meeting could well be equivalent to a Hollywood dud.

The prequel to the June meeting

For months, our Bankrate quarterly survey of economists was zeroing in on this month, June, as the time when the Federal Reserve would finally pull the trigger and raise interest rates. It would be the first rate hike since October 2006.

However, that’s no longer the expectation, because of a plot twist. A quartet of economy-dampening factors interceded:

Economic stagnation around the globe has made the Fed’s job even more difficult.

The Fed’s current screenplay appears to be building toward a third-quarter or September increase in the benchmark federal funds rate. That was what the majority of economists said in our most recent Bankrate Economic Indicator survey, and it’s an opinion that seemed to be affirmed by better-than-expected May hiring numbers from the Labor Department.

As if to prepare global investors for a move, Fed Chair Janet Yellen spoke in May of the likelihood of a rate hike this year and repeated that a pair of conditions must be met. “I will need to see continued improvement in labor market conditions, and I will need to be reasonably confident that inflation will move back to 2 percent over the medium term,” Yellen told civic boosters in Providence, Rhode Island.

The central bank’s policy-setting body, the Federal Open Market Committee, or FOMC, toils mightily to issue an official post-meeting statement that will be parsed by investors and consumers, among others, around the globe. This week’s statement may be similar to Yellen’s recent speech, says economist Gus Faucher.

“I think they’re going to continue to reiterate what they’re looking for and what they want to see before they raise rates. Namely, an indication that inflation is expected to move towards that 2 percent target; that labor market slack is diminishing; and that growth is picking back up again in the second (current) quarter,” says Faucher with PNC Financial Services Group.

Striking the right tone and transparency

Years ago, the Federal Reserve didn’t even issue a statement after its meetings. Now, there are news conferences, too, begun under the last Fed chief, Ben Bernanke. Yellen will hold a news conference following this week’s meeting.

While the central bankers enunciate their goals of transparency and communication with the public, the reality is that they want to communicate only so much.

Bernanke himself mentioned this in a recent blog post. “The downside for policymakers, of course, is that the cost of sending the wrong message can be high,” he wrote. “Presumably, that’s why my predecessor Alan Greenspan once told a Senate committee that, as a central banker, he had ‘learned to mumble with great incoherence.'”

It isn’t that Yellen and her colleagues mumble. Rather, they try to keep some of their monetary policy cards close to their vests.

Some months ago the Fed was saying interest rates would remain low for a considerable time. Before that, it suggested rates could go higher after the unemployment rate moved below 6.5 percent. Now, the mantra is that the Fed is “data dependent,” meaning that it is waiting to see how things develop meeting by meeting.

At least one economist thinks the Fed could stand to save a few words from the text. “It would be nice if they would shorten the statement a bit,” says John Canally with LPL Financial. But he says if the Fed is going to begin raising rates in September, “they are going to have to start preparing the markets now for that.”

The case for moving sooner, not later

With others predicting a June rate hike, Sterne Agee chief economist Lindsey Piegza has said for months that the Fed could wait until 2016 to boost rates. Now, she says some recent inflation numbers play into the camp of the Fed’s hawks, or those who are eager for the central bank to raise rates soon.

“We have not seen a further significant decline in the core (inflation) rate,” says Piegza. “For the hawks, they are going to see this as stability. They are going to argue the downward pressure (on prices) has abated.”

How FOMC members view inflation, as well as growth, employment and the trajectory of interest rates, will be included with the “Summary of Economic Projections” issued at the same time as the official statement. Like the news conference, this comes only after every other meeting. When the FOMC makes a change in statement wording, it is often left to Yellen to explain why during her news conference.

While the statement is a kind of script hammered out by the FOMC, typically some, if not all, of the tension is left for the chair’s news conference. How the Fed’s words and actions play out on Wall Street and Main Street with consumers, borrowers and savers is the real-life drama that has yet to unfold.