Rate hike unlikely; is significant discussion of Trump unlikely, too? 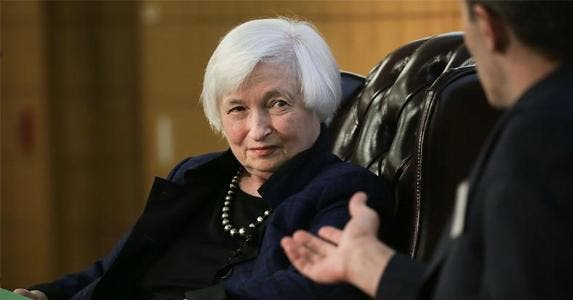 Don’t count on the Federal Reserve to acknowledge the one thing that has people buzzing.

We’re not talking about interest rates. The Federal Open Market Committee is unlikely to boost its benchmark rate for a second consecutive time when it meets Jan. 31 and Feb. 1.

We’re talking about President Donald Trump and how his tax, employment and economic policies may alter how quickly — and by how much — central bankers will increase the federal funds rate, which impacts how much interest you pay on home equity loans and credit cards.

RATE SEARCH: Interest rates are on the rise. Think about refinancing your home today.

“I think the Fed is going to take a break in January and really get a sense of where the economy is headed,” says Lindsey Piegza, chief economist at Stifel Fixed Income. “We don’t know exactly what is going to come to fruition. Right now we’re at the stage of political posturing.”

Indeed, the CME Group FedWatch index, which tracks the likelihood the Fed will make a change in U.S. monetary policy, puts the odds of a rate hike during this week’s meeting at just 4 percent.

As for what the Trump administration has set in motion during its first days on the job, the Fed “probably won’t wade into that mess,” says John Canally, chief economist of LPL Financial.

If the board does, it’s unlikely to appear in the policy statement due to be released at the end of the committee’s two-day meeting. We’ll get a taste of the discussion only when the meeting minutes are released.

Clues about where the Fed is headed

In the minutes from its December meeting when it raised interest rates for the first time in a year, some central bankers appeared to suggest that a Trump presidency could cause an acceleration of rate hikes, although only modestly so.

Fed Governor Lael Brainard, in a speech earlier this month at the Brookings Institution in Washington, D.C., acknowledged Trump is likely to have some impact on the Fed’s decision-making process, if only because nobody really understands what the administration is up to yet.

“It thus seems possible that monetary policy could be affected for some time by uncertainty surrounding fiscal policy and its effects on the economy,” Brainard said.

RATE SEARCH: Park your cash in a safe place. Open a CD today.

But in a speech at the Stanford Institute for Economic Policy at Stanford University, Federal Reserve Board Chair Janet Yellen downplayed a rapid change in the country’s economic fortunes.

“Economic growth more broadly seems unlikely to pick up markedly in the near term given the ongoing restraint from weak foreign demand … particularly in an environment in which monetary policy is likely to become gradually less accommodative,” Yellen said.

In other words, the previously announced policy of going slow on rate hikes remains the name of the game, although Yellen acknowledged there’s a fine line the Fed has to walk when it comes to recognizing when to raise rates.

“Waiting too long to remove accommodation could cause inflation expectations to begin ratcheting up, driving actual inflation higher and making it harder to control,” she said.

The state of the economy

The committee will examine several new economic reports to help guide its decision, including the latest inflation and employment numbers and the Beige Book, which looks at economic conditions in the areas surrounding each of the Federal Reserve banks.

The most recent report showed the U.S. economy had expanded modestly and predicted that wages are likely to rise throughout 2017. Piegza notes, however, that the report found that retailers were “noticeably hard hit” late last year and that there were specific employment sectors with hard-to-fill positions that were driving wage increases.

Indeed, the report noted “reports in more than one district noted that growth in e-commerce had come at the expense of brick-and-mortar retailers.”

“The economy is still not on firm footing,” Piegza says.

And yet average hourly earnings increased at a semi-healthy 2.9 percent annual clip, according to the latest employment report from the Bureau of Labor Statistics. The economy added 156,000 jobs in December, lower than the predicted 175,000 mark.

The unemployment rate rose slightly to 4.7 percent, while the consumer-price index, a widely used measure of inflation, rose above 2 percent for the first time in more than two years.

Both of these data points suggest the Federal Reserve is approaching the threshold of it dual mandate, or monetary policy goals, of price stability and maximum sustainable employment.

“I think they have to acknowledge that inflation is at or above their target,” Canally says.

So, we’re going to get more rate hikes, right?

“I think if anything the case is stronger for three hikes rather than two since the last meeting,” Canally says.

He points as evidence of the Fed’s intentions to raise rates sooner rather than later its recent long-run federal funds rate projection, which it increased in December 2016 for the first time since it began making projections in early 2012.

Piegza, meanwhile, doubts the Fed will increase interest rates three times this year, saying the “Fed’s forecasting ability is significantly in question.” That’s true, given that the Fed suggested it would raise rates multiple times in 2016, but did so only once.

“I think the Fed always aims high but comes up short,” she says.

CARD SEARCH: Find a low-interest credit card that protects you from rate hikes.