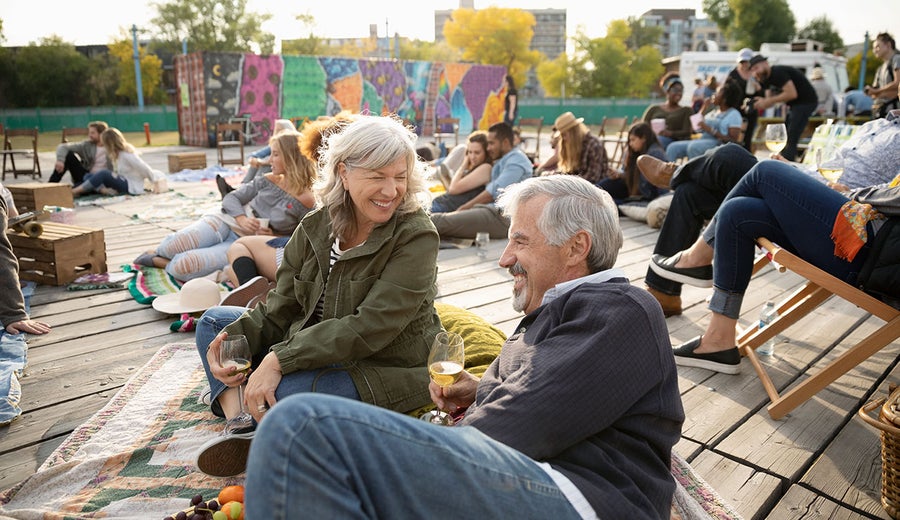 The Federal Reserve has raised the federal funds rate four times this year. Rate increases are good news for millions of diligent American savers, especially those in retirement.

1. Retirees get better returns on savings

Rates on deposit accounts have been low for quite some time. The result has been devastating for retirees counting on safe, fixed returns, says Michael Rubin, a CPA, certified financial planner and founder of Total Candor, a financial planning education firm in Portsmouth, New Hampshire.

During the financial crisis nearly a decade ago, the Fed lowered the federal funds rate rate to a range of 0 percent to 0.25 percent. The current range is 2 percent to 2.25 percent.

“They’re earning a lot less on their savings than any other time in recent history,” says Rubin, author of “Beyond Paycheck to Paycheck.”

Interest rate hikes give retirees something to look forward to, particularly if they’re keeping a large percentage of their cash in CDs and savings accounts. Rising rates keep retirees from having to rely on sources of income that are less liquid.

“When the stock market takes a dive, (retirees) don’t want to be in the position of having to sell stocks to fund their lifestyle,” says Alan Moore, a certified financial planner in Bozeman, Montana, CEO of AdvicePay and co-founder of the XY Planning Network.

Low rates undercut the strategy of using an annuity for a safe income stream.

Moore has been urging investors to avoid annuities until rates climb higher.

“Another option is to buy a smaller annuity today, such as 25 percent of what (investors) would normally buy,” he says.

Doing this several times from different companies over a few years allows you to buy at various interest rates, Moore says. Plus, buying annuities from separate companies protects you if one of them goes bankrupt.

Pension funds have been in big trouble. A 2017 report on state pension funds by Wilshire Consulting found that out of 103 state pension plans that reported actuarial values, 97 percent were underfunded. In order to cover future liabilities, pension funds’ assets must grow at an adequate pace. Low interest rates have made that difficult.

Current pension recipients are unlikely to see their payouts cut, Rubin says, but future retirees may not be as lucky.

Moore agrees and says workers who are worried about their company’s pension plan must take action now. “They need to save more or work longer — as well as delay Social Security — to maximize the benefit they will receive,” Moore says.

Long-term care insurance covers the cost of a wide range of services you may need as you age, including nursing care, assisted living and adult day care. This insurance potentially can save you and your family hundreds of thousands of dollars.

As interest rates fell, insurers saw the return on their investments slip. For every 1 percent decline in rates, insurers have needed to hike premiums by 10 percent to 15 percent, Slome says.

5. Higher rates are a protection from inflation

A surge in prices would easily overwhelm the returns retirees get from CDs, savings accounts and other fixed-income investments. A Federal Reserve increase of the federal funds rate is the best way to tamp down incipient inflation.

Once inflation starts, it can be difficult to stop. In the 1980s, the Fed was forced to crank up rates before it got inflation under control.

Moore has urged investors who fear price increases to keep some of their bond portfolio in Treasury Inflation-Protected Securities, known as TIPS, which increase your principal in tandem with rising inflation.