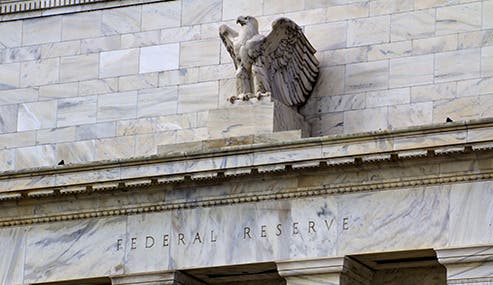 When the Federal Reserve releases its statement on Wednesday, it’s likely to emphasize the decline in the nation’s unemployment, the lack of wage growth, and inflation that remains well short of the Fed’s target.

Members of the Federal Open Market Committee, or FOMC, are expected to affirm a pledge they made at their last meeting to be “patient” regarding future interest rate moves. They also may mention the European Central Bank’s strategy to boost Europe’s struggling economy.

Not ready for rate hike just yet

When the FOMC issued its official statement in December, language was added to suggest that there’s no rush to raise interest rates. “Based on its current assessment, the committee judges that it can be patient in beginning to normalize the stance of monetary policy,” the statement read.

Analysts expect that language to remain largely intact. Still, the Fed needs to keep financial markets on guard for the possibility, or even likelihood, of a boost in the benchmark federal funds rate this year.

“Overall, they are not, I believe, definitively ready to move away from a midyear hike in rates,” says Lynn Reaser, chief economist at Point Loma Nazarene University in San Diego. “Their tendency would be if they want to move earlier or later, it would be later.”

It is even possible that the first rate hike since 2006 slips into early 2016, “depending on the data that we see over the next couple of quarters,” according to Sean Snaith, director of the University of Central Florida’s Institute for Economic Competitiveness.

Will job market continue to heal?

The Fed has acknowledged positive job market developments. The unemployment rate has slipped to 5.6 percent, reflecting increased hiring, as well as falling labor market participation. In 2014, job creation was the most since 1999, averaging 246,000 jobs added per month. At her December 2014 news conference, Fed Chair Janet Yellen called the pace of job growth “strong.”

“Progress continues toward the FOMC’s objective of maximum employment,” she said.

Will the momentum in the job market continue?

“I think right now the only thing that is keeping the Fed on track for a potential June (rate) increase is the continuation of improvement in the … U.S. labor market,” says Alan MacEachin, Navy Federal Credit Union’s corporate economist.

If there is any sign that the job market is truly faltering, “the rate decision gets pushed off just until September,” he says.

The Fed’s Beige Book survey released in preparation for this week’s meeting indicated that while the collapse in crude oil prices has produced some industry layoffs, the drop is mostly positive for consumers and businesses.

Even so, the FOMC can’t overlook the stunning decline, says Gus Faucher, senior macroeconomist at PNC Financial Services Group. “I think they have to acknowledge it, both in terms of what it means for growth, but also what it means in terms of inflation,” Faucher says.

On the other hand, if an oil-price surge were to happen in the coming months, it might catch the Fed and financial markets off guard. It also could produce an unwanted jump in inflation. The FOMC has said it believes the decline in oil prices is temporary or “transitory.”

Bracing for that risk, the Fed might consider sticking to a midyear rate-boost time frame, says Peter Morici, professor of business at the University of Maryland. “Energy markets will rebalance, inflation will surge and the Fed would do well to raise interest rates by midyear, as expected,” he says.

Weakness in overseas economies was not cited specifically in the FOMC’s December statement, but it might decide to mention that risk this time around.

Last week, the European Central Bank said that it would purchase 60 billion euros per month in bonds to keep interest rates down and drive more cash into the banking system. The stimulus move to fight off deflation comes three months after the Fed ended its own program of monetary easing.

The question is: Can such a plan work with Europe’s multiple economies, ranging from a strong one in Germany to weak ones in Greece and Spain?

“We could see further wording (by the Fed) to say the risks of international growth are to the downside, as well as persistent sluggish inflation could warrant continued patience until confidence in a reversal in inflation returns,” says Lindsey Piegza, chief economist of Sterne Agee.

Yellen will soon pass her first anniversary as head of the nation’s central bank. While she generally receives praise for the job so far, she hasn’t yet been tested by a financial crisis as chair.

“As a professor, you don’t want to give a grade until you get to the end of the semester; so I probably would give her an ‘incomplete’ at this point,” says Snaith, from the University of Central Florida.

A big challenge involves how to proceed after years of record-low interest rates and massive asset purchases. “Can she get us through this reversal, this exit strategy, without too much volatility and too much detriment to the recovery itself?” Snaith asks.

Going forward, economists agree that the Fed’s communications strategy could still use some improvement.

“The Federal Reserve has had difficulty in clearly communicating to the financial markets and the public at large in terms of what its policies are and (what) the intentions are,” Reaser says.

Piegza suggests that some of the same patience the Fed is said to be showing with rates also should be given to Yellen, who is steering the monetary policy boat in uncharted waters.

“I doubt any Fed official, past or present, would not equally struggle to provide adequate, full and competent communication to the market under these unprecedented conditions,” Piegza says.