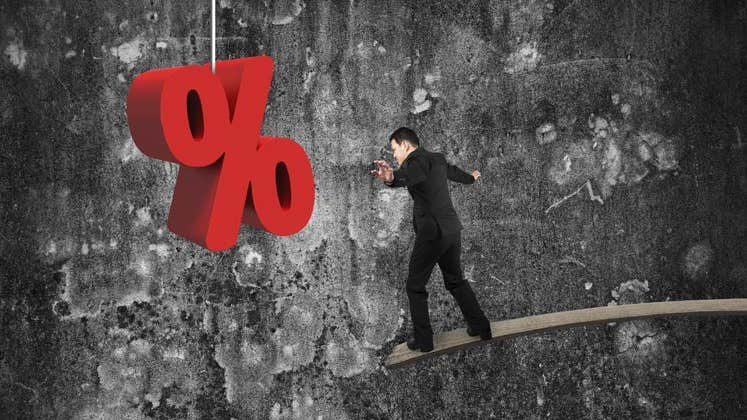 When Federal Reserve officials last met in March, they agreed to stop being so “patient” with keeping their benchmark interest rate at a record low level. Since that meeting, a string of weaker-than-expected economic reports has likely prompted patience once again, although Fed watchers say central bankers are unlikely to plug the p-word back into their statement on monetary policy.

“It seems as if they’re going to be incredibly patient, despite the fact that they dropped the word,” says John Silvia, chief economist for Wells Fargo.

Why is the Fed likely to keep waiting? Growth in the economy, as measured by gross domestic product, was again lackluster in the first quarter. With just 126,000 jobs added, March was the weakest month for hiring since December 2013. The weakness had some resemblance to the winter of 2014, remembered for the so-called polar vortex that put some economic activity on ice.

Beyond 2015’s severe winter weather, longer lasting are the inhibiting impacts of a strong U.S. dollar and lower oil prices. The currency fluctuations make it more difficult for U.S. exporters to remain competitive, and tens of thousands of jobs are believed to have been lost in the energy sector.

While economists expect that economic growth should accelerate as the year proceeds, they also think that earlier forecasts calling for “liftoff” — meaning the first interest rate hike since 2006 — as early as June must now be pushed back at least several months, or even until 2016.

William Dudley, president of the Federal Reserve Bank of New York, said recently that the soft patch in the first quarter “will prove to be largely temporary.” Growth throughout this year should be similar to what’s been seen in the past couple of years, he said.

The official statement on monetary policy to be released Wednesday, after a two-day Fed meeting, will probably refer to the first-quarter slowdown by noting a variety of “transitory” (as the Fed likes to say), or short-term, factors such as weather and possibly the labor dispute at West Coast ports, which has since been resolved.

Inflation remains below the Fed’s 2 percent target. Expect something resembling, if not duplicating, language in the March statement, which said the “Committee expects inflation to rise gradually toward 2 percent over the medium term as the labor market improves further.”

On interest rates, there could be a virtual cut-and-paste job, as well.

“I don’t think there will be very much change in the policy section at all,” says Silvia.

The March statement indicated there’d be no rate hike at this week’s meeting. Wednesday’s statement could provide a similar wave-off about the next meeting, in mid-June.

Traditionally, the main way the Federal Reserve has guided the economy has been through changes in the federal funds rate, which governs lending from one bank to another. Depending on what’s happening in the economy, the Fed might boost rates to guard against inflation or cut rates to encourage growth, as it did during the financial crisis.

With the fed funds rate currently as low as it can go (at the “lower bound,” as officials like to say), the nation’s central bank lacks a bullet in the chamber, if things were to suddenly go bad in the economy.

Are central bankers worried that the rate-cutting tool is absent from their monetary policy tool box? “They don’t have the same kind of ability to prop up the banking system that they did. The safety net is nowhere to be seen,” says Scott Brown, chief economist with Raymond James & Associates.

Meanwhile, worries about financial bubbles have expanded as the era of low interest rates is prolonged.

Charles Calomiris, the Henry Kaufman professor of financial institutions at the Columbia University Graduate School of Business, thinks the Fed is playing with fire by keeping rates so low.

“I think the Fed is going to be caught behind on inflation. Just as bad, possibly, are the bubbles that we see forming in various asset classes, which the Fed (fostered) from 2002 to 2005 — and it did not learn,” he says.

As for bubbly sectors, Calomiris notes that “farmland is probably 35 percent or more overvalued, on average,” and he’s also concerned about the stock and bond markets.

A calculation using the “Taylor Rule,” named after noted Stanford University professor John Taylor, suggests Fed policymakers “are about 1 1/2 percentage points behind” on raising rates, Calomiris says. The Taylor Rule determines where interest rates should be, based on inflation levels and certain economic factors.

“Overall measures of equity valuations (stocks) are on the high side but not outside of historical ranges,” she said. “Taking into account a broad range of metrics that bear on financial stability, our overall assessment at this point is that threats are moderate.”

Brown, at Raymond James, says Yellen and her cohorts should be concerned about longer-term issues that may not be apparent right now. “Who knows what it could be? We like to say, it’s always the punch that you don’t see coming that knocks you out,” he says.