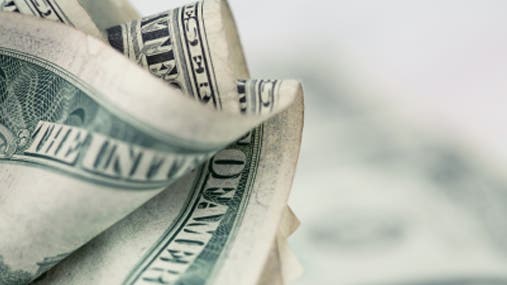 The landmark Dodd-Frank Wall Street Reform and Consumer Protection Act of 2010 gave the Federal Reserve a number of new responsibilities. Some influence consumers in their day-to-day banking activities. Others are intended to reduce the likelihood of another financial meltdown and give the federal government more options to respond if one occurs.

According to the Fed website, the Fed is responsible for issuing a number of rules required by Dodd-Frank, sometimes alone and sometimes in cooperation with other federal financial regulatory agencies.

The rules affect many different areas of the banking system. For instance, in recent months, the Fed has issued:

No next financial crisis

Consumers might wonder why these and other esoteric-sounding Dodd-Frank rules are important.

The answer is that collectively they’re intended to strengthen the U.S. financial system and help the federal government respond to or avert a new financial crisis, says Wayne Abernathy, executive vice president of financial institutions policy and regulatory affairs at the American Bankers Association, a banking industry group in Washington, D.C.

“They are supposed to take actions to make a financial crisis less likely,” Abernathy says. “It’s a mistake to say anyone has a formula to end the possibility, but the Fed now has more tools to respond when a crisis does occur, so presumably it can be resolved more quickly and less painfully.”

If the reforms are properly and successfully implemented, it’s possible that no one will notice because the economy will just continue on without crisis-proportion problems, Abernathy says. Whether that hoped-for outcome will in fact be the case is unknown at this point since the new rules haven’t been tested.

“If the Fed does it right, many problems will be avoided and the problems that do come up won’t turn out to be a big deal because they’ll be resolved in a rational, predictable and non-systemically risky way. It’s the train that doesn’t derail, and the occasional derailing is a minor event instead of a major catastrophe,” he says.

The Fed’s involvement is so important that it had a nickname, the “bank of last resort,” even before the financial crisis and enactment of Dodd-Frank, says Dan Geller, executive vice president of Market Rates Insight, a rates and data research company in San Anselmo, Calif.

“They saved us in 2008 because when things got ugly, they came to the rescue,” Geller says. “It’s not like the government is giving money to industries. They increase the liquidity in the market. That’s what (Fed Chairman Ben) Bernanke did in 2008 and is still doing.”

The Fed also has been involved in another Dodd-Frank rule that affects banks, retailers and consumers. This rule, known as the Durbin Amendment, imposes federal government-mandated caps set by the Fed on debit card interchange, or swipe, fees that banks charge retailers when consumers use a debit card to purchase goods or services.

Abernathy says Dodd-Frank put the Fed in the uncomfortable position of having to figure out how much banks should be allowed to charge. The issue has been so controversial and contentious that it is the subject of a lawsuit against the Fed itself.

“The statute is not terribly clear, and the question the judge or court will have to decide is: Do we leave that discretion with the Fed to decide what it can include in setting this number or not,” Abernathy says.

Consumers might not care whether banks or retailers win at the end of the day. But Abernathy says getting a debit card might become more difficult or costly over time if the Fed can’t allow banks to charge retailers higher swipe fees for debit card transactions. If that happens, it might be a negative outcome for consumers.

While Dodd-Frank gave the Fed these and other new responsibilities, the law also took away some of the Fed’s existing responsibilities, mostly in the area of consumer financial protection, and gave them to the brand-new Consumer Financial Protection Bureau. The CFPB educates consumers, maintains a consumer complaint database and has introduced a flurry of major new rules and regulations that affect home mortgages, student loans, foreign money transfers, payday loans and debt collection, among other areas.