QE3 has chance to be effective

As America counts down to another presidential election, an unusual amount of uncertainty hovers over the economy. The unemployment rate has dropped in recent months, but the recovery remains sluggish.

Meanwhile, the country continues to inch up to the edge of a fiscal cliff that could mark the dividing line between the solid ground of continued expansion — or a free fall into a new recession.

Les Manns, professor of economics at Doane College in Crete, Neb., watches these developments with concern. He believes the Federal Reserve’s third round of quantitative easing, or QE3, policy has a chance to be effective, but adds that there are no guarantees. He also says that no matter who wins the presidency in November, politicians must rise above partisan concerns and put the needs of the nation first. 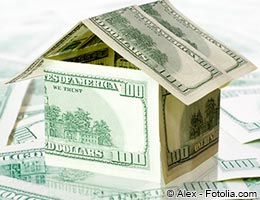 What, if any, impact will QE3 have on economic growth and the unemployment rate?

Long-term mortgage rates are already quite low (around 3 percent to 3.5 percent) and the 10-year Treasury bond is currently yielding about 1.65 percent. Thus, the Fed sees room for mortgage rates to fall further.

Under QE3, the Fed has committed to buying $40 billion of mortgage bonds per month. This will raise bond prices and decrease bond yields, thereby putting downward pressure on mortgage rates. Furthermore, it will add even more liquidity to bank balance sheets that are already flush with reserves.

The Fed’s ultimate hope is that this will: No.1, lead banks to offer more loans at even lower rates, and No. 2, encourage consumers to refinance existing mortgages at lower rates or take out a loan to purchase a new house.

If — and it is a big “if” — this policy works, it could have positive effects on the growth of real gross domestic product and even decrease the unemployment rate somewhat. However, consumers are still carrying a lot of debt that they are trying to pay down. Thus, their willingness to take on more debt is questionable.

In summary, given that the job market remains weak and businesses seem hesitant to increase hiring, the probability of QE3 having the kind of impact the Fed would like it to have is low.

Risks of a future surge in inflation 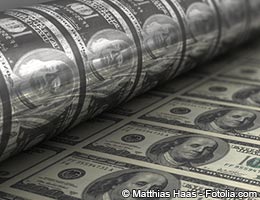 Does QE3 heighten the risks of a future surge in inflation?

Since 2008, the Fed has added trillions of dollars’ worth of liquidity to the economy to shore up bank balance sheets, ward off any possibility of deflation and stimulate the economy. The problem is that most of this liquidity remains in banks. Consumers and businesses are unwilling to borrow, and banks are reluctant to lend.

Certainly, the potential for a future surge in inflation exists, and QE3 increases that potential by adding even more liquidity to the system. However, what liquidity the Fed adds through bond purchases it can take away through bond sales. Assuming the Fed monitors the economy closely and acts in a timely fashion, it should be able to remove excess liquidity over time before inflation gains a foothold. Therein lies the art of central banking. 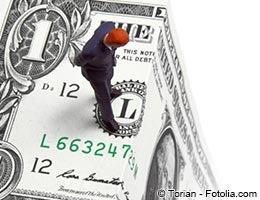 What impact is the looming fiscal cliff having on the US economy now, and what impact will this uncertainty have through year-end?

Most everyone agrees that the U.S. economy will revert to recession next year if the automatic tax increases and spending cuts scheduled to go into effect in early January 2013 actually occur. This fact, combined with the realization that nothing will get done to address this problem until after the election, has created more uncertainty regarding the economy’s health now and in the near future.

There will be a small window of a few weeks after the election where some type of compromise may be worked out to avoid the fiscal cliff. It is slightly encouraging that a bipartisan group in the Senate has already begun working on a plan that could garner enough support to pass a lame-duck Congress, but only time will tell if that is true.

Washington’s wait-and-see approach does nothing to calm private sector fears of the current political stalemate having even more adverse effects on the real economy. Uncertainty goes hand-in-hand with the unwillingness of banks to lend, businesses to invest and consumers to spend.

Thus, more uncertainty is the last thing the U.S. economy needs at this time. Congress and the president, whoever is elected, must put the needs of the nation and the American people ahead of their own political agenda, or falling off the fiscal cliff could become reality.

We would like to thank Les Manns, professor of economics at Doane College in Crete, Neb., for his insights. Questions for this interview were contributed by Greg McBride, CFA, senior financial analyst for Bankrate.com.